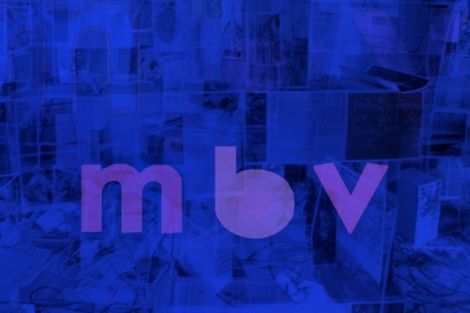 My Bloody Valentine have released their first album in 22 years, Getintothis’ Alistair Houghton unpicks the fruits of m b v and questions whether it’s possible to follow up a masterpiece after such a wait.

It’s not an easy thing to do, as you can tell from even the most cursory glance at music history. But this weekend, at last, My Bloody Valentine have done just that. And, thankfully, they’ve done it rather well.

Their stunning, groundbreaking, mindblowing Loveless album snuck out at the end of 1991 after a two-year gestation that almost bankrupted Creation Records as mainman and guitar alchemist Kevin Shields pursued his dreams of sonic majesty.

It was, anyone with any taste in music can aggress, worth the wait, taking guitars to places they’d never been before, pulsing, grinding, pirouetting, spiraling, while Shields and Bilinda Butcher sang about…well, stuff, it’s hard to tell. It’s a record that’s all about the sound, the feel, the noise, not mere words.

After that long wait came tours famous for their insane volume. Then Shields, Butcher, bassist Debbie Googe and drummer Colm Ó Cíosóig entered the studio once again. And never came out.

But the mid-90s came and went, the follow-up never arrived, and “the follow-up to Loveless” became a rock myth.

There were years of rumours – hours of material had been recorded, some of it was influenced by jungle – while Shields went on the road with Primal Scream and recorded the soundtrack to Lost In Translation.

Then, in 2008, MBV reformed for a short tour. Surely the follow-up would follow? But no.

Then, at the end of last year, us MBV-heads heard the album was complete. Still we doubted. Then, just last week, onstage in London, Shields said it would be released in days. Still, we doubted.

Then, late on Saturday night, MBV’s Facebook page told us the album, called m b v, was going online on MBV’s new website. Which promptly crashed.

But, early the next morning, I awoke and got my hands on a digital copy. There’s a wait for the physical release, of course.

Following up a masterpiece is tough. And there have been so many disappointments.

The reviews are harsh, the artists wobble on their pedestals. But then, years later, you can ‘reassess’, as the critics say.

So you can see that Magical Mystery Tour has moments of wacky genius, but was a necessary blowout before The Beatles reshaped again. Yes, Goat’s Head Soup is lazier than Exile and marks the end of The Stones‘ Imperial phase, but it does that with a louchely arrogant threateningness that’s still a damn good sleazy listen. Smiley Smile is a charmingly wobbly bubbly psychedelic oddity. 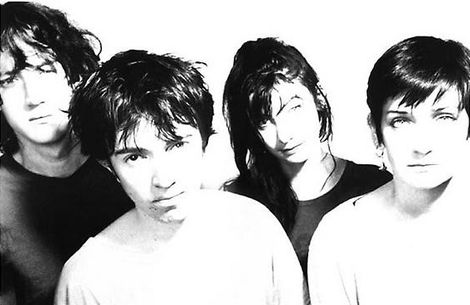 So maybe the secret is to just plough straight on, get that follow-up out right away and let the expectation go so you can carry on doing new stuff.

And yet, we can all see why it’s tempting to tweak that follow-up a bit harder, take a bit longer…and then you end up with The Second Coming. Yes, that’s been reassessed itself now, and it’s not bad, but at the time it was a bit of a disappointment.

There’s the Radiohead route – itself a successor to David Bowie‘s serial image changes; of proclaiming that you weren’t going to do a follow up at all.

The problem is that the expectation keeps growing. And growing. It must be tempting never to release anything at all, to stay silent. But MBV have now broken their silence. So was it worth it?

Where Loveless and predecessor Isn’t Anything opened with power, m b v opens with softness. she found now is a gentle strum-along that drops you into a warm, fuzzy, all-enveloping duvet of sound, with Shields‘ fragile lead vocal barely audible. It’s most reminiscent of Something, the quietest number from Loveless. And it’s a clever play on MBV’s part. A crashing, howling opening would have been too obvious, and too easy after all this wait – she found now’s quiet denseness forces you to listen, and listen carefully.

Butcher takes the vocals on only tomorrow, to a lolloping drumbeat that gives that warm fuzz a harder edge. A repeated riff circles through to the fade, hinting at the way the song could become a blisteringly loud powerhouse live.

Shields‘ back on who sees you, launching with a grinding tremeloed riff that could come from Loveless, but a skittering rhythm that somehow couldn’t. And yet, we’re learning, this song gets more Loveless-y with every repeated listen.

There are swells of vibrato noise at the halfway point where more conventional types would put a guitar solo, and they return, louder, bigger and looming after five minutes, those crushing masses of guitar-yet-not-guitar sounds, lifting the track skywards towards the epic. Till it suddenly stops.

Then, on is this and yes, things go all Stereolab; a gentle warm fuzz with tom-toms echoing in the background, a rhythm from a nearby jungle, as Shields, Butcher and co play a Pet Sounds-style keyboard led instrumental their way before Butcher whispers gently over the top.

It’s hardly a Bowie-esque image change for MBV, but it’s a sign Shields hasn’t been content just to rely on the sounds of m b v‘s illustrious predecessor.

if i am is a bit of a sequel to the previous track, as a drum into heralds more Butcher whispering over lightly churning guitars and more of those Beach Boys Wrecking Crew keyboards, stabbing this time. Distorted whale guitars swim in on a mini solo, and later Butcher and Shields harmonise beautifully – California vibes again – before a fluttering instrumental snippet, a la Loveless, leads into new you.

And new you is perhaps the real oddity on here, because it’s almost – almost – a pop song. There’s a driving rhythm, a thudding, fuzzy bassline, even a couple of drum breaks. We’re talking an indie-shuffle pop song here, rather than One Direction, obviously, but still.

Next, on in another way, they bring the noise, lifting the vaguely happy fuzz and reminding you again that, yes, these are the guys who make ears bleed in live feedback wigouts. The drums clatter dancily, guitars roar and grind, Butcher whispers, and every so often what sound like synth strings swirl the song again.

It ends, an amp fuzzes, and then it’s into the driving, almost country and western rhythm of nothing is. It’s just the same short motif, over the same galloping drums, pounding bass and two-chord rhythm all the way through but getting, of course, louder all the way through. A psych-punk c&w record skipping, endlessly, it’s a cousin to Glider, the instrumental from its eponymous 1990 EP.

It’s nothing and everything all at the same time. And it sounds like it could, no should, be extended into an earmelting sonic pile driver live. And finally, the comeback ends with wonder 2 – MBV and m b v goes psych prog, if you didn’t think they had already.

It’s phased all over the place, sounds swooshing from speaker to speaker, but this is no 60s relic. It’s as near as you get to the sometimes rumoured dancey direction they were meant to be taking. The buried rhythm could be punk rock, could be jungle, you just aren’t quite sure, as that phased grinding jet engine trail roars all over and those keyboards stab again in the cloud – or are we just hearing things – and Shields floats over the top in his highest-pitched vocal on the record, almost Byrdsian as the vocals layer and, as the rhythms skitter, the feedback howls and the wondrous sound, builds and builds and builds and then the wall of sound is pulled back and the drums pound louder and the aural jet engines streak through your ears one final time and then it’s over. It’s over.

LOTS of people hoped this would be Loveless Part Two. And, in the hours after its release, that’s what lots of people on Twitter were saying.

We’re not so sure. Yet. On first impression it sounds part follow-up, part collection of lost out-takes from Loveless. Just as MBV‘s music floats between descriptions – it’s not just shoegaze, noise rock or psychedelic, though it’s all of them – so m b v floats in time. We wouldn’t be surprised if we were told me these tunes were recorded in 1993 or 2012.

But that’s no criticism. It’s not going to able to melt our heart and soul like Loveless has. That’s had years to do it, while m b v has had a couple of days.

But it’s great. Really, really good. We love it more with each listen. We’ll love it even more by the time you read this. And crucially, nobody else could have done it.

In a way, this record was never going to be about Shields proving his genius. He’s already done that, several times over. His place in the sonic pantheon is assured. It was about not letting people down after all this time. For MBV-heads, silence would have been better than disappointment.

You can, it seems, follow up a masterpiece after more than 20 years. Your turn, Lee Mavers.

Listen to My Bloody Valentine‘s m b v in its entirety here.