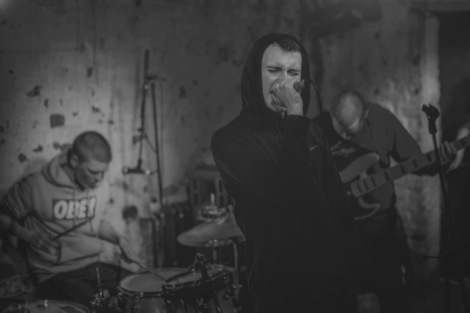 New Blood Club is the latest club night in Liverpool promising to bring the discerning live music fan their ‘favourite new band’.
A big ask, but with Liverpool in rude shape, NBC have certainly chosen an optimum time for showcasing new talent.
The night kicked off with Nadine Carina, who took to the stage with little but a MacBook, a loop station and a handful of tuned percussion. Her blissful, building melancholic textures, coupled with haunting vocals, left those who had climbed aboard The Ship early enough feeling undeniably mellow.
Next up were Middlesbrough-based indie/pop ruffians Collectors Club. You’d never have guessed it was their first show in Liverpool as the helm quickly began filling up with fans (and mums) eager to watch one of BBC Introducing‘s picks for 2013. They didn’t disappoint, bashing through a set of tight, hooky indie bangers laced with memorable melodies.

By the time Highfields took to the stage, the Ship was bustling. Fronted by the charismatic Robert Mulder, Highfields seamlessly mix folk and pop sensibilities and churn out something altogether new. And they put on a damn good show. Tonight was no exception as they rattled through a mixture of new and old tracks ending on crowd-pleaser Waste of Space. 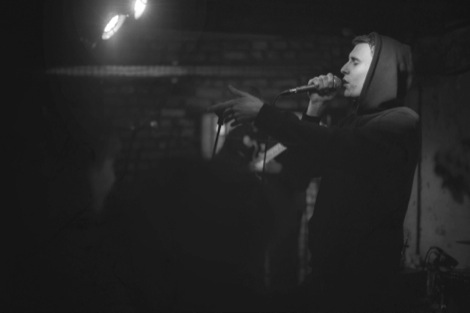 Coffee and Cakes For Funerals’ Joe Hazlett gives a characteristically impassioned display
Following Highfields were Mancunians, The Cold One Hundred and while showing some promise towards the end of their set, for the best part they sounded like a handful of other indie bands, regurgitating the 90s through distorted power chords, baggy jumpers and floppy fringes.
Closing the night were Coffee and Cakes For Funerals, who’s unique blend of flawless R&B vocals, clean guitar chops and propulsive beats had what was now a sold out room hanging onto every lyric.
For its debut outing, New Blood Club successfully showcased some of Liverpool’s finest emerging talent – and all for two quid. Roll on part two, because we’re thirsty for more.
Photographs by Daniel Ilabaca.
Getintothis‘ Liverpool’s Ones to Watch for 2013
Getintothis on Nadine Carina.
Getintothis on Highfields.
Getintothis on C&CFF.

Share. Twitter Facebook Google+ Pinterest LinkedIn Tumblr Email
Previous ArticleChain and the Gang, Lovecraft: The Shipping Forecast, Liverpool
Next Article My Bloody Valentine return with m b v but was it worth the wait?