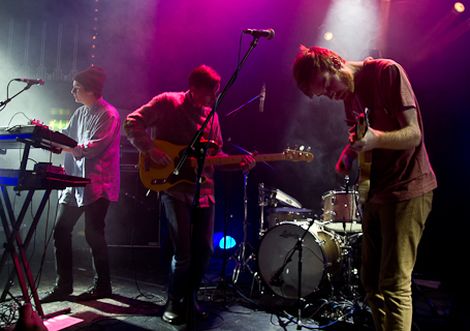 Few albums in 2012 resonated quite as much as Wild Nothing‘s Nocturne.
The second full length from the guise of Jack Tatum dominated most end of year lists for it’s 80s tinged, ethereal take on indie pop. Tonight sees the first date of their brief UK stint off the back their Australian tour, and the band’s much-anticipated Liverpool debut.
Wide spread accolades from media and fans aside; Tatum hardly paints the image of your average hype artist, instead preferring to exist in the background of his music. Self composed in his Virginia dorm room and almost entirely self performed on record, the project has always attracted a level of scepticism as to how he’d translate his studio project into the live environment.
Always the introvert, one can only be curious as to how his bedroom imaginations will come across in the flesh.
Support comes from The Wirral’s very own dream weavers and recent GIT Award nominees, By The Sea – a match very much made in heaven.
No stranger to The Kazimier stage, the five-piece jump into tracks from their superlative eponymous debut. An album that oozes subtle ambience and characteristically hazy production, like tonight’s headliners, By The Sea also faced with the difficult task of translating their sound in the live environment.
Within the first bars of set opener Alone Together, you can safely put that argument to sleep; the raw energy of the band adds new life to the record with punchy rhythms, while the band’s mesmerising guitar lines glisten as well as they do on record.
Currently working on a follow up with Bill Ryder-Jones on production duties, the band give tonight’s crowd an taste of their forthcoming sophomore record. Building on the band’s winning formula, new material sounds more defined and confident.
Tracks like Dream Waters and Eveline are met with a great reception from tonight’s crowd, most of whom have seen the local band go from strength to strength in recent months but it’s the ease at which their new material flows one track to the next; with little bravado they ooze assurance and musicianship which is seemingly plucked from a heavenly ether. 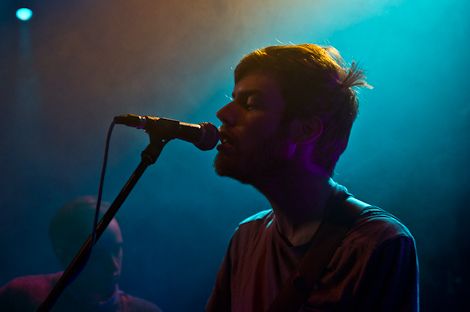 Wild Nothing make their way onto the Kazmier stage bathed in blue lights, launching straight into leading single Shadow. The stomping rhythm and spacey keys of Nocturne‘s opener shows a band that have grown from the confinement of the bedroom, with a sound now fully refined to a live environment.
The band move into a set heavily focused on showcasing their recent album, at times delving into fan favourites from debut Gemini.
Notable, however, is a suggested level of fatigue, with the performance at times coming across slightly lack lustre, however as the set progresses Tatum and co manage to shake off the proverbial tour lag, meeting the crowd’s enthusiasm with their own engaging performance.
Paradise embues the crowd in waves of cosmic swells, as the band break down into an ethereal middle eight, before launching back into the pounding, percussion fused nostalgia of the final chorus while Nocturne cuts through the venue with shimmering guitar lines and Tatum’s silky vocals.
Tatum, meanwhile, talks softly between songs, sheepishly taking sips from the mug of tea beneath his microphone stand. Closing the first part of their set on Blue Dress, the band comes to life to a backdrop of winding rhythm and calypso key riffs.
Returning to a cover of Head Full Of Steam by The Go-Betweens, they truly cut loose before closing with crowd favourite Summer Holiday. The retro guitar driven sound and group vocal chorus of the bands early early single brings the evening to a fantastic close, as the crowd sings along with gusto.
For many bedroom composers, the idea of a live set is one that seems alien, yet tonight, Wild Nothing prove Tatum’s ideas, though born in solitude and seclusion, are hazy sun-soaked sounds tailor-made for the masses.
Pictures by Getintothis’ Michelle Roberts.
Further reading on Getintothis
GIT AWARD 2013: Nominee profile – By The Sea.