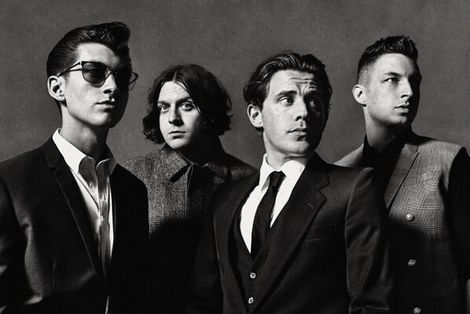 The Arctic Monkeys will play Liverpool’s Echo Arena on Monday October 28.
The date follows the release of the band’s fifth album entitled AM on Monday September 9, and the band’s headline appearance at Glastonbury this weekend.
Support comes from The Strypes who played two sell out gigs earlier this year at Leaf – read Getintothis‘ review and picture gallery.
The band dropped their first offering, Do I Wanna Know?, from AM earlier this month. The album is produced by James Ford and features Josh Homme, Pete Thomas and Bill Ryder-Jones.
John Cooper Clarke also features on the track I Wanna Be Yours.

Tickets on sale 9am on Friday July 5 here.
Further reading on Getintothis
Getintothis reviews The Arctic Monkeys at the Echo Arena, Liverpool.