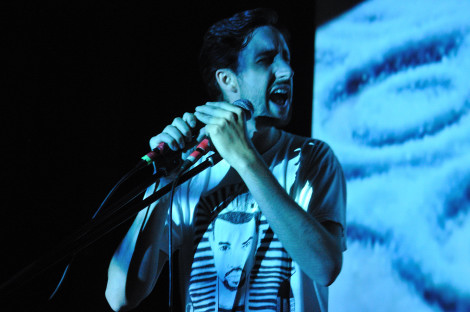 Intimate, intense and near heart-breaking, How To Dress Well offers up a lesson in emotional rollercoasting, Getintothis’ Stephanie Heneghan revels in the post-weekend glow.

Monday night gigs are always a sombre state of affairs, the hangover from the weekend still jarring and the overwhelming urge to just get into bed fully clothed as soon as we get home from work; or is that just us?
Bravely fighting a Sunday eve wine hangover, Getintothis manned up – and scranned up (pulled pork sandwich breathes life into any situation) – and headed down to the cosy environs of Leaf to catch Tom Krell as his How To Dress Well alter ego.
It has to be said that we’re not clad appropriately for the occasion, rocking up in a sweatshirt we keep finding speckles of dried paint on. Shabby chic is in right now, yeah? 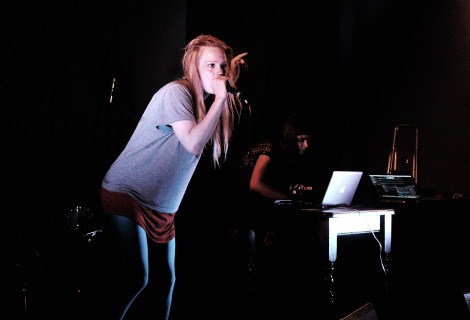 KALA at Leaf supporting How To Dress Well
After opening with KALA, a new Liverpool act comprising Purvi Trivedi and Wet Mouth‘s Veslemoy Rustad Holseter, who have listened to too much Bjork and tried to replicate it while parading about in American Apparel – a combination which is as distressing as it sounds – we’re treated to the always delightful Coffee and Cakes for Funerals. 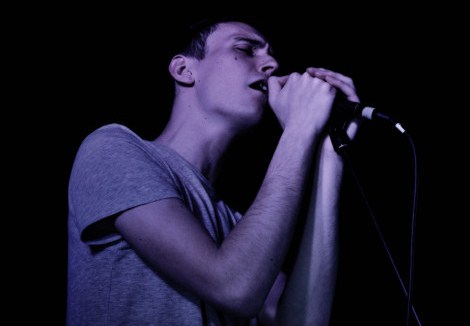 Coffee and Cakes for Funerals supporting How To Dress Well at Leaf
Even allowing for having seen them play the same set very recently at Sound City, they seem to be improving with every show; their infectious blend of hip hop and laid back pop impossible not to jig along to (yes we said jig, what of it?).
Lead singer Joe Hazlett‘s vocals are worthy of an album deal on their own, surely it’s only a matter of time before we see them troubling the charts. 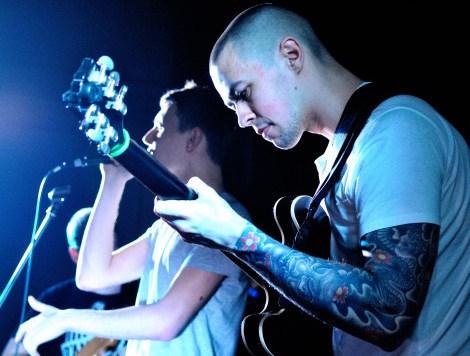 Coffee and Cakes for Funerals once again showing their fine live credentials at Leaf
After an interlude from Forest Swords, who is in charge of DJing duties for the evening, How To Dress Well takes to the stage and immediately asks the audience to come closer, no closer, yeah closer still, like a hipster version of the Big Bad Wolf.
At first this feels uncomfortably intimate and we’re acutely aware of the proximity of those around us but as the gig progresses it feels almost comforting to be so close to each other, almost like a hug. That, however, might be the wine hangover talking.
We’re not alone in the hangover by the way. Krell informs us that he is also suffering from the previous night’s joviality, which makes his performance all the more remarkable.
Opening with Cold Nites – a track produced by the aforementioned Forest Swords – he delivers a remarkable and intense set. Despite joking with the crowd that they’re just riffing on the set list, his vocals are haunting and fragile throughout.
Heartbreakingly so in places, when he delivers an a cappella version of a song written about his brother, Blue, the emotion is palpable. 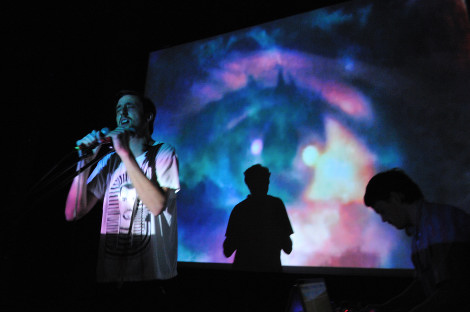 Tom Crell aka How To Dress Well at Leaf Tea Shop
Performing in front of a screen showing atmospheric visuals, he seems both at ease and nervous, occasionally chiding the audience for making too much noise. The Ashanti referencing Running Back provides a lighter moment, and he frequently laughs at himself, whether it’s telling the crowd about his headache or messing up the intro to a track and starting it over.
It’s – to borrow a much overused phrase – a bit of an emotional rollercoaster, but one that we’re more than happy to have ridden. And to answer the question that we’ve been jokingly asked all week, ‘How To Dress Well? But what did he wear?‘ it was a Deer Dana Kanye Pharaoh t-shirt that we’ve scoured the internet to find – there is one left in New Zealand, so if anyone fancies lending us $190, we can dress as well as Krell. 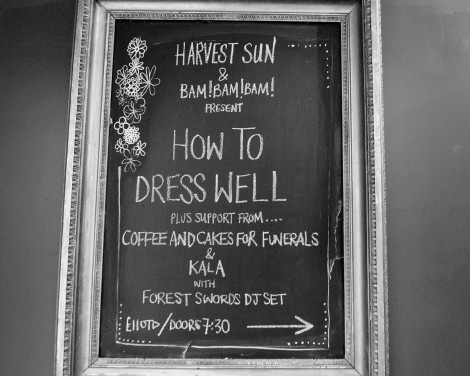