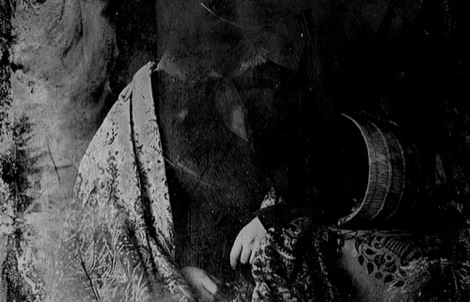 Liverpool producer Nights readies his first album, Wrath, and talks to Getintothis about mood swings, insomnia and how emotional turmoil carved out such a terrifyingly beautiful record.

Merseyside drone-techno producer Nights releases his debut album Wrath on August 6.
The enigmatic Liverpudlian, now residing in Oxford, is set to drop his first full length record via independent Washington DC label Car Crash Set.
The tracklisting runs: 1. Hidden, 2. Fracture, 3. The Eternal, 4. Rift, 5. Bleak, 6. Undertow, 7. Tainted, 8. Summon, 9. Output.
Having produced some of the most vital, thrilling and often unsettling dance music from these parts under a range of guises, Nights has honed his skills on a nine track piece riddled with introspective depth, future bass rumbles and threatening ambience.
Getintothis caught up with the man – who insists on remaining nameless – to talk about Wrath, the recording process and how emotional turmoil carved out such a terrifyingly beautiful album. 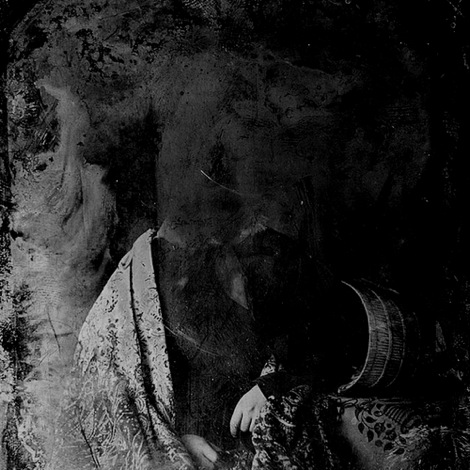 Getintothis: Tell us about the making of the record; your inspirations, ideas process and recording.
Nights: Last December when the album became a serious thing I started toying with the idea of combining techno and dubstep.
I love both so much, and obviously there’s so much room for experimentation and a fair bit of middle ground, it was to my benefit since I could try writing anything, no matter how weird, and it would be an experience.
Since December I’ve written about 80 songs, most of them are rubbish and won’t ever see the light of day, but the way I was writing was to just keep smashing out tunes, and see what sticks. Then, if it was good to begin with, I’d focus on it a lot more and try getting as much out of it as I could.
The songs on the tracklist were different every month, but I feel now I got it correct. I wasn’t in any rush writing it. I was pretty much writing for myself, writing until I had something I was really comfortable with; a record I was proud of.
I was focused on the music though, hence why no one has really heard from me for a good while. I’d be writing at least two to three hours per day. I stopped going out as well.
Getintothis: The new record is darker, harder and more intense than some of your earlier work, what shaped the music?
Nights: Basically I’m a moody person and the last year has been pretty fucking weird for me.
At the same time I couldn’t write an upbeat song, it’s just not me. I write in isolation which you could probably hear in some ways on the album. A lot of the earlier stuff I’ve done, I’m not proud of, it makes me cringe a bit, and it was natural to move away from it.
I still occasionally listen to one or two bits just to make myself feel better about where I currently am.
Getintothis: How did you get involved with Car Crash Set?
Nights: I sent the label boss a handful of tunes late last year. I told him my idea, because obviously it would be a slightly eclectic record and not many labels do that kinda thing.
He liked my vision and said I can do it and they’ll put it out, but to take my time with it. So since December I’ve been sending him tunes every few weeks – some good, some bad, some weird, and I was listening to his feedback which has helped me a lot.
Like I said before, I write tunes in isolation, so you can lose focus often, but with a second pair of ears like his he’d tell me what was good about it and what was bad.
Getintothis: Do you still have trouble sleeping, does music help you sleep or even relax?
Nights: Yeah, I basically haven’t slept well since December because I was spending hours and hours a day writing. For a while I was going to sleep at 4am everyday purely cause I got caught up writing so much, but on the other hand the stuff I’m writing and listening to – like Digital Mystikz – is really meditative. It’s deep and helps me get into a good headspace.

Getintothis: You’ve travelled quite a bit this year with your studies how has that influenced your music?
Nights: I’ve had a chance to hear new music, experience new sound systems and meet some amazing people. The biggest impact was the nights out in London, each one was an amazing experience I wont forget and its definitely helped shape my writing.
Getintothis: Any live dates planned?
Yeah, I’ve some more in Oxford soon. One in Liverpool and one in Kent in September. Plus I’ll be playing more when the university year begins again.
Getintothis: What’ve you been listening to lately, plus are there any Liverpool artists that interest you?
Nights: I’ve got a whole load of Youngsta Rinse FM mixes from 2005 to 2011 that are amazing.
As for recent stuff, I’ve been listening to Objekt a lot, the level of detail in his music is mad. The Sandwell District Fabric mix was also really really good.
Slackk (Getintothis on Slackk) is probably the most interesting one for me from Liverpool in recent times, his tunes sound fresh and creative.

Getintothis: We always ask this, but here goes, you’re holding a dinner party around your house, which five people – fact or fiction, dead or alive – would you invite?
Nights: The five people would be, Mala from Digital Mystikz – this man has written some of the best songs I’ve ever heard. Youngsta – he has pretty much all the important dubplates going, he’s a sick live DJ too. Surgeon – he’s a very important figure in the history of British techno.
Marcel Fengler – the man’s a genius and A Guy Called Gerald. His album Black Secret Technology still makes my jaw drop everytime I hear it.