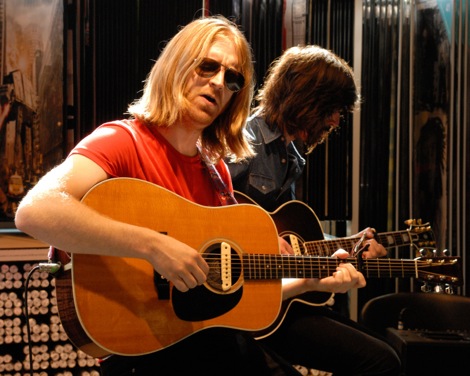 It’s a lovely warm early Monday evening and a small group has gathered in the corner of HMV in Liverpool One.
Not to look through the naff posters or racks of DVDs mind, but to watch the drummer from one of Merseyside’s most popular bands play an intimate acoustic set.
Still amidst The Coral’s hiatus, Ian Skelly, backed by his ‘Serpents‘ perform a small handful of tracks before a signing session for his re-released debut album Cut From A Star.
The trio fuse deft slights of hand married to gorgeous rhythms evoking the likes of Kurt Vile, Fleetwood Mac and Tom Petty.
Skelly and his Serpents deign to rest on their laurels and influences, instead combining it with melodies and an attitude very much rooted in the modern day.
Not a bad way to spend a Monday evening. 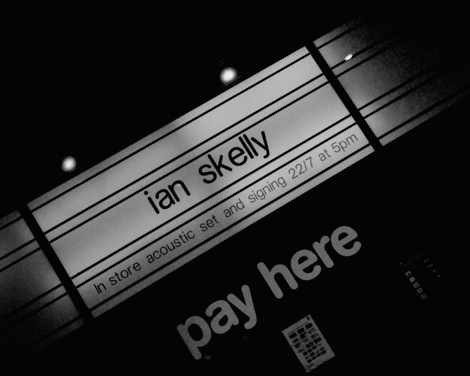 You know where to go… 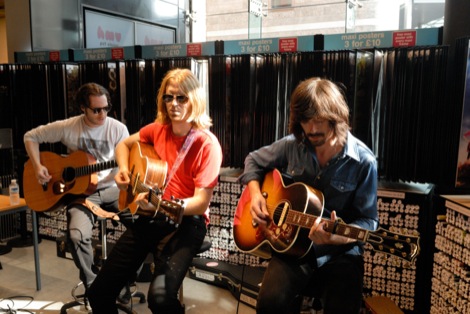 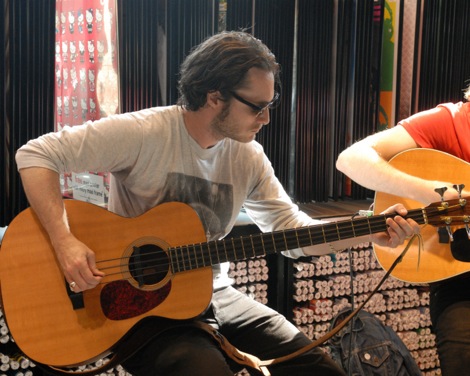 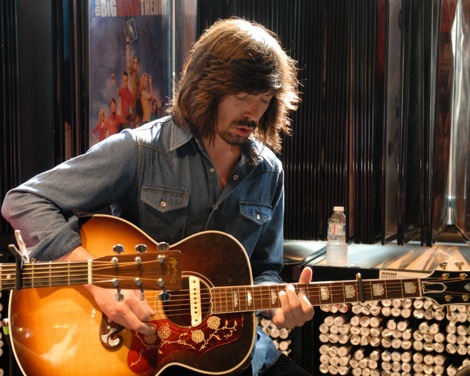 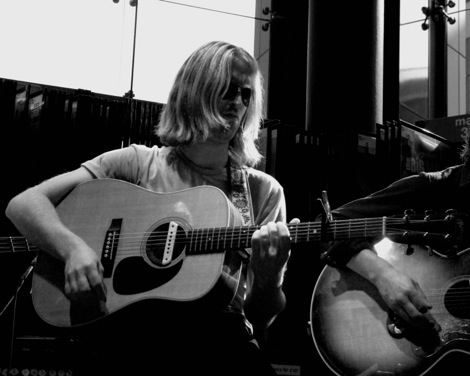 Ian Skelly in black and white but firmly in the present