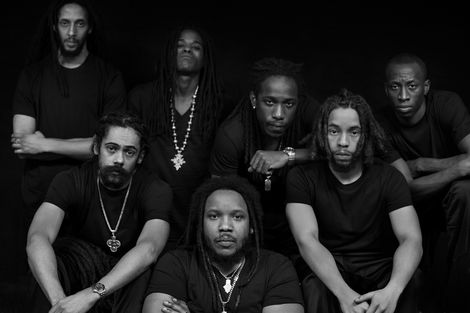 Damian Marley along with his brothers Stephen and Julian – sons of reggae legend Bob Marley – are to bring the Jamaican sunshine to Sefton Park on Sunday August 25, as part of the inaugural Liverpool International Music Festival.
They will take to the stage as part of The Ghetto Youths International Crew, which will see performances from the Marley brothers along with BBC Radio 1Xtra DJ Robbo Ranx.
Also featuring on the day are rising roots-reggae and dancehall artists Jo Mersa, Black Am I, Christopher Ellis and Wayne Marshall .
Robbo said: ‘I’m proud to be part of the first Liverpool International Music Festival and we are coming to showcase dancehall and reggae like never before.
‘We have an incredible line up of music which represents Jamaica and we want everyone to come out and party with us.‘
All the acts will perform on the World Music Stage which, from 12 to 8pm, will also star international artists such as Machel Montano, Navin Kundra and Portico Quartet.
Also on the Sunday, eight of Liverpool’s finest new musicians will play Sefton Park in a free gig on the itsLiverpool Stage hand-picked by Getintothis and Bido Lito! – full details here.
LIMF music curator, Yaw Owusu, added: ‘When I first started programming this festival back in February, a performance from a Marley brother was on my wish-list for the World Music Stage. So to say I’m over the moon about getting not one but three of the leading reggae stars would be an understatement!‘