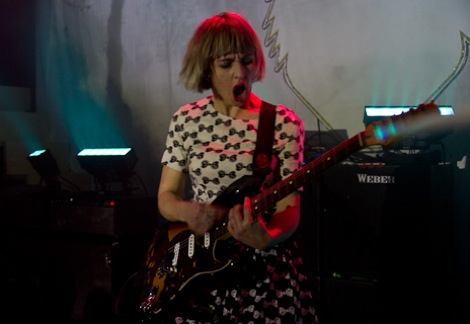 Summercamp 2013 organisers have been busy.
They’ve today announced a further raft of acts including The Joy Formidable, Dutch Uncles, Fair Ohs and Spectrals for the August bank holiday weekender at Camp and Furnace.
Also joining the bill are Liverpool krautrockers Poltergeist who’ll be following up their superlative offering at the Kazimier in March, plus Le Carousel, We Were Evergreen and Londoners Roscius.
Mount Kimbie, Martha Wainwright and Ghostpoet will feature as part of the inaugural Summercamp.
Set within Liverpool’s Baltic Triangle, Summercamp is a small festival boasting more than 20 live music acts plus art courtesy of Liverpool Biennial and a food festival curated by Sunday Brunch‘s Simon Rimmer.
Also among the other names announced to play are folk trio The Staves and US psych outfit Merchandise.
Outdoor and indoor stages around Camp and Furnace are supported by special food fairs hosted by Rimmer plus Great British Menu finalist Glynn Purnell.