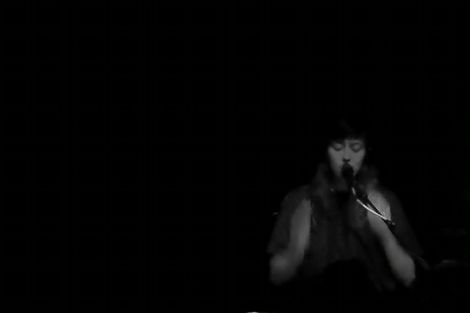 Braids’ music is like shifting sand; twisting this way and that at will. Getintothis’ Sean Bradbury made like Paul Atreides and tried to conquer a dune.

Raphaelle Standell-Preston is a whispering, wailing, walking contradiction.
All nervous giggles and shy glances between songs, she comes to life with a purposeful clarity in performance.
Braids begin by almost sneaking on stage and fading in the vapourish synths and muted bass thuds of Amends, laying a platform for Standell-Preston to swoop; cutting her own vocals in and out of the mix with to haunting, gulping electo-vibrato effect.
She is utterly sent when singing. If Kate Bush was heavily dosed up on Ritalin, this is surely close to what she would sound like. 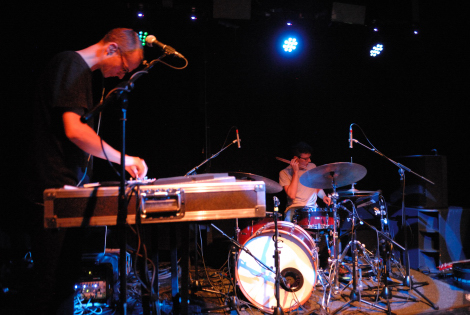 Braids at East Village Arts Club, Liverpool
While Standell-Preston’s voice comes irresistibly to the fore and demands attention, the beats and glitches being created underneath are a subtle driving force, with skittish Kid A rhythms from drummer Austin Tufts and a little bit of everything summoned up from the digital orchestra contained within Taylor Smith’s boxes of tricks.
The Montreal band locked themselves away in a windowless room to put together second record Flourish//Perish, losing band member Katie Lee in the process.
And there are palpable darker undercurrents to the new material which marry with the more electronic articulation, as on December which comes awash with mournful winter melodies.
But as dark and cold as band dare go, they can’t help it when the sun comes out through Standell-Preston’s shy smiles. 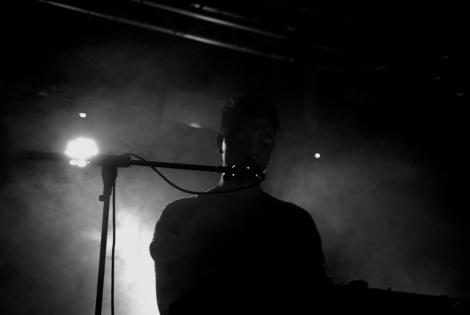