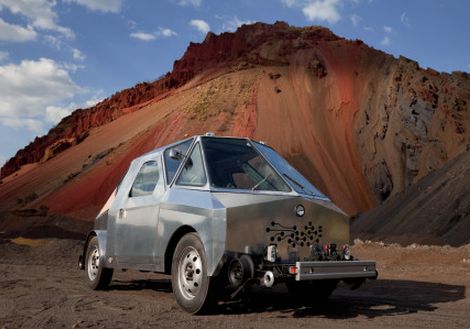 AND Festival 2013 promises a feast of art, film, technology and innovative new music across Liverpool in October, here’s Getintothis’ guide.

Liverpool’s Abandon Normal Devices (AND) begins on October 3-5 2013 showcasing new innovative art, digital culture, film and music.
Now in its fifth year, AND Festival‘s programme is an exciting foray into arts, cinema and digital culture, focusing on artists who make the impossible possible.
Blurring the boundaries between art, science and cultural activism, the projects will challenge our understanding of issues as diverse as modern defence tactics to special effects.
This year marks a departure from the usual format of previous years with a week long programme of ateliers – or workshops – training for artists by artists – followed by a three-day exposition of performances, debates, live events and more.
New to the festival programme this year will be the AND Fair on Saturday October 5, which will play on the format of the World Fairs of old, inviting artists to demonstrate both the fantastical and the primitivism of new technologies, with projects as diverse as optical illusions, flying machines, biological probes and computer algorithms.
For more details on the fair visit here.
The four ateliers include
* A focus on the future of cinema with creative technologists and new cinema pioneers? Marshmallow Laser Feast testing networks, using animation and special effects they will be attempting to connect cinemas across the UK.
* Alchemist artist Adam Brown, known for the award winning The Great Work of the Metal Lover (a project where he created gold), delivers a workshop on How to make art in a toxic environment.
* Critical Engineers Julian Oliver and Daniil Vasiliev run NETworkshop where attendees can learn how to manipulate computer networks and build a small-scale model of the own internet,
* Artist and provocateur Jesse Darling decamps from the city for Our Bodies, Our Selfies, training in performativity in the online space.
Major commissions this year include
* The spectacular SEFT-1 is a road and rail vehicle created by Mexican artists Los Ferronautas.
Like a cooler, alternative to the yellow duck in Liverpool, SEFT is a transport probe from Mexico which hijacks tracks and scales natural landscapes and abandoned railways of Mexico and Ecuador.
The vehicle’s premiere UK expedition will begin in September with a month-long canal side residency in Blackburn, where Los Ferronautas will experiment with how to make the vehicle buoyant for future expeditions on waterways.
* From yu to me is a short film by artist Aleksandra Domanovic which documents the history of the internet in former Yugoslavia and how a prevailing number of internet pioneers in the former Yugoslavia were women (female scientists), and how that balance shifted to the male during the massive privatisation era.
* In the world premiere of filmmaker and artist Mark Boulos’ new immersive video installation Echo at FACT, viewers will encounter a ‘reflection’ of themselves transposed within the fast-moving traffic of an unfamiliar city.
As the viewer continues to observe their doppelgänger it becomes increasingly de-synchronised, its voice an echo and the surrounding buildings and streets, stretching, and distorting. Applying techniques used by Alfred Hitchcock in Vertigo this will prove a fascinating if unsettling personal experience.

For tickets and the full details of AND visit here.