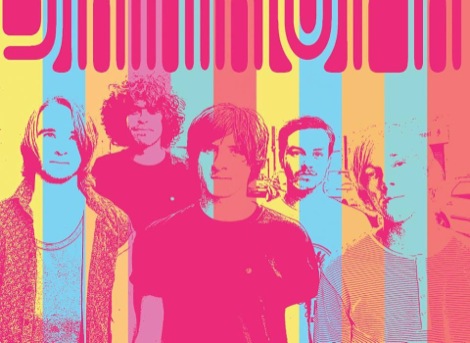 Sankofa’s follow up to their introductory single Siren Song is the clattering, weighty and psychedelic Guttermouth.
The accompanying video, filmed by Liverpool’s Freakbeat Films, is a maelstrom of multi-layered, kaleidoscopic madness complete with retro VHS effects, recalling the Warholian madness of Arctic Monkeys’ Don’t Sit Down ‘Cause I’ve Moved Your Chair.
The single precedes their upcoming eponymous debut EP, released on Monday December 2 via Eighties Vinyl Records.
Guttermouth, which follows on from instant-sellout 7″ vinyl Siren Song, is available for download and has limited 10″ release designed by legendary 60s psychedelic artist John Van Hamersveld whose work includes The Beatles‘ Magical Mystery Tour, Jefferson Airplane‘s Crown of Creation and The Stones‘ Exile on Main Street.