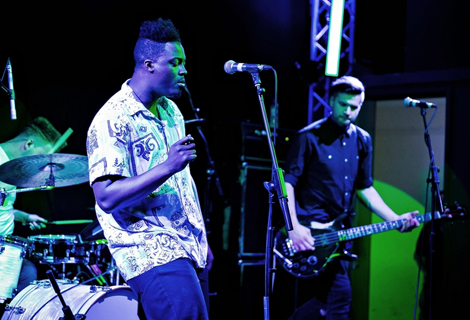 Bipolar Sunshine lived up to his name with a bright display marred by an indifferent and sparse crowed, Getintothis’ Alistair Houghton witnessed an energetic performer making the most of a bad situation.

A great gig is about the performer and the audience. And when the audience isn’t on top form…well, things don’t quite work out.
Bipolar Sunshine (BP) was one of the finds of Sound City. His top notch maudlin pop and epic regrets bouncing out in the old car park off Wolstenholme Square.
Yes, it was a small crowd in a big space, but that’s what you expect at Sound City and BP, in a rather loud shirt, was cheerfully proud to show off his music to anyone who cared.
Those who were there loved it, and have probably not been able to get songs like Fires out of their heads since then. So we grabbed the chance to see him again at the East Village Arts Club. Sadly, and through no fault of BP, the buzz was a little lacking this time.
When our headliner appeared, loud shirt in place, he was greeted by two photographers, an empty dance floor, and then a select group at the back. It made it a tough gig from the start. But he tried hard.
“I go by the name Bipolar Sunshine“, he announced, perhaps in acknowledgement that it’s something of a fittingly odd name.
But no matter, as he and his super-tight-knit band launched into the near-pounding Drowning Butterflies, driven by bass notes alternately thudding and stabbing.
He was in fine voice, and his band were on good form – particularly the drummer with his majestic flat-top haircut. But however he tried, he was essentially playing to two photographers as the crowd – and I’m as guilty as anyone – just didn’t move forward.
The frustration showed, just a little.
“I love it,’ he said three songs in. “The face doesn’t show it, but I love it.” 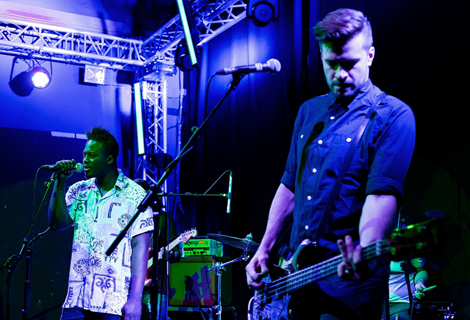 Bipolar Sunshine at East Village Arts Club, Liverpool
His band powers the big pop hooks while the frontman alternately sings soaringly or, as in Fire, sing-talks, all on the verge of regret or mournfulness. He even references There Is A Light That Never Goes Out on Fresh Start – “To die by your side” – though the sometimes skittering, pounding and crashing beats aren’t anything Moz would recognise.
On the driving poppy Rivers, he sang “Been low, but I’ve been higher” – he could have been singing about his own onstage plight.
Fire was great, of course. But it’s a subtle beauty; the low-key tale of a couple’s arguments rising to soaring harmonies of regret, and it was a little subdued.
And it all ended with Love More, Worry Less, building up to a huge anthemic ending, before the band left the stage and we all shuffled off into the night, sometime around 9.30pm.
He’s still one to watch, Songs this good shouldn’t go unheard – if you do nothing else after reading this, have a listen to Fire and decide for yourself.
Getintothis will go and see him play again. And so should you. And this time, we should all get in front of the stage and show some love. Deal? 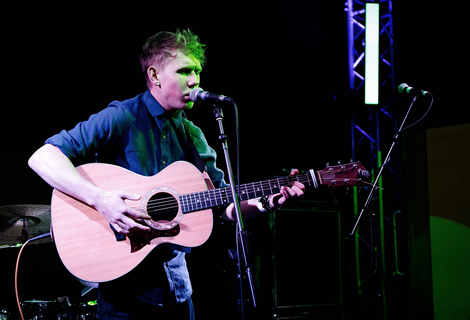 Lewis Mokler at East Village Arts Club, Liverpool
Early doors, a smattering of people were in place for the shy but powerful-voiced singer songwriter Lewis Mokler – who after his set, endearingly, handed out CDs to everyone there.
Next up was the really rather good Taylor Fowlis – “big-voiced Scouse bedroom R&B“, as our notes say. Her incredible voice, backed by just a guitarist and keyboardist, wrapped round a short set of songs of romance and regret, including the devestatingly powerful Compare Her To Me.
And while you’d never guess her hometown from her powerful pipes, you would from her super-Scouse “thank you” as every song faded out. Frankly, more gigs should end with the singer declaring “Thanks for watching me. Yous’ve have been boss.” No doubt she’ll be saying that to bigger crowds from now on – and quite right too. 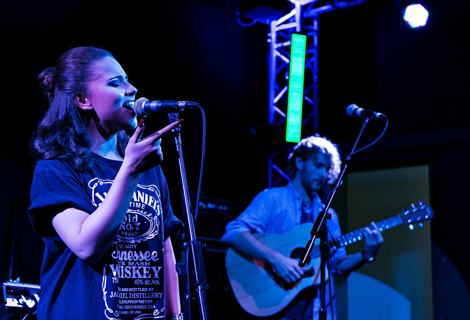 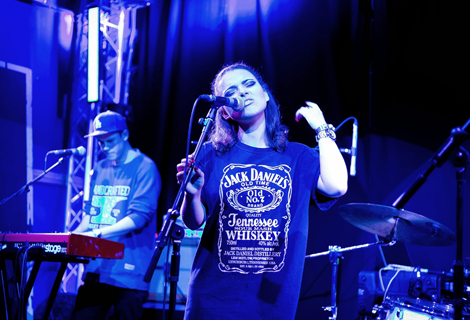 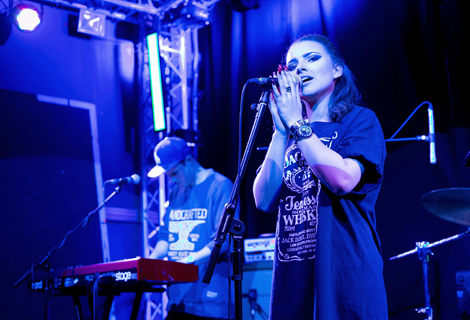