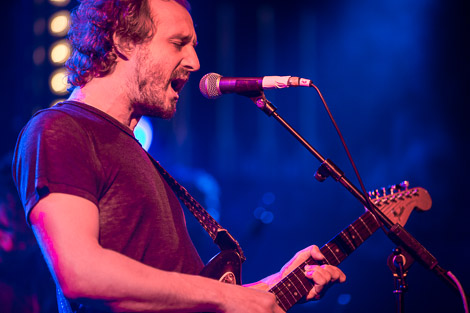 Matthew Houck admits to being in such depths of despair that he even lost interest in music.
Bad news for the discerning folk who had appreciated the five albums the man from Alabama had recorded with his band Phosphorescent.
Aware that his life was getting in the way of just about anything creative, he made a decision to knuckle down and emerge from the darkness. “I was terrified but getting to work seems to be the answer to most things. You’ve just go to get your hands dirty” he says.
The result was a masterpiece of an album called Muchacho, released to considerable critical acclaim in March, and currently being toured around Europe – though just four dates are in the UK – before rounding off around Christmas in his adopted home of Brooklyn, New York.
Most of the songs were written in Mexico – hence the title – though there isn’t that much of a Latino feel to any of them, and they formed the core of his show at the Kazimier. 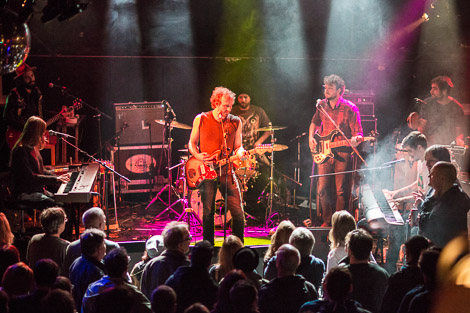 Phosphorescent live at The Kazimier, Liverpool
If you’re not familiar with the sound of Phosphorescent then it’s time to put things right, because Houck is a songwriter and performer of outstanding talent. What sets him apart is a wonderful feel for the dynamics of rock music, and country music, indie too. In fact Americana in all its various forms.
As a narrator of life he’s up there with the likes of Willy Vlautin, Jim White, John Hiatt, even the young Dylan, while capable of coaxing his listeners through the full spectrum of human emotions.
There’s a real intimacy with the audience at work with Houck and you could tell he felt a genuine affinity with Liverpool and the Kazimier crowd, many of whom were virtually on stage with him as he played out Muchacho’s Tune on keyboards once left to his own devices.
It was followed by Wolves from his 2007 album Pride, a song so mesmerising in its solo delivery – just musician and finger-picked electric guitar – that you could hear a paper tissue drop, and the obligatory snap of a beer can ring-pull.
Otherwise, Phosphorescent was a full-on seven piece band of two guitars, bass, drums, percussion and a pair of keyboard players, underpinned by the fractured vocals of Houck.
They can rock it out with favourites like the almost anthemic Ride On/Right On and Terror In The Canyons, switch to slide guitar or fairground-style organ and deliver throbbing bass lines like those that herald the haunting single Song For Zula.
And when you have gems like Joe Tex These Taming Blues and Los Angeles in the back catalogue, some stunning encores are a certainty.
What’s guaranteed with Phosphorescent is a show dripping with talent, a real love for the music and honesty in its performance. The fortunate few hundred who knew about it were treated to a marvellous night.
Opening act Caveman created the perfect atmosphere for Phosphorescent with their guitar-heavy psychedelic Americana.
The New Yorkers are picking up quite a following over here with a sound that builds, then soars with Syd-era Floyd style keyboards and falsetto vocals.
The rousing Old Friend, from first album Coco Beware, provided a belting finale. 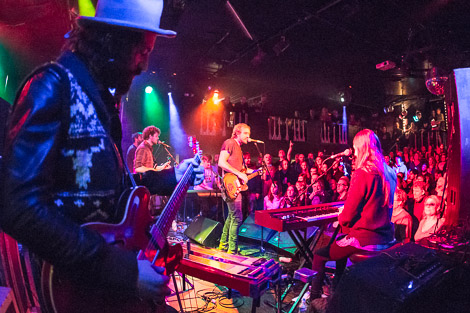 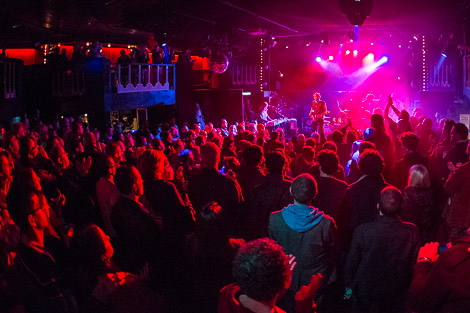 Phosphorescent live at The Kazimier, Liverpool 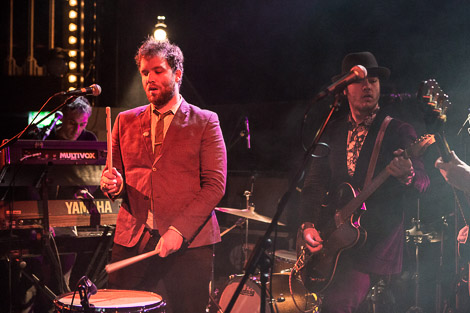