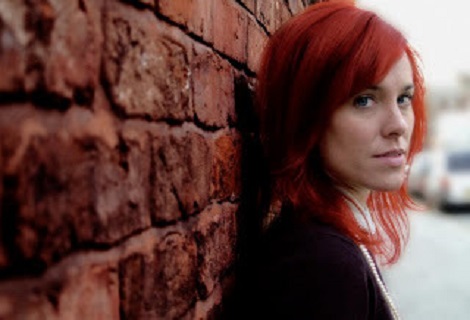 Ragz Nordset is back with new EP Sleepdancing and supporting Alice Russell on November 23. Getintothis’ Alan O’Hare met with the Scandinavian singer songwriter to discover the sources of her inspiration.

Ragz Nordset is a name you all should know.
The Nordic chanteuse has bewitched acoustic audiences around this town and beyond for a while now. Supporting the likes of Laura Marling and Wild Beasts, Ragz has built quite the following. Followers who hang on every delicate word released from her delightful melodies.
That’s all about to change with latest EP release, Sleepdancing, though. “This is a rebirth for me” says Ragz.
The singer songwriter has been working with producer Mario Leal (Mumford & Sons, Tea Street Band) and he believes the new direction he has set for Ragz is about to pay dividends.
“I heard her material and was hooked straight away by that beautiful voice – though the very first song I was interested in, I ended up transforming the into something completely new” he reveals.
Ragz loved it: “Working with Mario has been like experiencing and discovering a new world and I hope this is one that the audience can submerge themselves in and enjoy too” she says.
“The influences on the record are many and fairly versatile – with both Mario’s and my own inspirations mixed together. I’ve been listening to Bon Iver, Brian Eno and the Cocteau Twins.”
We can tell. The new sound is as melodic as it is interesting and Ragz may have arrived at a truly unique sound. There are classical influences at work too, mixing with electronic sounds, acoustic guitars and sweeping chord sequences.
It’s a bold move. And brave music. But definitely the right side of accessible.
The producer is satisfied that the ‘rebirth’ will connect: “I would say we used ‘organic’ sounds to enhance the songs – by this I mean that we are using many real life sounds and not necessarily instruments.”
Ragz’ emergence as an artist who refuses to be boxed in continues.
“My initial attraction to this city was its musical heritage and it’s shaped me, both personally, as well as musically” she says.
Long may it continue.