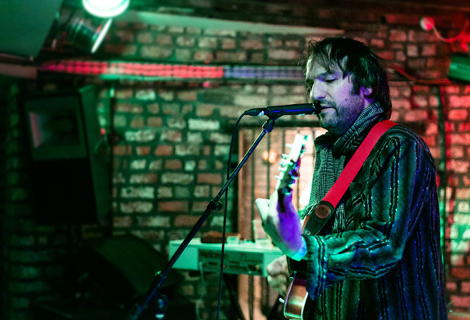 Ever wondered what Echo & The Bunnymen would sound like if Will Sergeant fronted the group?
No… just us? Fair enough. But we wonder no more, after witnessing former Sub Pop hero Kelley Stoltz electrify a lifeless Shipping Forecast last week.
The indie gunslinger – now signed to Jack White’s Third Man Records – rocked up with a five piece band and proceeded to get stuck into a two hour master class of song writing and performance. The night had it all: delicate laments, psychedelic wig outs, brilliant covers and a delightful deftness of touch.
There are those with a reputation and record similar to Stoltz who would have sulked at a half full venue on a wet Wednesday night. Not this boy: he strapped on his guitar, pulled his mic close (and his band closer) and went to work.
Carnival organs raged in and out of 12 string electric guitar melodies and we were treated to the type of show the E Street Band might put on if someone spiked their drink. Yep, that good. 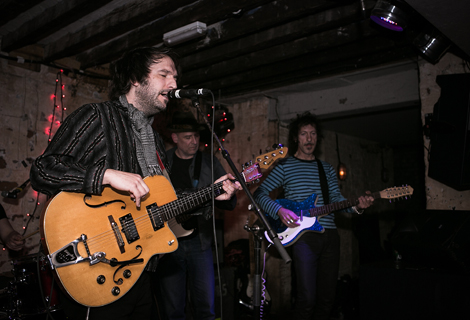 Have guitar will travel: Kelley Stoltz
Latest single Kim Chee Taco Man – from seventh long player Double Exposure – raged around the Shipping Forecast’s basement for an eternity, but never got old, as the band tucked themselves inside a swirling coda. Elliot Smith came fleetingly to mind, but Stoltz is pretty much beyond comparison these days.
Let’s have a go, though: there was a bit of early R.E.M. in the melodic urgency of the bass and drums, a touch of The Velvet Underground in the e-bow drones and a load of atonal Stooges’ beef from a rasping saxophone. In short, something for everyone.
The perfect description of an evening with Kelley Stoltz.
This being an Harvest Sun gig, local artists got the chance to shine too, with The Cubical rocking the main support slot. And rock they did, with a rare (it seems these days) full band show in Liverpool. They didn’t disappoint. 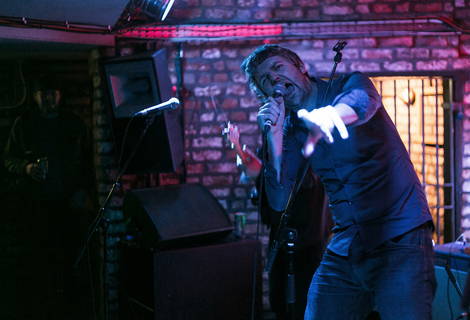