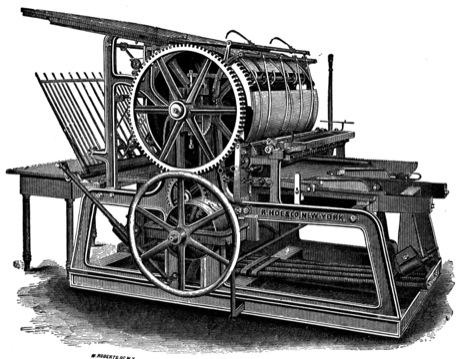 The unbridled monster of the internet, turns its attention on the music press and the industry is faced with change to maintain its profitability and harness a seemingly uncontrollable beast, Getintothis’ Richard Lewis provides the evidence free of charge to our online-only readership.

In a development that took many by surprise, The Fly which had recently celebrated its fifteenth year of publication with an inaugural awards ceremony and subsequent tour, announced it was closing down.

The free magazine which began life as Camden Barfly‘s listings guide in 1997 grew to become the most read music publication in the UK, largely due to its distribution deal through HMV. Following the retailer’s decision to shut 81 branches last year however the magazine’s circulation almost halved from 100,630 copies in February 2013 to 55,580 in June.

The fortunes of The Fly echo that of fellow freesheet The Stool Pigeon, as the bi-monthly magazine sadly ceased publication with its December/January double issue of 2013 despite building circulation to 50,000 an issue. Perhaps the most surprising aspect of both cases is that the two publications both disappeared while still relatively popular.

In the ‘paid-for music magazine sector’ to use the industry terminology, at the present time the picture is similarly bleak. The ABC (Audit Bureau Circulation) that collates the circulation figures for every magazine in the UK registered with it were published on February 13 and made for a sobering reading.

Covering the second half of 2013 the NME, the UKs longest running music publication suffered an eye-watering sales decline of 21.1% compared to the same period the previous year, with the paper’s circulation currently standing at 19,491 copies a week.

Metal weekly Kerrang! suffered a decline of 8.9% to settle at 35,127 issues while there was little cheer to report at the monthly publications either. Q, Uncut and Mojo all reported double digit losses, with the latter maintaining its position as the UKs best selling music magazine with a circulation of 74,203. The figures are also notable for the absence of The Word, which disappeared from the shelves in August 2012 after nine years.

As the ink on paper sector took a hit, its digital equivalent continued to progress, with The Quietus increasing its reach, Drowned in Sound maintaining its position, while Pitchfork is well on the way to becoming a cyberspace veteran as it approaches its 20th birthday.

In view of the declining circulations, an interesting comparison with the music sector can be made with film. Empire, published by EMAP which is currently celebrating its 25th year despite a slight downturn posted very healthy figures of 145,117 while competitor Total Film bowed at 55,316 a month.

The question then arises, while almost all of the information that can be found both publications can be located on the net, albeit not in the same well-written articles, largely as news and press releases, why are people willing to pay for magazines that cover film but not music?

To concentrate on the traditional model, in a situation scarcely believable to anyone under the age of 25, the NME (and the now defunct Melody Maker) were literally essential reading for any music fan up until the dawn of the millennium.

Putting any debates regarding the quality of writing, the artists covered, the magazines’ design or the cover price to one side, from a purely practical point of view the music press was the only place to carry national gig listings and record release dates.

While the two publications were the sole proprietors of this information in the pre-internet age (along with the Melody Maker‘s Musicians Wanted Ads) the past 18 years (when NME.com appeared in 1996) has seen all this become available for free.

IPC the owners of Melody Maker, many of whose staff now write for Uncut pulled the plug on the magazine in December 2000 after the circulation went south of 30,000 copies a week. With MM out of the way, the NME has since had the entire weekly marketplace effectively to itself, as fellow travellers Sounds and Record Mirror both went the way of the dodo in 1991.

Before the obituaries are written for the paper that began life as Accordion Times and Musical Express before its rebranding in 1952 however, despite whatever brickbats are thrown at it, the New Musical Express still attracts the biggest UK (and on frequent occasion, international) – acts to its cover – this week: The Horrors.

Up and coming artists still seemingly aim for coverage in the NME as a validation that they have finally ‘made it’ with a feature/cover providing indelible proof.

Under the stewardship of Krissi Murrison (the paper’s first female editor) from 2009-12, the paper was widely considered to have greatly improved, moving away from the gossip and picture-led features of the mid 2000s towards longer articles and less reliance on ‘list’-led pieces, a direction that present editor Mike Williams has continued.

Beyond its actual sales meanwhile, the NME still has an influence on the news-cycle, as the End of Year Album list is assured to pull in an increased audience and be reported on in across the net and UK newspapers, while the annual Awards Tour remains hugely popular.

While NME.com receives 8 million unique visitors a month, according to the last available figures, the lion’s share of the magazine’s revenue however is generated by the print edition.

In terms of ‘brand recognition’, ‘platform development’ and things the suits on the 17th floor care about, the NME is unmatched due to its continuous presence for over six decades on UK newsstands making it one of the most instantly recognisable publications in the country.

Largely due to this ‘brand heritage’, many have suggested that the magazine will become free, retaining the recognition factor amongst more casual readers while at the same time maintaining the core readership, (an argument which admittedly now holds less weight following the demise of The Fly)

To pick an example of a magazine close to home which has straddled the divide between print and digital successfully, Hot Press, effectively the Irish equivalent of the NME established in June 1977, has adopted a low-priced paywall model for much of its online content, accessible by subscribers for €20 a year (£17).

Whether the NME would consider going down this route is a moot point however, as the site picks up the bulk of its online visitors through its News section, a feature which is incompatible with the imposition of a site-wide paywall, when the information is easily available elsewhere for free.

Attempting to charge for online content is a hugely contentious issue across the entire media landscape as the opposing directions two of the UKs most prominent newspapers have gone in prove. Cf: The Guardian: We’re gonna give it away for free Vs. The Times: You want it, you pay for it.

Across the pond meanwhile, the last remaining paid-for music title of any note may provide a clue as to where UK music magazines are heading.

Following the print demise of Spin in September/October 2012 to move entirely online after quarter of a century breaking new bands and music scenes and the disappearance of Blender (1994-2009), Rolling Stone is the last remaining major US music magazine aside from venerable trade sheet Billboard.

Founded in 1967 by Jann Wenner who remains publisher and Editor-in-Chief to this day, the New York based paper according to the axiom still retains some of the readers who bought the very first edition.

As the sheer size of the States would make national distribution of a DIY/Loud and Quiet-style freesheet virtually impossible (the States only has one coast to coast newspaper, USA Today) a paid-for model is essential.

Making headlines worldwide last year over the furor of their cover profile of Boston bomber Dzhokhar Tsarnaev, the ensuing controversy resulted in a colossal 102% sales spike for RS, despite many retailers refusing to stock the issue.

As US retail giants Target and Walgreens have increasingly preferred to designate magazine rack space for ‘tabloids’ (celebrity gossip rags) such as Us Weekly and Star on the brutally simple grounds that they sell more copies, the visibility of Rolling Stone has diminished in many stores.

This development is unlikely to trouble the publishers greatly however as 95% of the magazine’s readership comes from subscriptions, with the current year-long offer standing at a very reasonable $29.95 (£18).
These low rates, to build a committed readership, coupled with exclusive online content may point the way forward for publications on this side of the Atlantic.

As magazine cover prices across the board have increased in recent years to make up for advertising shortfall which continues to migrate online, many UK publishers have increasingly begun to move towards subscriptions as a guaranteed way of retaining readership and ensuring a healthy circulation.

In recent weeks the NME have begun offering hugely discounted subscription rates, with a year’s subs costing £51.99, the equivalent of £1 a week compared to the cover price of £2.40.

Aside from this, a possible route for all music publications hoping to retain and possibly increase readership is to become more tightly aligned to what its readers expect from it and turn away from casual purchasers, aiming directly for more specialist status. Publications with strong identities that focus on a specific niche can certainly prosper in the current climate.

The Wire has been at the forefront of reporting developments in underground music since 1982 and is renowned for its Wire Tapper compilation CDs given away free each month. Due to being independently owned and published, the monthly is largely free from the marketplace concerns of better known titles.

Elsewhere the continued success of This Is Fake DIY, Loud & Quiet and The Skinny Northwest which first appeared in Liverpool last year and debuted at 24,680 copies prove that the freesheet route is still a viable model.

In the paid for sector ABC have begun to count print and digital editions as part of a publication’s overall figures, to give a more rounded picture of circulation. Whether this will lead to an increase in readership and revenue will become apparent over the next few years. What is for certain however, major changes are on the horizon if music magazines are to remain a fixture on UK newsstands.

Further reading on Getintothis:
Word Magazine closes: The final word on a much-loved music magazine
Bob Dylan, Run DMC and the moral dilemma of selling out to advertising
Getintothis on the music battle for our soul – are you in or out of the box?
ECHO signs new Arena deal – Getintothis‘ Top ECHO Arena gigs
Record shops see 44% sales leap.
Daft Punk, Random Access Memories and marketing demand.