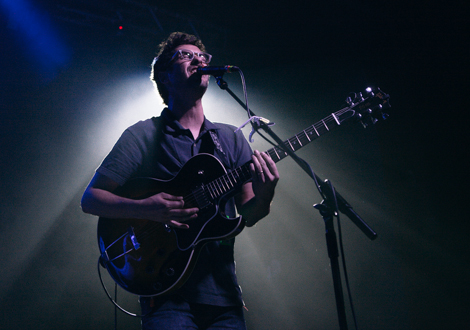 White Denim roll into Liverpool for another technical masterclass, Getintothis’ Mike Townsend finds a band in an enthralling state of transition.

EVOL and Harvest Sun, the city’s two main promoters, seem to be involved in a frantic game of one-upmanship at the moment, with each enjoying a golden streak that has seen, or will see, the likes of Parquet Courts, Future Islands, Action Bronson, St Vincent, The War On Drugs all compete for show of the year. The real winners of course are us, the audiences, as Liverpool’s reputation as UK tour’s most high profile and frequent omission looks to be dwindling.
White Denim are a good band, the type whose mention prompts unanimous nods of approval. Even if you might have only heard Pretty Green on BBC 6 Music last year and couldn’t name another song, you still know, for some reason lurking in the back of your mind, that White Denim are a good band. And after six albums in almost as many years, they can safely call themselves mainstays of American guitar music.
White Denim‘s remarkable consistency, with their inability to sit still, means that despite only being around since 2007, there is a sense of longevity surrounding them, almost as if they are veterans and tonight’s show at the East Village Arts club is some sort of victory lap.
There is an astonishing level of composure about the Texan four-piece this evening. Nodding and grooving almost politely, with each riff barely oozing from Petralli‘s fingertips and each melody floating wistfully from his mouth.
It’s that sort of thing that makes White Denim, and this kind of bluesy, garage band rock and roll in general so enduringly popular, when it feels like you are peering your head round the door as they jam in their living room.
Those piercing lead guitars on At Night In Dreams interlock perfectly, whilst those stabbed, syncopated chords that anchor their most immediate track Pretty Green, are so perfectly timed and executed that its almost as if each member has had these tunes programmed into them. 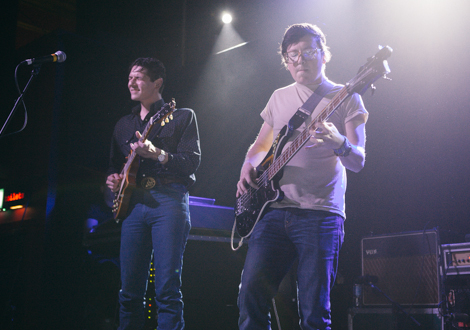 White Denim performing live at East Village Arts Club
There are no stompers here, no sweeping crescendos or widescreen choruses; just a technically brilliant band, playing technically brilliant songs, very, very well. Ability itself, to the right kind of fan, is often showmanship enough. Sure, there is a fine line between being calm and being well, disinterested, and White Denim certainly tread it thinly tonight, but you get the feeling that if they were all thrashing about on stage, or if they were telling mischievous anecdotes throughout, it wouldn’t sit right with these songs that don’t need to force themselves on anyone.
With each tune just knocked up casually for anyone to grab when they want, instead of charging at the audience head first, we are able to cherish the details and textures that had us spinning their records on repeat in the first place.
Each guitar lick, each drum fill, each harmony, all stimulate thrilling sense of recognition and familiarity, almost like when you’re watching your favourite movie for the second time. Don’t be fooled though, this is complex, intricate stuff, and underneath these seemingly straightforward songs there are elements of jazz, funk, blues and rock and roll – all blended flawlessly into this cool and poised package on stage in front of us. 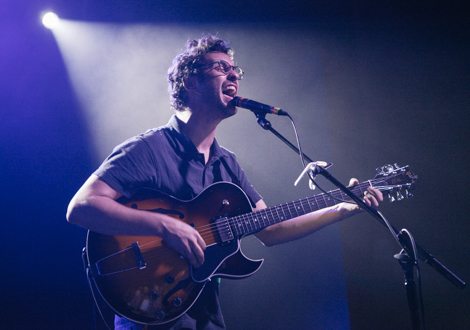