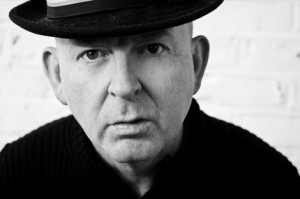 Creation Records boss Alan McGee is in conversation at FACT after the screening of music flick Svengali.

Svengali, a new music film follows the story of Dixie (Jonny Owen), a postman from South Wales, and a music fanatic.

All his life he’s dreamed of discovering a great band, and one day, trawling through YouTube, he finds them: The Premature Congratulations. He hunts them down and offers them his management services. They are young, arrogant, sexy and utterly magnificent. Armed with their demo tape, he heads to the streets of London.

Also starring Vicky McClure, Martin Freeman and numerous cameos this is a must-see for all music lovers.

Following the screening, Getintothis Peter Guy editor will be interviewing one of those cameos – Creation Records boss Alan McGee about his life and career. Head down for a cracking double bill.