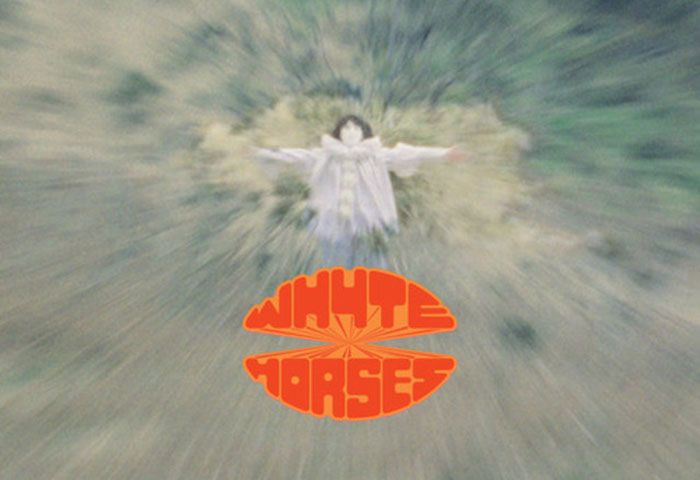 Have you ever wandered into a record store for nothing more than a casual browse? Maybe pay day is just out of reach and you’ve come to gaze longingly at your next wax dream. And then something cannons through the speakers that makes you stop dead and think- HOLY SHIT, this is GOLD. It’s one of the most intensely rewarding parts of record shopping, and we were lucky enough to experience it when paying a visit to Liverpool’s own Dig Vinyl. Finders Keepers and Twisted Nerve Records founder Dom Thomas’ latest mix tape Brutal Beats was a regularly-played store favourite. A cacophony of pounding psych-soul jazz, it was the work of an artist well and truly going places.

Given the chance to listen to his latest project Whyte Horses and their first effort, The Snowfalls, we were left completely unsurprised and spine-tinglingly warmed by its brilliance.

Primarily based in and around Manchester, Whyte Horses’ roots stretch to Liverpool through backing vocalist and Kazimier founder Laura Brownhill, and Laura Spark of rag-tag Merseysiders’ Harlequin Dynamite Marching Band. The group locked themselves away from the world in an Italian countryside cottage and strummed, hummed and plucked away until they found their own intimate sound. The glittering result is this mid-sixties sun soaked psychedelia, leaning towards The Left Banke with tweets of The Byrds, and a contemporary complexion of West-Coasters Allah Las and recent Liverpool Sound City hits Tennis. Their music bursts with insuppressibly positive vibes that can magically border on a nostalgic sadness.

Despite very little online presence, the single has already reached over 2000 plays on their Soundcloud page- a testament to its easy brilliance. An official launch show comes at London’s Islington on 25th October, only a few days after the singles’ official release through CRC Recordings on 20th October.

So as we reach the end of our ever-shortening summer, and those endless mellow days in Sefton Park seem like something out of a long-lost dream, tune in and drop out to these future stars. With gems like this, the summer will thankfully last a little longer as the snow does begin to fall.