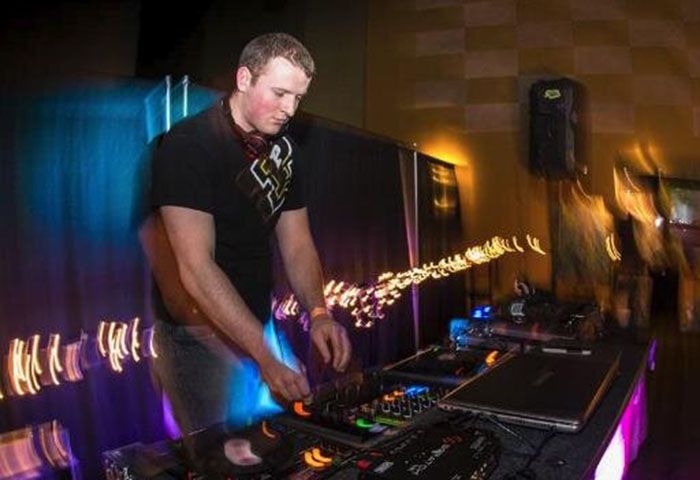 This week’s Singles Club sees Getintothis‘ Steph Niciu get her groove on to an upcoming dance smash, become entranced by Bulgarian electronica and conclude that a certain Flying Lotus is just not her cup of tea.

Moiez feat Alina Renae: What I Need Is Time– Single of the Week

With the recent success of Robin Schluz ‘s remix of Prayer In C originally by Lilly Wood and The Prick, it’s fair to say that we love it when DJs put their own spin on a track (No pun intended). Michael Barnard’s remix of Moiez’ What I Need Is Time featuring Alina Renae has done just that. And, it is a total eargasm. It builds to something undeniably euphoric with the help of Renae’s delicious vocal. It’s a stomper, which will be a definite hit in the clubs.

Taken from SBTRKT’s second album Wonder Where We Land, Higher is a track which you can easily get your groove on to. Featuring Raury, his contribution adds just enough attitude to the beat which is slick, smooth and hypnotic.

Hailing from Phoenix but now based in Los Angeles, Hill’s debut single Experience is all about futuristic production and a vocal which is truly captivating. Her falsetto just gives you goosebumps in the best way. We can’t wait to hear more.

Bulgarian Evitceles (meaning ‘selective’ backwards, of course) is known as Etien to his mates and has recently dropped his latest offering: else. It’s certainly a unique and experimental slice of electronica, it’s got a throbbing heart throughout with the layers building to produce an ethereal and trancelike sound.

Listening to this, you could definitely be transported to somewhere else. We’re not sure where you would go, exactly. But one thing’s for sure, it would probably be wonderfully weird.

Sam Sure is a singer-songwriter who is set to make big waves after featuring on Zane Lowe’s Next Hype.

Hunger shows promise with Sure’s London town twang and sound which is jerky with a bit of an edge. This is less of a club banger and has more of a mellow, chilled vibe. This is no bad thing, although you can’t help but feel that this is not as satisfying as it could be, as it leaves you feeling hungry for more.

One Young Lover is the next cut from the dream pop band Young Hysteria. As the beat kick in, there’s piano, dashes of electro and a melancholic vocal.

It’s not overly complex, lyrically, which makes it all the more memorable and enables the production to shine through.

Flying Lotus is back. Having collaborated with Snoop Dogg, Captain Murphy and Thundercat in the past, Lotus has called on Kendrick Lamar to help out on his track Never Catch Me from his new offering You’re Dead!

The album has been described as a ‘sonic, visual and metaphysical fusion of technical innovation’. And this lives up to Flying Lotus’ reputation of being innovative, as he brings together different musical influences to produce something that is rather pleasing to the ear. Lamar’s rapping though, which sounds filtered in parts, doesn’t work very well. The whole thing just seems like too much of an assault on the senses. Fans of Kendrick  would probably beg to differ though.

The Cheek Of Her:  Another Guy I Buried in the Woods

The Cheek Of Her aka Helen Dooley is a London based singer- songwriter. In her track Another Guy I Buried in the Woods,  Dooley pokes fun at a relationship gone wrong. It’s humourous and witty with a vocal that makes you think of Marina and the Diamonds and lyrics that remind you of Lily Allen’s writing style.

But underneath the jokiness, there’s a dark streak which enables you to connect with Dooley’s raw emotions, something we can all relate to. Anyway, you’re definitely better off without him, love.

Originally from Rye and now based in London, Samuel Ford has written a song about our fair Capital city. He says he’s a fan of introspective lyrics, as he tells us that London is ‘the suburb of my soul’. But then, he asks: ‘Is love going to give you what you need?’.

Ford’s vocal is warm and hearty with guitars, piano and a splash of trumpets at the end. it’s comforting and is one for easy listening.

Berlin based singer-songwriter Dan Bodan’s track Jaws For Life is taken from his LP Soft.

As he sings about not being able to trust his partner anymore, the production brings together electro and R n B seamlessly and effortlessly, creating a vibe which is calm, relaxing and very pleasing.