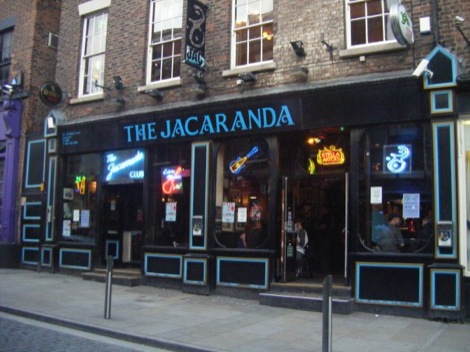 The famous site of the Beatles’ first ever gig is all set to return after two years of closure, Getintothis’ Patrick Clarke reports.

Legendary Liverpool venue The Jacaranda will return to the local circuit next month following two years of closure.

The venue’s famous open mic nights are also set to return to the Slater Street site, as well as offering free rehearsal space to local bands and musicians in return for a live performance.

It was a similar approach that the venue’s original owner Allan Williams offered The Beatles  for what is often claimed to be the band’s first ever gig, though they were then known as Long John & the Silver Beatles

“Providing rehearsal space in exchange for live performances is our biggest tip of the hat to the Beatles and the Jacs heritage,” says the venue’s managing director Graham Stanley, “hopefully it will allow new acts the same chance to form, grow and develop.”

“You wonder where the Beatles would be if Allan Williams hadn’t given them their first break and a space to rehearse that they otherwise wouldn’t have been able to afford” he continues. 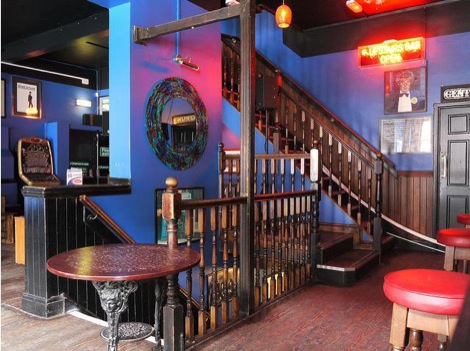 Recent images of The Jacaranda

The club, founded in 1958, became one of Liverpool’s key venues in the golden era of Merseybeat, and with the help of the city’s rich scene became one of the north-west’s best-loved venues.

Though the site has been extensively renovated by current owner Graham Clarke, who purchased the club from Williams eighteen years ago, Stanley claims the venue will strike a balance between their rich history and looking forward.

“The venue has evolved and changed over the years since its opening as a coffee shop in ’58, each new generation experiencing the Jacaranda in a different way to the last.” Stanley claimed.

The venue’s famous basement vault booths have been kept, and a mural painted by John Lennon and Stuart Sutcliffe has been fully restored, in a move that will hopefully restore The Jacaranda to the centre of the city’s rich scene.