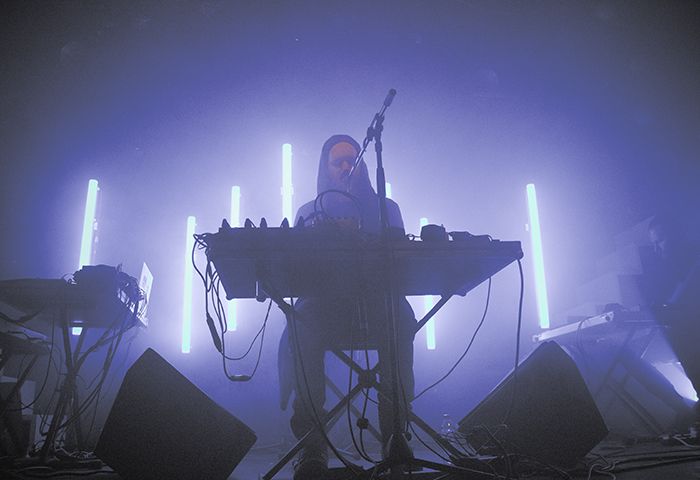 SOHN live at The Kazimier

As close to a religious experience as we’re willing to get, Getintothis‘ Emma Walsh attends the church of SOHN for a superb night at The Kazimier.

On a night when the whole of Scotland was on tenterhooks, we were off to see Fyfe, an electronic act from closer to Westminster than their northern namesake. A duo on guitar and drum machine Fyfe mix a west coast sound with moody vocals – think Wild Beasts or recent visitor to Liverpool, Patrick Wolf. It’s a funny thing about watching someone try to rock out on a very compact drum machine, they might be giving it beans but they will always look like a drunk trying to input their pin number at an ATM, with even the smallest of tasks taking maximum effort. That said, these guys were pretty awesome. 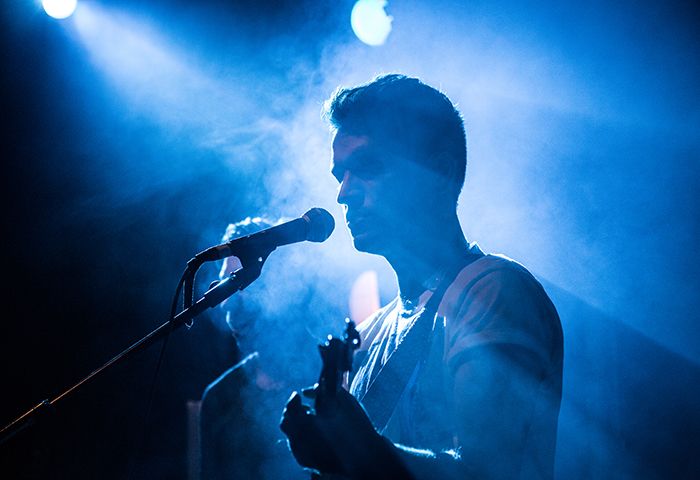 On to the main event though, SOHN, or ‘John with an S’ as Christopher Taylor became more affectionately known on the night, took to centre stage in his own moody, blue-lit cocoon of light sabres – a dramatic looking set up for what is essentially, a man sitting down at a keyboard, but it is all deceptively simple looking. When it all goes dark and the atmosphere sinks in like a mist you begin to get a feel for the quiet genius behind all the showy stage set up. There’s a deep-seated sense of melancholy under the waves of electro bliss, a sensation made more striking as darkness closes in around the stage, the blue gloom floating around Taylor, but high above, two small warm lights cutting through the malaise like a lighthouse searching through the crowd.

For such a sombre looking chap, Taylor proves more personable than some acts we’ve seen lately. Asking the front of house to raise the lights so he can have a natter, SOHN tells us he often gets booked to play in churches, an oddity, he says, considering so many of his songs are so nihilistic, but there is a churchlike feel to his set. There is something reverent about the light installations building to steeple behind him, there is something of the sermon in his lyrics – not preachy, but heartfelt, a kind of profession of faith to an attentive flock. It’s the kind of church we could get on board with – The Kazimier is probably as close to a house of worship as most of us at Getintothis come. 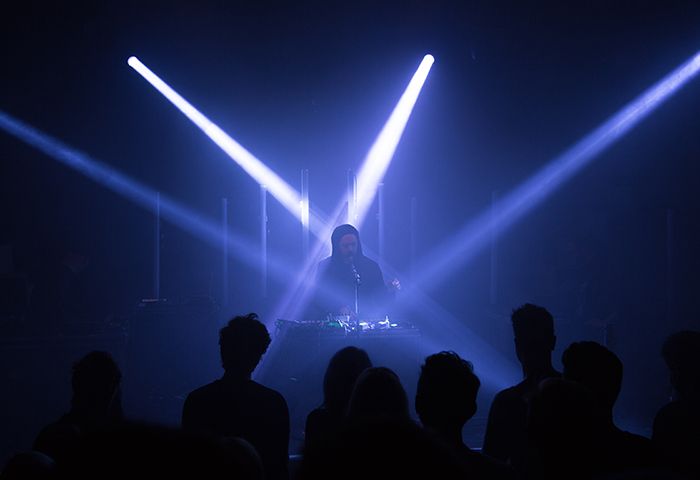 SOHN live at The Kazimier

Despite never usually talking to the audience, SOHN introduces his last slowjam “before everything goes less… slowjammy” with new track, The Chase, yet another perfect page in his growing songbook. He challenges the Kazimier sound system with his closing number, raising the roof with big sounds, big lights, and big applause.

Earlier, D R O H N E continued their ascent with a blink and you miss it set of warped electronica. The duo, fresh from playing Getintothis‘ Relaunch Party, have recently been announced as tour support for Bloc Party‘s Kele on September 26 at the Live Rooms in Chester. 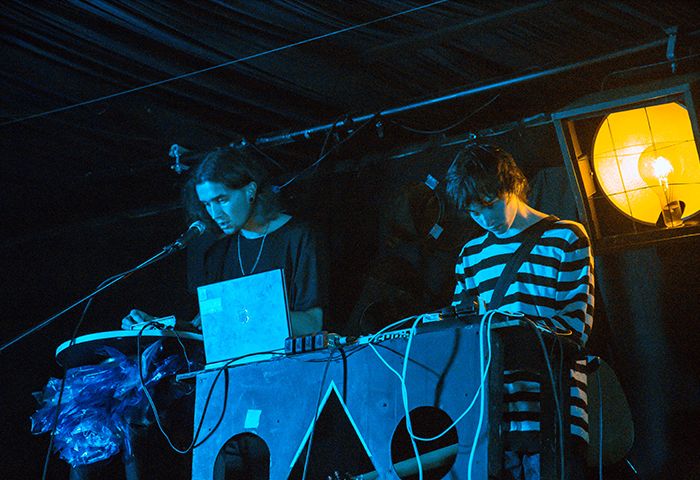