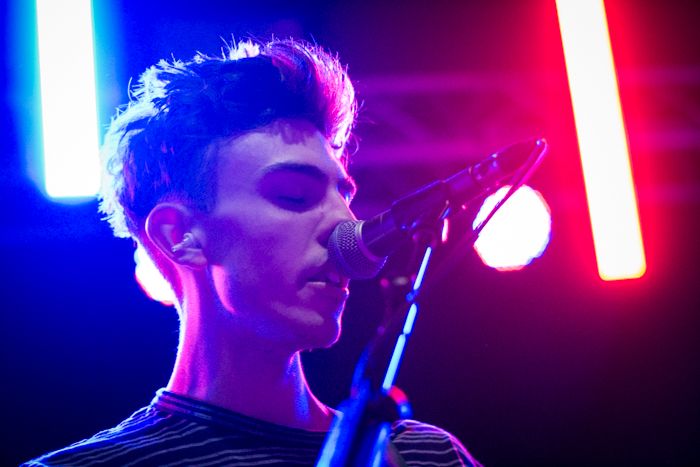 There’s a huge hype around the Birmingham-based JAWS, and the Arts Club was full of buzz before they appeared on the last night of their tour.

Brighton’s Fickle Friends seemed to lap up this buzz, with their almost-pop dancealong tunes filling the venue magnificently. Their single Swim providing the highlight of their set, with singer Natassja Shine’s uplifting vocals melding perfectly with the disco-feel melodies behind her. 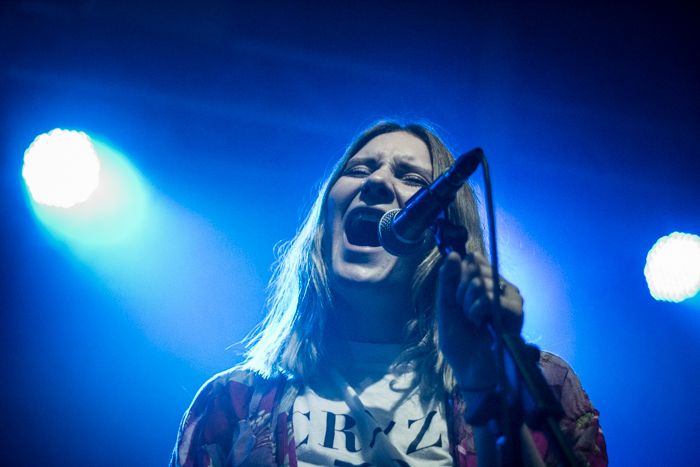 They seemed to win themselves a few new fans tonight, with many heads nodding and feet tapping along to Play’s infectious rhythm and upbeat swirl.

By the time JAWS took to the stage the Arts Club’s numbers had swelled, anticipating greatness from a band they were obviously passionate about, and adding a huge air of excitement to proceedings. Be Slowly, the title of their brilliant debut album, rattled along blurrily like an old indie classic.

The laid back cool swagger of Think Too Much, Feel Too Little was a standout of their early-90s-tinged set, singer Connor Schofield’s effortless vocals adding layers of emotion to the tune.

Strangely for such a relatively new band, at times this felt like a greatest hits set, the band going from older song to new album track seamlessly, taking the crowd with them. You felt like they owned the Liverpool audience, and not for the first time. A mid-set flow of Breeze, Toucan Surf and NYE all receiving magnificent applause.

Often bands that mix louder, faster songs and slower, more introspective tunes side by side cause a bit of a lull, but that was certainly not the case tonight, with their live set sounding far more raw and urgent than on their records. 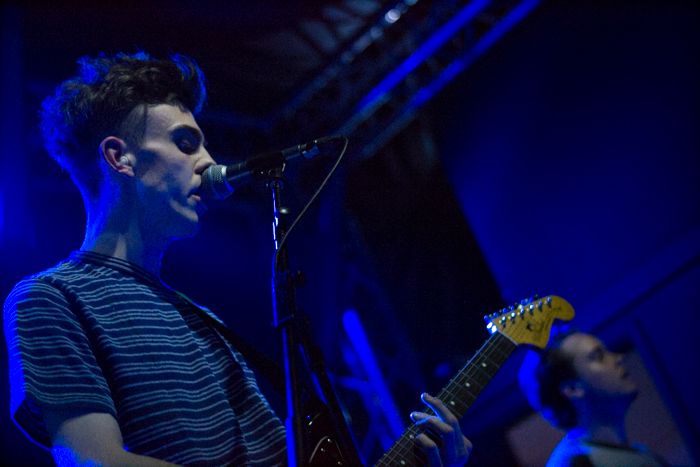 Comparisons have been made between JAWS and many other bands, from New Order to The Cure and even Manchester’s now sadly defunct Wu Lyf. However, for all the similarities thrown at them, JAWS make their own sound – somewhere between new wave, indie and shoegazing niceness.

Closing their set fantastically with Gold (already a year old, can you believe that?) the band’s layers of fuzzy riffs and strong drumming shone, the crowd dancing and even stage-diving during its final barrage, whopping for more. Sadly this wasn’t to be, although no-one could complain of being short changed.

You get the strong impression that they’re a band destined to break through to much larger audience before too long. They’ve played a fair few gigs in Liverpool over the past year, and we hope they continue to return.