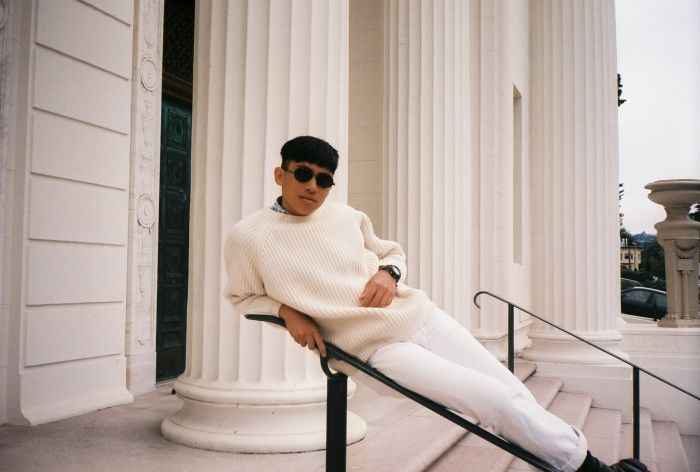 This week’s Unknown Pleasures sees Getintothis’ Patrick Clarke get to grips with his most obscure find yet, along with some eccentric neo-soul and South Africa’s most eclectic new outfit

This week we’re in truly unknown territory, for under Soundcloud moniker Lenain Boit Du Vin, an inscrutable, anonymous someone has unleashed a swaggering, snarling three minutes of luminary psycho-waltz.  The track, Love is an Assassin appeared eight months ago, alongside the good but far from outstanding psych-pop effort The Singer and the Dragon, and, taking it as we’re forced to – completely on its own terms – is a prodigious piece of work.

A lurching scuzz of guitar teeters on the track atop a ramshackle thud of stumbling drums, while looming, gothic strings glide ghostlike into a sonic whirlpool of cacophonous menace, as all the while the mystery vocalist wails unhinged in the vein of a fuzzed up Andrew Jackson Jihad. It’s sumptuously dark and simply begs for an expansion of its aesthetic, but whether or not the full EP or album is out there we can for now only wonder.

Back on only-slightly surer ground, Oakland-born LA-based creative Harriet Brown‘s distinctive blend of self-styled ‘celestial funk’ has had its first visual outing in the opulent new video for Paradisiac, cut from the singer’s New Era EP, released in full this week on Feel So Real. The video itself is a stylishly lurid collision of faux-religious imagery, it’s backing a louche cut of neo-soul that spirals into a Prince-esque freakout of guitar. As opener of the EP it’s an impressive start, yet across the full release there’s yet stronger things to come.

The other tracks too owe quite a debt to the aforementioned purple one, particularly the eccentric epic of closer Phone Love; the relentless funk of standout effort Control My Mind  also making no excuse for a weighty 80s influence. A contemporary influence also rears its head, particularly in New Machines’ disjointed electronica, as well as the Frank Ocean vibes on Paradisiac, but ultimately its a record imbued with Brown‘s welcome force of individual personality.

In Limpopo, South Africa, meanwhile, five-man collective Fantasma take such genre-bending to a whole new level on upcoming EP Eye of the Sun, out November 3, the title track appearing as a sampler last week. The group are headed by Spoek Mathambo, the stage name of Singer/Rapper/Producer Nthato Mokga a man whose eclecticism runs through the record in  simlar fashion to that of countrymen John Wizards.

The track takes on hip-hop, afrobeat and jazz, with even a smattering of psychedelic rock in the wail of guitars that cut in with sporadic authority, while another pre-release sampler Sefty Belt featuring (deep breath) JOSIAHWISE IS THE SERPENTWITHFEET leans more firmly on shimmering electronica. Where Fantasma succeed more than anywhere else is in their character, across a mere two tracks exhibiting a depth of personality that for many takes a career to approach.