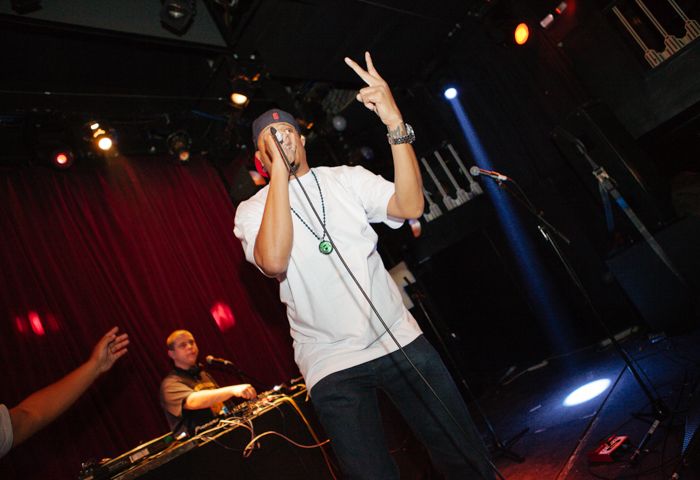 Chali 2Na’s previous jaunt to The Kazimier was in 2011, where he brought a full live band to back him, and was widely considered to be one of the highlights of the venue’s history.

This time around 2Na opted to switch the live band for the more familiar DJ decks, with the Bristol-based DJ Snareophobe providing the beats for the Jurassic 5 MC.

Eva Lazarus, the Birmingham-born frontwoman of Bristol-based Dub Mafia, opened the night. With a strong voice and equally impressive afro, Lazarus’ set of soulful reggae and hip-hop was well received by the expectant Kaz crowd.

However, the place only truly burst into life when 2Na himself took to the stage. Flanked by his brother Laidlaw – the surprise revelation of the night – 2Na, as always,cut a commanding presence on stage, his deep voice cutting through everything around him.

Opening with Outspoken, a whirring and energetic track, it was clear that 2Na was in fine form, despite claiming at one point to have a cold. “Like Danny Glover, I’m too old for this shit”, he burred in his familiar baritone.

Three songs into his set, during his masterful flow to Don’t Stop, the familiar Kaz Garden clearout began, with people swarming into the venue, packing it tightly. The flute loops and high snare sounding crystal clear against his deep, rich voice.

Perhaps it was the recent news that The Kazimier’s future is in doubt, but the venue felt fresher than previous gigs, with Snareophone’s bass rattling most objects in the building, especially during the modern classic groove of Comin’ Thru.

When 2NA introduced his little brother, you could sense the immense pride he had appearing onstage beside him. Apparently Laidlaw had kept his rapping a secret from 2Na for four years, wanting to forge a career in his own right.

Introductions over, the crowd were treated to their very own radio station because, in the words of Chali 2Na, “the radio in America is buuulllshiiiit!”

Before launching into the title track of 2009’s Fish Outta Water, 2Na thanked everyone, saying that “England gave Jurassic 5 a chance when America wouldn’t”. The rolling percussion and ultra-catchy chorus saw almost everyone assembled dancing wildly.

Almost a greatest hits set, 2Na rattled through the infectiously groovy International, with Laidlaw taking the place of collaborator Beenie Man. The popcorn-style synths underpinning everything delightful to dance along to.

A man of constant collaboration (it’s easier to list the artists 2Na hasn’t worked with), Eva Lazarus was then brought onstage to duet during a superb rendition of 2009’s Guns Up, taking the place of Damian and Stephen Marley. If anything, the song suited her stronger vocals more than the original.

Following a brief interlude of Chali asking the crowd to clap a beat so he could rap along, we were treated to some Jurassic 5 classics, including Jayou and What’s Golden, with the increasingly-sweaty crowd singing along note perfectly.

A few snippets of his time working with Ozomatli were followed by the more simple beat of Graff Time, 2Na leading Laidlaw through some finely worked choreography during the chorus. That’s the real beauty of 2Na, making things look effortlessly cool while still managing to work a crowd magnificently. His between-song chat, although possibly rehearsed, feels intimate and personal, spreading messages of positivity.

Laidlaw then took centre stage, performing his own newly-released track Testimony. A different vibe to 2Na’s style, the track is perhaps more raw and grubby, with his vocals hanging back behind the beat. Somehow, despite himself having a deep voice, Laidlaw still seemed to be a good two octaves above his older brother.

The reception was immense, and you could see that 2NA was happy with the affection shown from the crowd. “My momma’s proud of two people now, that’s what we dealing with.”

Then it was time for the new songs, a time when most people would rather head to the bar than listen to the band. That wasn’t the case tonight though – as soon as the beat dropped The Kazimier responded brilliantly, dancing even more feverishly.

Megladon, taken from his recent Manphibian Music EP, saw a slower, heavier style from 2Na, complete with shark fin dance (much better than it sounds written down). “Top of the food chain” he flowed, and it’s hard to argue against that.

Introducing the Curtis Mayfield-sampling The Righteous Way, an emotional set highlight, Chali urged us all to listen to the lyrics, stating that it was about “the three instances that defined my life”. The atmosphere changed; from simply dancing and enjoying the music there was suddenly an air of introspection.

From there 2Na had complete control of the crowd, leading them rapidly through the Turkish-flavoured beats of Controlled Coincidence, the more laidback So Crazy and crowd chant-a-long Oh Shit, before beckoning Eva Lazarus back onstage to close the set.

While not quite hitting the heights of his 2011 appearance, 2Na was still adored by The Kazimier crowd, and following the last note of the set Snareophobe played Notorious B.I.G’s Hypnotize, prompting 2Na to climb down from the stage, instantly mobbed by his fans. 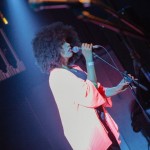 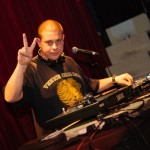 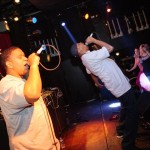 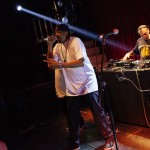