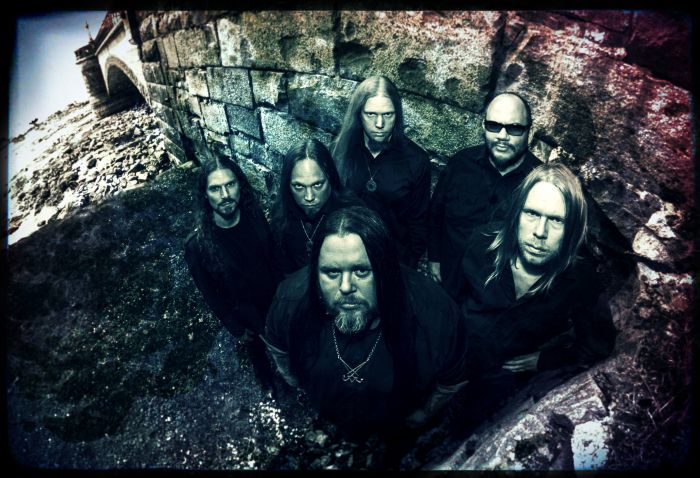 Year of the Goat

Suffering from post-travelling blues and metal band betrayal, Getintothis’ Laura Coppin finds solace in the heavy melodrama of doom bands in the latest instalment of Dysgeusia.

There may be those of you who think they know what to expect from this month’s Dysgeusia; whether it’s due to the spoiler I closed last month’s column with, or due to the notable omission of a certain artist from that same instalment.

I’m sad to say that you will find yourselves disappointed – I would imagine in the exact same way I found myself disappointed when I, having let words flow forth regarding Old Man Gloom’s latest release, discovered that they had sent a phony version of the album to press to keep secret the fact that Ape of God was a surprise double release. The clever little shits.

No, dear readers. There will be no elephants, and no Z2 gracing Getintothis’ pixel-formed pages. ‘Why?’ I hear absolutely no-one cry.

Well, put simply, it’s because I cannot articulate the conflicting feelings I have about both. On the one hand I recently found myself clinging to an elephant’s vast shoulder, giving her what was most likely one of the feeblest massages of her life and leaking tears of profound happiness. On the other, I nauseously watched her getting beaten over the back of the head with a rod because she had done far too much work in one day and had made her feelings abundantly clear by being rather mardy.

In Devin Townsend’s case, I still haven’t even been able to begin to divide things between either of my hands and you can’t make me do it. Go and mix your own cauldron of pure joy and crushing disappointment.

In light of this, I’m going to talk about some doom bands. Because I can.

11Paranoias are a band who have already made some quite significant dirge-laden waves earlier this year, with the release of their Spectralbeastiaries EP.

Their latest offering, Stealing Fire From Heaven, builds these waves into a bestial tsunami so malignant it will viciously coat your very soul should you so much as lay eyes on it. If you do as I did*, you’ll discover one of the most interesting releases I’ve heard this year. The record sounds cosmically huge, and it’s a genuine joy to give into the melodrama of it all and allow it to compress you to nothing but malice-filled dust.

Hailing from Birmingham, Alunah are another English band – but one that peddles a very different kind of doom indeed. The quartet slickly weave together heaving stoner grooves and singer Soph Day’s hypnotic vocals to create something which could have been air-lifted straight from the 1970’s.

Awakening the Forest does feel a little too polished at times, meaning that the band miss the lingering filthiness that I love about the genre. Nonetheless it’s an accomplished album, showing clear advancement from their previous effort White Hoarhound as well as a great deal of promise for the future.

Firmly straddling the camps of brutal, blackened death and explosive grindcore (but lacking no sense of filthiness) are Full of Hell, an American quartet who have made the excellent decision to strive for new heights of aural violence by enlisting the help of Japanese noise artist Merzbow.

Their self-titled release stands out as one which seems to have discovered the limit of brutality and pummeled its way through it without so much as a second thought – one imagines Full of Hell thundering ahead, unstoppable, with Merzbow dancing gleefully in their wake, savouring the destruction with the true delight of a gourmand. The best track of the album is undoubtedly the lower tempo High Fells, a track which gives a brief glimpse of their versatility but loses none of the impact.

Closing this month’s musings are the vastly different (but no less enjoyable) sounds of Year of the Goat, wildly talented Swedish purveyors of Satanic rock ‘n’ roll psychedelia. The Key and the Gate is filled with a melancholic darkness that is so beautiful it almost becomes a light, making the record’s incredibly short length feel like a cruelty. Mystic Mountains is the stand-out track of the three, winding its way deep into your chest with soaring vocals and brilliant solos and refusing to let go until the final notes ring their mournful last.

*…crank it up to an unpleasantly all-encompassing volume whilst lying face down on your bed so you don’t have to look at your elephant chandelier and wonder whether you have the salt left to cry any more tears. What?