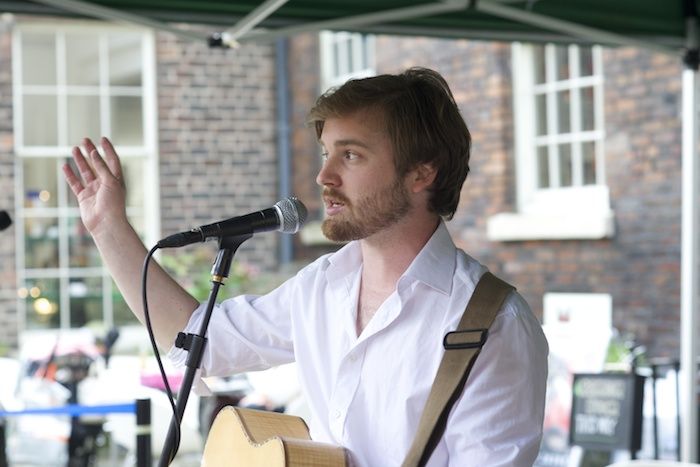 Honourary Liverpudlian, Thom Morecroft is about to drop his debut single and Getintothis’ Steph Niciu has fallen for its charms.

Thom Morecroft hails from Shropshire but is now based in Liverpool. Morecroft currently hosts The Thursday Underground Sessions, a new open mic night held at the newly re-opened Jacaranda every week.

He is also at the helm of The Parr Street Acoustic Sessions at Studio 2, Parr Street which take place monthly. The next sessions will be held on November 25 and December 17.

For now though, Morecroft’s debut single On All Night is out on November 28 and it is an ode to our fair city. On the day of its release, Morecroft will be supporting Beans on Toast at The Shipping Forecast.

Morecroft has a vocal which is so full of character and experience that it’s hard to believe he’s only 23. He has a tone which is deep, gravelly and grips you instantly.

On All Night is laced with acoustic guitar and leaves you in no doubt that Morecroft is a talented songwriter.

His lyrics are sharp and witty, as he focuses on the lesser known areas of the city: ‘Walton and Fazakerley where the Mystery Bus won’t go.’ It’s a charming and refreshing track with a chorus that will have you humming along from the first listen. A great debut.