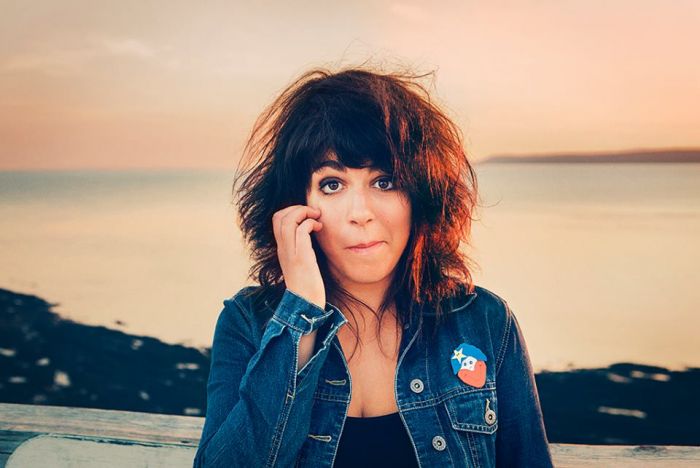 This week’s Unknown Pleasures finds Getintothis’ Patrick Clarke uncovering folk-rock at its finest, the best of Floridian power-pop and even a whole new genre…

Lisa LeBlanc is to the art of the smoky deep-south stomp what Laura Marling‘s recent outings have been to the spectre of vintage English folk, an artist tied to her genre with such seemingly deep-seated, elemental finesse that it’s easy to forget she’s still a voice of her own time. Even more surprising, then, that it’s far from a Tennessee dust-bowl that LeBlanc calls home, rather bi-lingual New Brunswick, Canada, where the singer’s French-language debut caused monumental waves of its own in francophone circles upon its 85,000 selling release in 2012.

Her latest EP and English debut Highways, Heartaches and Time Well Wasted is affirmation enough of that foreign acclaim courtesy of  ferociously tight attacks of banjos and spikey southern guitars, a huskily, hypnotic vocal and a steadfast sense of narrative in the lyric. Shot through with unmistakable charisma the record ebbs and flows with unbridled confidence, from the tenacious fire of Katy Cruel and Gold-Diggin’ Hoedown to the the dusky slow-burners of Waiting List and the title-track it boasts grit and determination beyond its years, and on the likes of lead track You Look Like Trouble (But I Guess I Do Too) unleashes nothing short of a masterclass in the art of folk-rock perfection.

In sunnier Miami climes, Ex-Norwegian are playing looser with tradition on their latest and fifth full-length Wasted Lines, the first to feature new singer Lucia Perez alongside Roger Houdaille  – an inspired choice given a sumptuously louche prevailing vocal tone. At the heart of their sound is a healthy leaning towards angular, jagged power-pop a la Franz Ferdinand, but it’s a myriad of infusions around that spine that really sets the group apart; whether it’s mazing, unpredictable structures, a squalling injection of synth or a caterwauling attack of stoner-rock guitars, every track has its own abundance to boast, and as an album it’s one hell of a listen.

Colchester’s Gundam, meanwhile, is heading a surge in a budding r’n’g scene (that’s rhythm and grime) with his audacious debut album Flirtation. Taking the already resurgent demand for contemporary R&B and taking it to the chopping room floor, on paper it’s little more than a mangled collision of terse vocal samples, tumbling drums and uncompromising electronics, yet amidst that madness there’s just something that works, admittedly perhaps not across a whole album – it’s an act performed better on some of the ten tracks and perhaps lacking much sense of progression, yet at its best feels both bizarrely beguiling and utterly fresh.