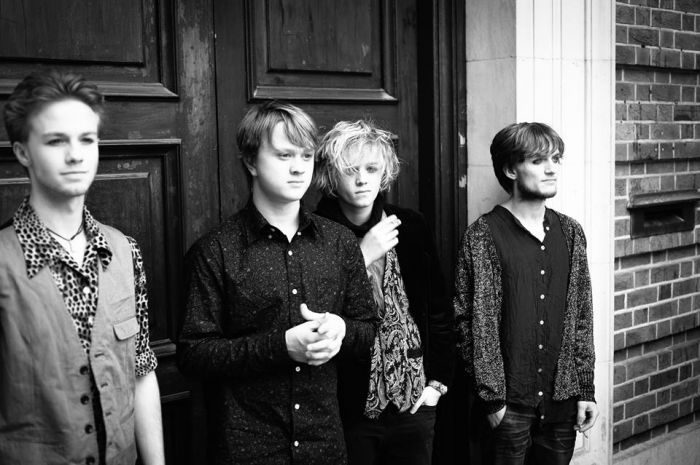 Gaining a huge buzz online and lauded by 6Music, Getintothis‘ Paul Higham takes a look at one of the most exciting new bands, ahead of their gig at The Magnet

It is often said that music moves in cycles as new bands, shaped by the sounds of their youth, reprise the sound of their formative years. Hailing from Bristol and formed by two sets of siblings, The Jacques clearly wear their thinly-disguised influences on their sleeves.

With a debut EP, Pretty DJ, having just been released on The Libertines‘ drummer Gary Powell’s record label, comparisons to his former band are obvious and could be said to be lazy. However sometimes such similarities are deemed such because they are accurate.

A first play of Pretty DJ does immediately recall the sound and feel of the The Libertines’ exuberantly ramshackle debut album. Their sound is defiantly British and, in a vocal delivery highly reminiscent of Pete Doherty, lyrically they cover territory that would be familiar to fans of The Libertines. Was there even a reference to ‘coughing up lungs’ in the title track, a song that, while endearingly naïve, pokes fun at a DJ’s unwillingness to play their tunes?

There is perhaps a serious point here.

The EP seems to yearn nostalgically for a time when rock ‘n’ roll was simpler and more straightforward, dealing with the awkward experiences of youth. There is a lot to be admired in their emphasis on a slightly old-fashioned rock and roll sound and sensibility. Undeniably tuneful, the guitars are distinctive and catchy while the rhythm section does a nice job in keeping it all tight and pointing in the right direction. Hell, there’s even a whiff of Supergrass’ I Should Coco in their expression of youthful excitement.

Remember that moment when Arctic Monkeys burst onto the scene: fresh, exciting and seemingly free from artifice? The Jacques capture that same sense of urgent energy, that innocence, and that intoxicating belief that anything is possible.

Guaranteed to whip-up small old-school venues into a beer-fuelled frenzy, The Jacques play The Magnet on 12 December.

Lauded by Huey Morgan and already generating a significant internet buzz coupled with increasing airplay on the likes of 6music and Xfm, you’d be foolish to miss out on a night that promises much in the way of old-fashioned fun.