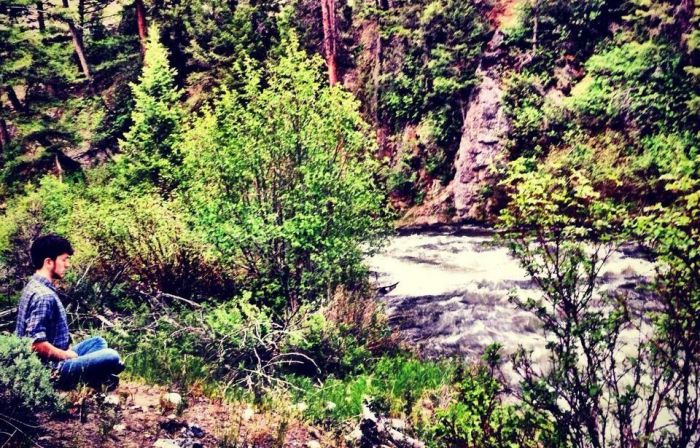 Serving up a touch of Santa Cruz injected with Scouse sunshine pop, Getintothis’  Emma Walsh gets acquainted with the sounds of Ian Janco.

It may be dark and blustery outdoors but curl up and turn up the volume, we’ve got something a little warmer for you on this wintry day.

Ian Janco is a singer-songwriter with roots in Idaho and Santa Cruz, a heritage that’s had a fortuitous influence on his song writing if the laid-back, rustic charm of album Stronghold is anything to go by. There’s an ease to Janco’s style that radiates a mellow California glow, it’s an ease you might expect from someone more mature in years, but then it seems LIPA student Janco has had a guitar in his hand since the womb.

He played his first original track live at a local blues festivals back in the states aged just five-years-old and recorded his first five song EP at the age of eight. Everyone else feeling the weight of their own comparable underachievement, yes?

Despite his youth there is a kind of wisdom to Janco‘s songs, an almost old fashioned appreciation of the simple, stripped back, God’s honest, good song-writing which makes more of finger-picking and clapping rather than adding a dozen bells and whistles.

If you’re a fan of Josh Ritter, Janco‘s sometimes story-telling style will have a welcome familiarity. Stronghold was recorded on the back of a busking tour around Europe, a narrative clear in tracks such as I Could Change. Such journeys of inspiration so often lead to self-congratulatory pretentious crap but Janco maintains an authenticity that charms rather than chafes on the listener.