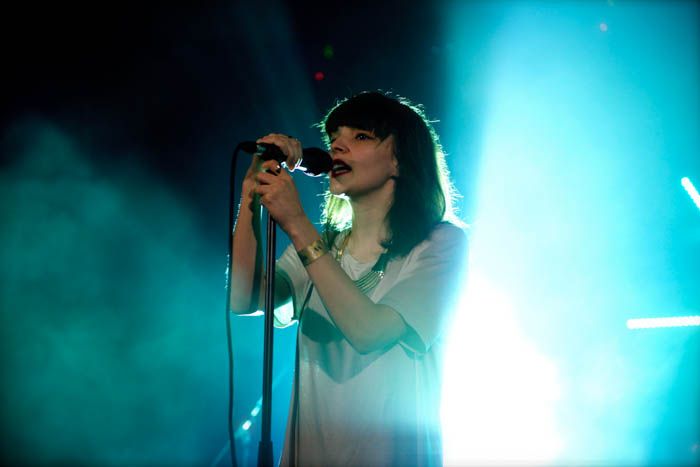 In a prank that any band manager is sure to find less than funny, Chvrches decided to ruin their own managers day by playing him some of their ‘new material’.

Six weeks into the recording process of Chvrches‘ second album the trio excitedly welcomed their manager into a Glasgow studio to lay some of their new material on him.

Presenting him with a track that sounds like a 10-year-old playing with the preset tunes of their first keyboard it’s an honestly horrific sound reminiscent of a circus themed nightmare. Nothing like the quailty that was on show at Liverpool Music Week last year thats for sure!

Front woman Lauren Mayberry keeps to together, just about, throughout the video (snacking on something that only increased our desire for a bowl of Scouse), as their Hairy Biker look-alike manager remained professionally stoic, probably planning his imminent change of identity and career.

We can only imagine the panic he must have been internalising at the time.

Naturally some pompous fools have taken to the YouTube comments section to praise the “discordant sound” as “kind of interesting” once again proving that there is nothing some people won’t like just to act musically superior.