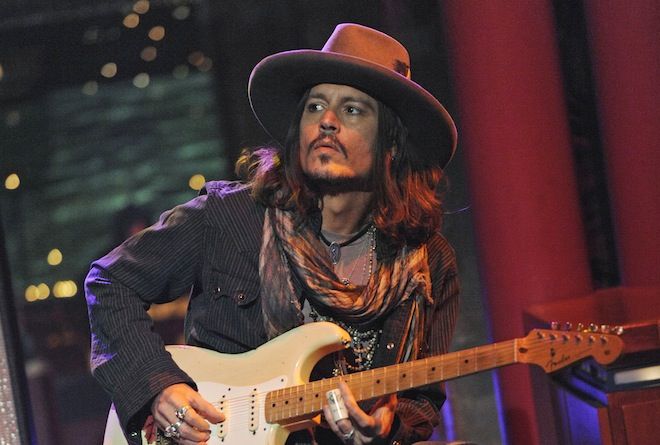 Johnny Depp has been sending out some mixed signals as of late. One minute he calls Hollywood stars who start bands “sickening”, the next he’s forming a super group called The Hollywood Vampires with Alice Cooper and Joe Perry.

I didn’t take much notice when he made those comments. Obviously, actors making music hasn’t resulted in the best material, but musicians trying to be actors hasn’t quite worked out either.

Consider that in the 80s, Madonna and Prince both tried – and failed – to have successful movie careers. Madge’s reputation as box office poison proceeds her, but damnit if she don’t keep coming back for more!

And as for Prince? Well, despite the success of Purple Rain (so much so that Eminem practically re-made it for 8 Mile), the script of 1990’s Graffiti Bridge was so incoherent that Madonna refused a role. That’s Madonna of Shanghai Surprise turning down a role as she felt it wasn’t worthy of her talents. That tells you about the quality of Graffiti Bridge.

And while we’re listing superstar musicians making crappy movies, I have three words to fill you with terror: Mariah Carey’s Glitter. Which, incidentally, Carey has blamed the failure of on 9/11, rather than the fact that it just plain sucked. 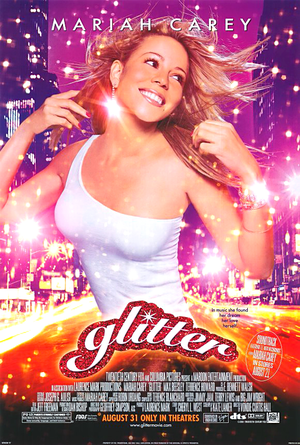 Mariah Carey’s Glitter, the failure of which we are positive wasn’t due to 9/11

It’s safe to say that a lot of those movies were “sickening”, but is it true the other way? Well, I once accidentally saw Juliette Lewis’ band, Juliette & the Licks, and I can confirm that I wept for the future of mankind as a result. But at least her intentions seemed pure.

Let’s be honest though, the only reason to go and see an actor in a band is to see the star, not listen to the music. Why else would anyone go to see Steven Seagal play blues instead of an actual blues musician?

For the most part, they are also complete vanity projects, designed purely to confirm the awesomeness of the individual to themselves more than anything.

I started searching online for some successful attempts and came up short. Not that it was a waste of time, because I did find was that there is a sub-section of people who are worse than the main pack; former friends of Michael Jackson.

Jackson didn’t have the best of luck trying to do movies; The Wiz practically put an end to the golden era of the Blaxploitation flick and Moonwalker was – on top of being his first true stab at absolute narcissism – a complete omnishambles with the kind of internal logic that suggests when gangsters are chasing you, you can just turn into a car to get away from them.

Despite this, friends of his seem to have thought they could mix it up more successfully than the King of Pop. And that’s when a friend of mine sent me this.

That’s Corey Feldman, star of The Goonies, The Lost Boys and Gremlins, former friend of Jackson and the Corey that doesn’t have a band or a Thrills song named after him. He decided to become a musician for some reason. And this song is called Ascension Millennium.

It may be the single most annoying sound I have ever heard in my life, including next door‘s dog at 4am. The whole project – song and video – appears to be an interpretation of what Feldman believes is constantly happening in Charlie Sheen’s head. It almost makes you nostalgic for the time when all we had to contend with was Rebecca Black’s Friday. And what’s he doing with his voice? The only time that makes sense is when he’s clearly struggling to put the gloves on.

But, what more can you expect from an 80s teen idol who hasn‘t really forged a successful career since his heyday? Surely someone at the peak of their commercial powers, and enough clout to get real musical talent on board, would create something a little more credible, right?

Eddie Murphy was another friend of Jackson’s and attempted a music career in the 80s, making an album that he himself determined as “pretty bad”. His only real hit, Party All The Time, was co-written by Rick James about a girl who just wants to party all the time. Given both Murphy’s and James’ images at the time, the fact that anybody in the universe thought this would work is genuinely mind blowing.

For a guy who was known for James Brown impressions, it’s difficult to understand why he felt compelled to emulate Lionel Richie. Even when he was at his commercial zenith, Lionel Richie was kind of lame. You only ever listen to Dancing on the Ceiling courtesy of wedding DJs for a reason.

If you think Party All The Time is weak, I wouldn’t recommend follow-up single How Could It Be, or his Jackson collaboration Whatzupwitu, which appears to be a practical joke at Michael’s expense.

Displaying the kind of arrogance and lack of self awareness that one can only get from thirty years living in a Hollywood bubble, Murphy has been talking about a musical comeback. Despite the complete lack of demand.

Just when I thought I’d reached my limit with Macauly Culkin’s Pizza Underground, a band that performs pizza-themed versions of Velvet Underground numbers (because…why the fuck not?), I remembered this.

Ola Ray, the girl from the Thriller video. This one could give you an aneurysm. A supposed tribute to Jackson, the song lovingly dissects the relationship Ray didn’t have with him as she occasionally says “MJ” and “Thriller” for no reason other than to remind us that she was in the video.

Not that we need reminding, the whole video is obviously a Thriller rip-off. I mean, affectionate tribute. I mean, rip off. And full of what I can only assume are unlicensed clips and images from the video. I think I can say without fear of contradiction that Tommy Wiseau could have done a better job of directing it.

As for Ray’s vocal prowess, do you know of Florence Foster Jenkins? She was an American opera singer primarily known for a complete lack of rhythm, pitch, tone and bizarre pronunciation who was deluded enough to dismiss ridicule as “professional jealousy”. Ola Ray could only hope to be as great as Florence Foster Jenkins.

From this evidence I think it’s safe to say that actors shouldn’t do music and vice versa. So, let’s hope Depp’s Hollywood Vampires is just a one-off.

Mumford & Sons are going electric on their new album. Not quite the culturally Earth-shattering move of Dylan going electric, but it’s probably important to them.

After three years, Carly Rae Jepson has responded to the cries of a yearning nation by releasing a follow-up to Call Me Maybe, It’s called I Really Like You, which would be fine if she was 20 and not 30 years old. For the love of Thor, act your age, Jepson!

Neighbours Robbie Williams and Jimmy Page continue to feud over their property, with Page making yet more complaints. Seriously…why isn’t this a reality show? Viewers can vote for whether each change can be made to Williams‘ property.