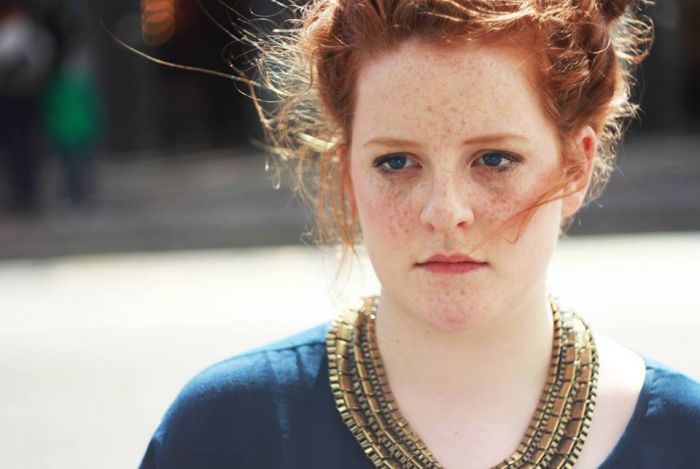 In a market saturated with melancholy pop, Getintothis’ Shaun Ponsonby finds Frances stands out from the pack.

Frances has a refreshing take on the ever-present post-Britpop melancholia. There is a level of sheer emotion here that most have trouble reaching, but she manages to hit with apparent ease. This goes for both her vocals and her subdued piano playing, which seem to ache with each ivory compression.

She has been compared to Tom Odell, which seems a little unfair. One thing that Frances has, that Odell doesn’t, is soul. Listening to her sing the gorgeous A Million Lines – with what sound like deeply personal, almost self-deprecating lyrics, with the narrator writing “a million lines for a billion hearts” – her vocals cut through and almost bleed through the speakers. She is impossible to ignore.

The song begins with Frances singing solo at the piano, before bursting into a full band arrangement, bringing in a cascade of emotional uncertainty.

Coming Up For Air feels purposefully claustrophobic as its author laments the suffocation of “the love you put me through”. A sparse arrangement throughout helps to push this through in a glorious fashion.

Both songs actually almost bring to mind early Kate Bush (without the mad vocals) in very different ways. The structure and self-harmony of the former, and the surprisingly heart wrenching cries of “oh-oh-woah” of the latter show that Ms Bush is likely a significant influence on her work.

Frances is from Berkshire, but is currently based in Liverpool having studied at LIPA. She performs in the city often. Having already appeared on Zane Lowe’s Radio One (for now!) show, she is rightly tipped to be going places. Get in there before that happens.

Frances plays as part of the Communion New Faces tour at The Arts Club on Monday April 20 with Tenterhook, Charlotte OC and Freddie Dickson.