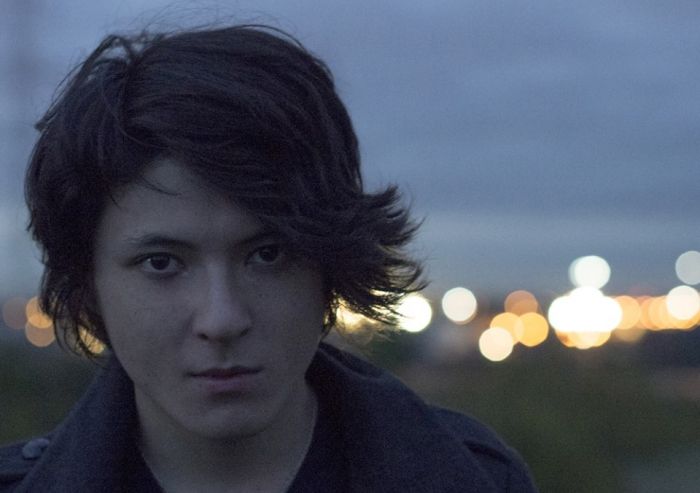 Late night tales and late night listening, Getintothis’ Peter Guy on pleasures worth staying up for.

We’ve always admired and been somewhat jealous of ‘morning people’. How come some folks are wired so that they can, as Gary Neville calls it, ‘attack the day‘.

The closest we get to applying any form of aggression in the morning is stubbing our toe while clambering into the shower. Or lumbering falls on the landing while attempting to put a leg into our trousers. Or shaving nicks all over our neck and chin, so that we actually look like we’ve been attacked by a slightly inept chib-wielding lunatic. In fact, such is our feeble ineptitude at coping with early rises, the entirety of our morning routine resembles a slap-stick carry-on of stunts and hapless actions.

We’ve always been more suited to the night. Less so in recent times, however, it’s still part and parcel of our make-up to look at the clock at 1am and think there’s plenty more hours to ‘do things’.

Such is the nature of a nocturnal time existence, it’s also when we find ourselves doing most of our listening. And it’s long overdue a top 10 of late night aural treasures.

We have however, discovered several offerings which have kept us enriched into the small hours over the last few weeks. The latest of which comes from Guernsey/Dorset/Brighton collective Mt Wolf, who follow up former Getintothis Single Of The Week Red, with an equally beguiling heart-tugger, Hamburg. It’s six minutes of swooning melancholia drenched in glistening textures and a central building crescendo which disarms and will have you catching your breath. Stunning.

Equally impressive is the work of Leeds via Leicester song-writer, Paul Thomas Saunders‘ whose track Santa Muerte’s Lightning & Flare is perhaps the finest piece of work we’ve heard in sometime; we must have pressed repeat around a dozen times the first time we stumbled across it on a late night trawl. A sliver, high-registering vocal drifts across seven minutes of effervescent keyboard-assisted pop; it’s magisterial in it’s cinematic scale yet remains understated and beautifully refined. The fact we can barely discern what Paul’s singing about only adds to the allure – reminiscent of the first time we heard Michael Stipe warble along to Murmur – a tumbling emotive vocal of mystery. We’d urge you to check out his 2014 album, Beautiful Desolation.

There’s little such mystery to Bill Ryder-Jones‘ Home Recordings. A seven-song sketchbook of covers recorded between January and February 2015 providing a treat as we prepare for the follow up to his superlative second LP A Bad Wind Blows In My Heart.

This is Bill in stripped-back, laid bare, open-heart-surgery mode with the likes of The Beach Boys‘ God Only Knows, Gorky‘s Dead-Aid and Syd Barrett‘s Baby Lemonade given a complete sanding down revealing the marrow beneath the meat and bones – a mere strum and cracked vocal replace any form of orchestration or weighty instrumentation. Only on Prince‘s Nothing Compares 2 U (note the Doctor’s orders are to Bill, himself), and our personal favourite, a wistful reinterpretation of Nick Drake‘s Riverman, does Ryder-Jones double-track his vocal, adding a extra yearning pull. He never lets you down.

Appropriately enough, our last late night pleasure was served up by long-standing mix compilation, Late Night Tales. In what was always going to be a winning combination, Getintothis favourite Jon Hopkins remixed Yeasayer‘s I Remember – a go-to track, by one of our go-to bands. This was the first track we heard in late 2009 before interviewing the band in early 2010 – and it rarely left our jukebox all year; one of those profoundly uplifting songs which are contrastingly imbued with aching sadness, and perhaps, a touch of regret. It certainly struck a chord with this listener. Hopkins strips the Brooklyner’s effort right back leaving a skeletal piano and a vintage music box feel. Another late night winner.

For all of us still up, feel free to share your own, we’re still listening.