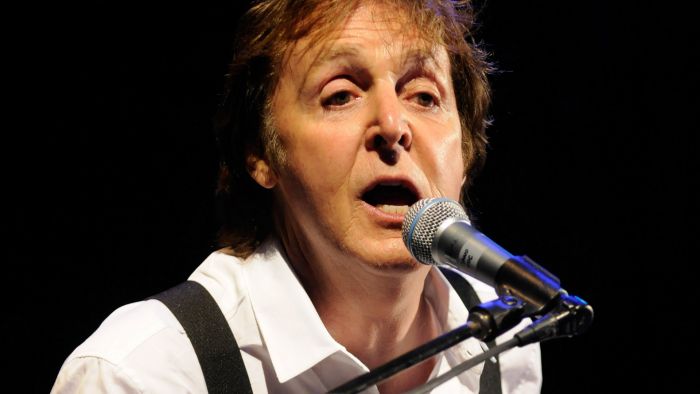 Sir Macca has so had many hits in his glittering career that it’s hard to know where to begin, Getintothis’ James Elson compiles our top ten tunes from an oft-overlooked post-Beatles career.

When Paul McCartney rolls into town he comes with a set full of well-known hits, but how many of these will be post-Beatles songs?

Almost in inverse proportion of the goodwill and awe directed towards The Beatles canon is even a simple awareness for what Paul McCartney achieved afterwards. The strength and depth of his Wings/solo back catalogue, along with it’s commercial success, is a big reason for his longevity as a touring artist. Were it not for these songs he might not have become as successful as he is. Here are ten of the best and a few extra thrown in.

Straight off the post-Beatles bat, another tune in his great tradition of Mecca-sized ballads. He proved his capabilities in this genre before with songs such as Let It Be, Long and Winding Road and Hey Jude etc. Twisting chords combine with heartfelt lyrics, the latter given a springboard by the soaring melody. Often criticised for his perhaps simplified, mushy lyrics, the words here ring sincere. A song of high quality which just missed out on being included in The Beatles’ oeuvre.

This album and its title track went a long way to helping McCartney regain his artistic ‘credibility’, something he’d apparently lost after leaving The Beatles. A progressive composition starting off as slow lilt, it quickly becomes a rock stomper for it’s second introductory section. A progressive Paul, who woulda thought it? When the tune gets going proper and enters its triumphant chorus, it truly takes flight. An unashamed anthem for Macca fans.

Not content with one anthem for Band On The Run, Macca wrote two. Another rocker with a half time intro, it utilises a heavy orchestral sound McCartney would continue on other albums. Layered strings, horns and synths back screaming guitars. The lyrics are nonsensical, hysterical and suit the mood perfectly.

After the success of Band On The Run, McCartney hit a rich vein of form. Another lyrically vague song which simply celebrates life and love, this tune was a huge hit when it was released. Clarinet solos abound, grooving rhythms aplenty, the melody is once more straight out the top drawer.

Exquisite production lets this svelte and slow groove slink through nicely. Piano that’s clear as water combines with drummer-boy snares and a joyous trombone line. Something which differs between Macca’s solo work and The Beatles output is the sheer amount of piano work in the former. It’s strong as ever here in this cut.

A defiant two fingers to those accused him of writing overly soft music. A crawling and infectious bass riff link nicely with shades of disco. The lyrics might make you cringe slightly, but it’ll make no difference once the tune’s stuck in your head; as Macca asserts, he just doesn’t care. He’s forever on a mission to provide love songs and he does it again here.

Hired to compose the movie title track, McCartney was insistent on performing it himself. Among this list, there’s not many that are guaranteed to be played at the Echo Arena when Macca pulls in. This one is though. It features on every single one of his live albums, Unplugged aside. Usually the centrepiece of his live performance, fireworks erupt as Live and Let Die thunders through in spectacular fashion. It was produced by George Martin and the superior sound of this single reflects that.

Cited by many people I know as ‘The Worst Song of All Time’, there surely must be something significantly profound about this ode to McCartney’s new found home that nonetheless makes it so popular? Maybe not, but the sentimentality seems to have connected with many people. Nobody could’ve guessed a bagpipe band would sell so many records.

Another Macca smash hit that many would consider too awful words, it still is instantly recognisable. McCartney’s calling card – the catchy melody – reigns supreme here. Even if you don’t like this song per se, it has no doubt been playing in the background during at least one of your treasured family moments.

NEW proved McCartney’s consistency, if anything. Masterful arrangements over a swung rhythm and a Beach Boys style harmony show he still has the skills when it comes to pop song writing.

And a bit more for the vigorous…

Macca mastering yet another instrument and writing a lovely little tune around it, this time the ukulele.

Surrealist lyrics and elephant-heavy on the old Joanna.

Charming ode to staying in with the missus.

Futurstic rocker taking an Orwellian look at the world.

Macca plays with his new gear and comes up with a whacked out jam.

‘Like Gravy/Down To The Last Drop/Keep Mopping Her Up Yeah/She’s My Baby’. Quite possibly the worst lyric of all time. Great song.