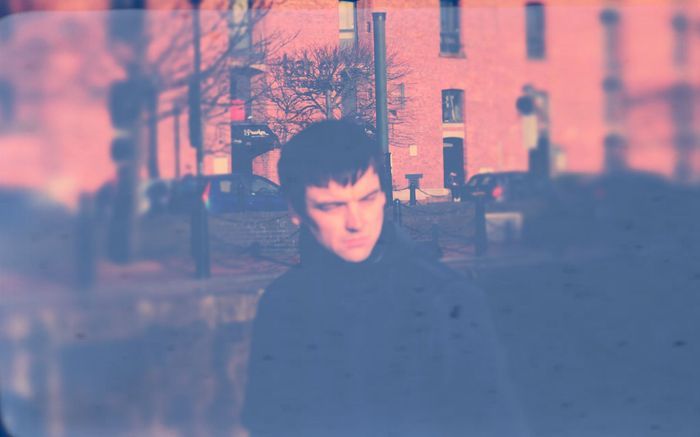 GIT award nominees We Are Catchers

Taking inspiration from the Beatles and the Beach Boys, Getintothis’ Alan O’Hare talks to We Are Catchers about their dreamy, west coast debut album.

Sometimes, when those of us who write about music compare a band or singer to The Beach Boys, we’re spot on. But, sometimes, we mention it because the percussive piano and sunny day harmonies of a piece of music put us in mind of that other ‘B’ band from the sixties too.

No, not The Byrds… we’re talking about The Beatles. And that scares us. But, here’s the thing; comparing someone to The Fabs’ doesn’t mean the whole thing… it’s not like you’re putting pressure on an artist to go from Please Please Me to A Day In The Life in five minutes flat. It’s just that a gorgeous melody, captured on a timeless recording, can make you think of perfect pop music. And that’s where John, Paul, George and Ringo come in.

It’s also where Peter Jackson, a/k/a We Are Catchers, comes in. Signed to Domino, and with one record (2014’s eponymous album) under his belt, Jackson has set his stall out alongside the top table of that fabled Merseyside/West Coast connection: Arthur Lee, Michael Head, Brian Wilson, Lee Mavers, Denis Wilson, The Coral… you know the vibe we’re talking about.

“They’re all huge influences of mine,” says Peter, who plays piano, sings and writes the tunes. “The songs we chose for this first record, in particular, really suited that West Coast feel too – but we don’t necessarily have to stick to a certain style of music.” It’s true – while the gorgeous Isabella sounds like Paul McCartney and Brian Wilson had a baby (with an ever-present tambourine replacing a rattle), the unrelenting beauty of We Are Catchers‘ debut single, Tap Tap Tap, furthers the aesthetic and adds a touch of Harry Nilsson to the mix. The tune bobs and weaves on a warm and tender atmosphere.

“The atmosphere of the songs is really important to me and that’s what comes first a lot of the time,” reveals the main man. “The words and melodies shape themselves around that first feeling or idea. But it’s that atmosphere that really helps you get inside of the song and feel it.” It’s a mood that invokes mornings spent listening to the aforementioned likes of Scouse songwriters, Mavers and Head – but Jackson is no imitator.

Indeed, there’s something else stirring here: “There’s a lot more to come from us… we’re about dreaming of better places and times, then trying to capture it in a song, I suppose ,” says the singer. So far, so cosmic Scouse. But, take a closer listen, and open your mind to the gorgeous, Burt Bacharech-esque Water’s Edge (“from the ledge, you can see the water’s edge…”), the haunting Over The Hill (“I can feel a different thrill…”) or the melodic beauty of If You Decide (“If you decide, you don’t want to fall into line…”). Three fantastic tunes from a rich and crafted debut album. 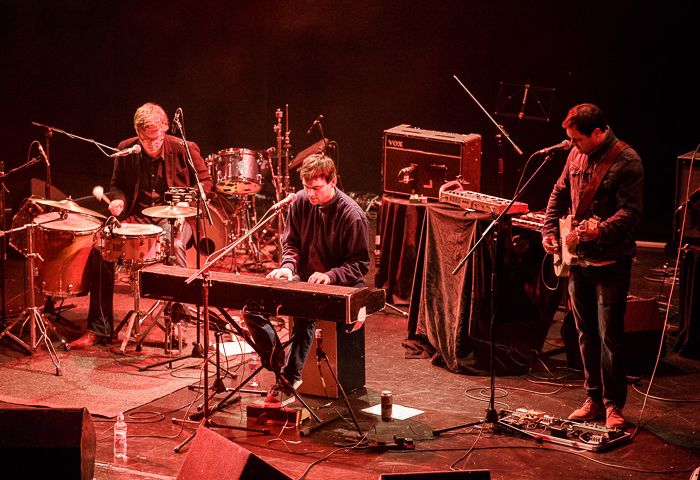 We Are Catchers live at The Epstein Theatre

We Are Catchers haven’t appeared from nowhere, though. Far from it; “I’ve spent years in bands like Gheko and Odega,” reveals Jackson. “I was writing with other people and just playing piano – but I always had my own stuff at the back of my mind. I’d never shown anyone really, so when I left those bands I just decided to get an eight track for the first time and give it a go on my own.”

It was a brave gamble that paid off handsomely: “That eight track instantly brought new life to the songs I’d either had in my head or on an old dictaphone. I even think that a few of the demos I recorded on it ended up being on this first album,” he says. You can tell – there’s a ‘nobody is listening, so why the hell not’ vibe to these initial tunes and a sun-kissed innocence that can only truly appear on an artist’s first set of recordings. In short, they’re special.

And it didn’t take long for his own music to capture people’s attention, either. It was through our old friend MySpace that Jackson found the ears that could help him: “Soon after those first ‘sessions’, I set up a MySpace and sent a few tunes over to Bill Ryder Jones, just to see if he’d be into doing anything, really. I’d called the MySpace ‘The Catchers’ and luckily he was really into them, so he passed them on to Laurence Bell at Domino and everything took off from there… we changed to ‘We Are Catchers’ soon after too.”

Recorded at home and in the studio, the debut album was then put together with help from The Coral‘s ex-guitarist, before its release last year: “Bill was about the fifth person to hear the first demos, so he has been there from the very start and he has helped me out with everything – I’ve lots to thank him for. The record wouldn’t be half what it is without Bill’s input and Darren Jones as well, who helped produce & mix it with us… they both played a huge part.” How about the record label? “Everyone at Domino has been great. Laurence Bell gave me the creative freedom to make the record I wanted to make, which was so important to me. I couldn’t ask for more.”

A GIT Award, perhaps? That could be the fillip needed to push this collection of songs into the mainstream: “It would be great to win and help get our music out to a much bigger audience. That’s the road where we want to be,” he says. “But there is loads of bands who could win – and also the ones not on the list too, like The Levons, Cavalry, The Wicked Whispers and Jimmy & The Revolvers.”

It’s been a great start for We Are Catchers and one that’s been all about the music since day one. Long may they run.