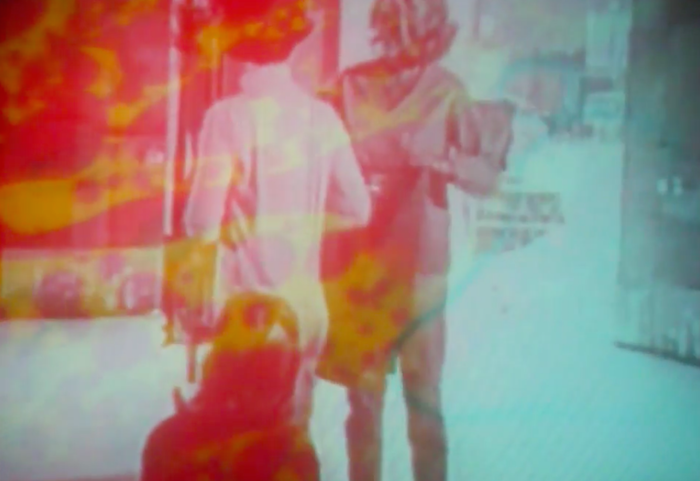 Demo #1 comes from the combined psyche of Ivan Hell and Chris Jones, Getintothis’ Craig MacDonald welcomes it into his consciousness.

Liverpool Invisible Psych Arkestra is the collaborative swirl of fuzz loving Dirtblonde guitarist Ivan Hell and the ethereal vocals of Sunstack Jones’ Chris Jones embracing the elements of both psychedelia and acoustica to create a sweltering dreamy haze.

As part of Ivan Hell’s Songs About Death series, the first effort from the duo is entitled Demo #1 and the presence of both parties main work amalgamates to create a blissful offering that hangs in the air like the heat on a warm summers day.

The track drifts along the ether of the sun’s rays, slowly building into a hypnotic trance-like mantra from an underwater temple, passing as you glide through the waves of the psyche infused world that engulfs you.

From the guitars’ opening sun-kissed melody setting the scene of a scorched afternoon, its acoustic spell slowly works its magic. The addition of Chris Jones’ vocals adds to the enchantment, constantly lingering in amongst the alluring strings as they intertwine to create the track. It is a shining example of what can take place when two diverse music styles combine.

The influences of both of these collaborators’ original groups can be seen within their work. The raw brashness Stooges rock and roll sound and the distorted reverb of My Bloody Valentine or Sonic Youth blast that transcends from Dirtblonde is stripped back to the medicated times of Velvet Underground or The Doors in a definitive shift towards the psyche-heavy sounds Songs About Death’s other workings have encouraged.

Similarly the breezy, highly addictive vocals that beset the beautifully crafted acoustic swirls that Sunstack Jones emit are reminiscent of early era The Verve or Scott Walker. But here they are woven into the piece and are at times almost Nirvana-esque in a trans-like dirge that sounds like a shackled soul in the deserts never relenting calefaction.

With a possible hint that this could hopefully not be the last time that Liverpool Invisible Psych Arkestra grace us with their presence, we certainly hope for more of the same from this tremendous twosome.