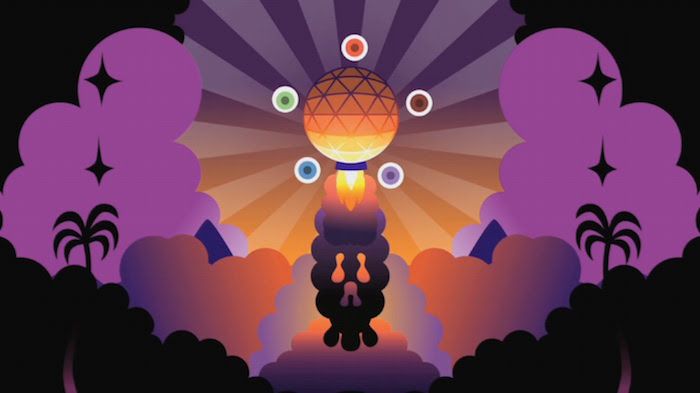 Ahead of their sold out comeback shows at Manchester’s Albert Hall in May, Getintothis’ Adam Lowerson picks out the top 10 tracks from Super Furry Animals’ genre defying back catalogue.

NME described them as the most important band of the past 15 years back in 2005, they’ve got nine critically acclaimed albums behind them, but Super Furry Animals still feel like one of the most underrated bands of their time. Perhaps it was the timing, and that they were swept along in the rush of Britpop meaning their musical innovation was overshadowed by the commercial successes of the likes of Pulp, Blur and their Creation label mates Oasis. Or perhaps it was the fact they were unfairly labeled as a part of the Britpop scene, when in truth their music belonged in its own Super Furry universe.

The Furries were their own thing entirely. With each of their nine albums being equally experimental and forward thinking while remaining consistently solid pop records, Gruff Rhys and Co were genuinely genre defying. With influences ranging from west coast psychedelia to electronic pop, the Super Furry Animals never stood still. Their evolution from debut album Fuzzy Logic’s indie pop belters to the 5.1 surround sound epic Rings Around the World is symbolic to  how the band crafted their own unique style, and regardless of commercial success are one of the most important and interesting bands of the past 20 years.

Now with a sold out UK tour coming up, and headline slots at the Green Man and Forgotten Fields festivals and a huge reissue of their Welsh language album Mwng for its 15th anniversary in the works, the Furries are well and truly back in the spotlight. Ahead of their two sold out shows at Manchester’s Albert Hall at the beginning of May, we have counted down their top ten tunes. It wasn’t easy.

Not one of the many obvious stand out singles from the Super Furry Animals, but a clear highlight from the beautiful Radiator. The track is five minutes of gentle, melodic 60s folk rock, meandering along before morphing into a psychedelic, electronic wig out climax. A perfect example of the band’s ability to meld genres together, creating something entirely their own.

The sound of summer. Combining calypso rhythms, steel drums and warm summery brass. The track is three minutes of pure bliss. It’s so joyous you hardly notice the lyrics are about Jesus seeking revenge on us all with monsoons and fire.

Pure, playful rock and roll. It was the lead single on 2003’s Phantom Power, but it had a lot of competition for the stand out track on the record, something which can be said about most of the Furries’ LPs. They’ve without doubt released some solid albums, but their singles are on another level, and Golden Retriever is just one of a very strong bunch.

Translating to ‘There She is’, the track features on Mwng, the first ever Welsh language album to reach the top 20 of the UK album charts. We haven’t got a bloody clue what it’s about, but its chiming guitar riff intro and warm harmonies suggest it’s probably something nice.

Slow Life is symbolic of the Super Furry Animals’ progressive, genre defying sound. It’s a seven minute epic journey through electronica, psychedelia, rock and pop, each flowing into the other seamlessly. While never standing still, it shape shifts through a spectrum of sounds.

With jangly acoustic guitars, moving chord changes and a searing, distorted electric riff ripping through into the chorus, Demons feels like a lost tape from Ziggy Stardust era Bowie. One of the stand out songs from the group’s 1997 masterpiece Radiator, the track has dark undertones yet still feels like a real anthem.

Another from the band’s debut, the fuzzy, chordy guitars and loose drum beats give the track a languid, slacker rock feel before soaring strings and an anthemic hook lift it to a climatic finish. Another killer single from Fuzzy Logic. There’s a trend here.

Juxtaposed With U sees the Welshmen at their most pop with the swirling strings and beautiful melody giving the track an almost 60s soul feel, but with spacey electronics giving it their Super Furry Animals experimental stamp. Around the time of recording, Gruff Rhys approached Brian Harvey to duet on the track. However, when the singer declined the invitation Rhys instead duetted with himself using a vocoder.

Without a doubt the band’s sweariest track, The Man Don’t Give a Fuck drops the F bomb a whopping 52 times throughout. The song sees the band unleash their fierce political side, showing there’s a lot more to them than banging pop chorus’. With it being eventually adopted as a statement against Bush and Blair around the time of the Iraq war, the track has become a defining moment in the band’s career.

From their single packed debut album, the 2:50 burst of indie pop Something 4 the Weekend introduced the world to the Furries’ knack for writing killer tunes while hinting at the dreamy psychedelic influences which were to come later in their career. The sharp stabs of guitar in the verses show the band’s anarchic punk side while the hands in the air chorus draws comparisons to Magical Mystery Tour era Beatles. A real musical melting pot.