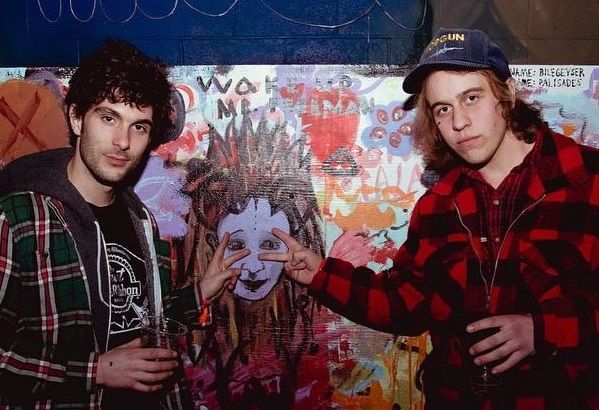 This week’s Unknown Pleasures finds Getintothis’ Patrick Clarke scouring SoundCloud yet again for the week’s finest new sounds, uncovering what might just be the future of pop along the way.

It’s no secret we love the Swedish scene here at Unknown Pleasures, and with Ninsun Poli‘s latest slammer there’s yet another slice of sublimity to add to the catalogue of what’s fast becoming the capital of the world for music at its most modish.

Hints of leaping disco strings, a stardom-ready vocal and the unremitting thump of one of the most vital sounding electro thumps of a backing that pop’s seen in ages all contribute to a track that while clutching for the mainstream does so with all the idiosyncrasy and sweeping scope of the genre’s very best – this is more Robyn than Rihanna.

Of course just which of pop music’s bright young things is next to find stardom is left most often to little but chance, but should lady luck be kind to Ninsun Poli she just might become the mainstream’s next great hope.

Should all that kaleidoscopic disco-joy begin to burn your musical retinas however, there’s a more monochrome blend of brilliance in the latest outing from small-town Texas gloom-rockers Birds of Night, whose thick-riffed self-titled third LP sees release on April 21.

Produced by Midlake drummer McKenzie Smith, their latest single cut from the album Asleep in the Pine is an opaque, widescreen effort of scrappily beautiful chugging melancholia, while Dark ramps up the aesthetic with enthralling propulsion.

Elsewhere Love is Stoned calls on both Sabbath and grunge for a whacking squall of screeching guitars, while Marfa Skies drifts towards early Kings of Leon in its gruff, gurning vocal hooks;Big Shot, meanwhile boasts the Deep South indie-rock blues at their absolute best on an album that, for all it’s stylistic variety, is still anchored by the prevailing murk of its enthralling atmospherics.

The reason Marzipan works is simply for its swarms of textures, whirlpools of hissing guitar and a gesture towards Kurt Vile‘s mastery of the haze surrounding what is, at its heart, lo-fi guitar-pop at its most melodically straightforward; that is until a brief coda of intriguing gestures at a space-rock freak-out rears a head that’s cut only too soon.

We can only wait and see if the full-length sees those smatterings more realised, but for now we can content ourselves with an accomplished early teaser. That and their incredible cover of Enya‘s Only Time on their SoundCloud of course.