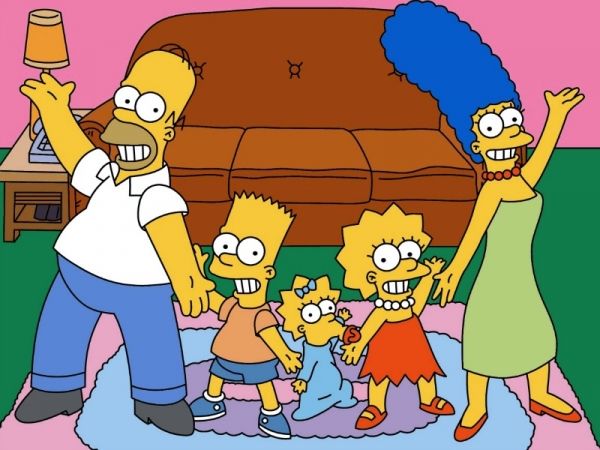 The Simpsons: please call it a day

As The Simpsons loses one of its core cast members, Getintothis’ Shaun Ponsonby takes a break from scouring music news to plead with the show’s staff to let it go.

Usually Cosmic Slop looks at the big music news stories of the week. However, as the self-appointed Getintothis aficionado on all things Simpsons, I’ve felt the need to wade in on the massive news that a major cast member won’t be returning. And this is my column and I can do whatever the hell I want with it, so there.

Actually, I was surprised that I was surprised. As early as 2004, Shearer had publicly stated that the quality had dipped; “I rate the last three seasons as among the worst, so Season Four looks very good to me now.” But somehow I never expected him to quit.

Showrunner Al Jean has maintained that his characters will continue. Of course, that’s a necessity, as three of Shearer’s characters (Flanders, Burns and Skinner) are the main antagonists to Homer and Bart, so they couldn’t really do the show without them. But whereas Looney Tunes eventually replaced the genius that was Mel Blanc, voice of pretty much all of their characters, that was years after Looney Tunes initial run of shorts.

The show has signed a contract with FOX for another two seasons, but would this be an opportunity to just…let it go?

They’re clinging on for dear life as it is. If we look at The Simpsons as a musical career, in the 90s it was The Beatles. Now, it’s twenty years later and it’s cringeworthy Michael Jackson duets and The Frog Chorus (looking forward to the show next week, Sir Paul!)

They just about got away with losing Phil Hartman, the voice of beloved recurring characters Troy McClure and Lionel Hutz. They were scraping the bottom of the barrel by continuing without Marcia Wallace, voice of Bart’s teacher Mrs Krabappel (“wait! Bart’s teacher is called Krabappel? I’ve been calling her Krandle! Why didn’t anyone tell me? I’ve been making an idiot out of myself!”). Do they really think, after a quarter of a century, people aren’t going to notice the difference after Shearer’s last episode?

Then again, I rarely speak to anybody who still watches new Simpsons episodes. The consensus is that anything they did in the 21st century should be approached with caution. As opposed to the period of time that I have in the past argued was to our times what Shakespeare, Dickins and Twain were in theirs, The Simpsons is now something comfortable to have on in the background, as opposed to a show of biting wit and satire. Today when Channel 4 and Sky One show repeats, you’re more likely to get a mediocre or – worse still – utter shit episode rather than a bona fide, quotable classic. I regularly speak to people who don’t think it’s all that good, and I suspect that this is one of the major reasons why.

They’re not even the characters they once were. Homer was once dumb, but overall well-meaning. Today he is selfish and openly mean spirited, what has been determined by many as Jerkass Homer. Lisa, once the grounded voice of reason, is now the kind of leftist blowhard that even makes me, someone who himself actually resides on the left, occasionally cringe. Marge was once stern but fair and not without a sense of fun, but is now an irritating nag. Bart used to be a rebellious kid with a heart, now he either fits into one category or the other depending on how the writers feel that day. At least Maggie is still just a baby.

Everyone has a different thought on when the decline started. For what it’s worth, I recently started watching the show from the beginning, in order. I am currently during a particular nadir in season 11. In watching this way, I noticed a shift in tone in season 8 (1996-97), a bit of inconsistency in seasons 9 and 10 (1997-99) and a real bomb being dropped in season 11, complete with jockeys who are really evil elves who live underground, Barney permanently sobering up, Apu having octuplets and the killing of Maude Flanders. Not being Treehouse of Horror episodes, thus should all be considered canon.

Clearly by this point it wasn’t the same show. So the season 11 finale, Behind The Laughter, a spoof of Behind the Music which shows The Simpsons off-camera and discussing their lives during the shows run, would have been the perfect place to end, for a multitude of reasons. Season 11 could have been written off as a wind down, and the episode itself could act as a nice send-off to America’s most beloved family.

But, no…they’ve carried on, for nearly triple that time, and have regularly contradicted themselves. The show that once made regular cracks about long-running TV shows jumping the shark in a desperate attempt for fresh storylines has long gone past the point of becoming the very thing it was parodying.

Which begs the question; why?

The Simpsons has pretty obviously said everything it has to say, and at its best they said it marvellously. So what need is there to continue?

Well, let’s look at the obvious; profit. As actor Troy McClure – you may remember him from such films as The President’s Neck is Missing and The Contrabulous Fabtraption of Professor Horatio Hufnagel – said in The Simpsons 138th Episode Spectacular, the insanity will continue “until the show becomes unprofitable”. But are new episodes necessarily needed for that profit?

There is still an argument that merely the presence of new episodes keeps the merchandising viable. But each subsequent season posts record low numbers (currently: 2.65 million). The show’s numbers are seriously dwindling. Often the ratings for re-runs aren’t that different to new episodes. Despite this, in 2010 it was calculated that The Simpsons is the most profitable show in the history of television, and continues to make around $750 million a year via merchandising and licensing. So, as one of the most expensive TV shows to make in the world, are the numbers for full seasons justifiable?

If they feel it’s necessary to make new episodes to keep the franchise alive, wouldn’t it be better to do 10 episodes per year or the odd special instead of creatively bankrupt 24-episode seasons? As much of a dirge as new episodes can be, there’s often a lot of salvageable material scattered around.

On the merchandise front, they’ve stopped producing DVD and Blu-Ray collections of each season, meaning past season 17, you will be unable to purchase them. Ostensibly, they attributed this to the fact that streaming is now such a big deal that it wasn’t worth the production costs. What that really means is not enough people are buying the box sets anymore, and I doubt that it’s the recent, lesser seasons suffering this fate is coincidence, because it’s pretty unanimously agreed that the very best thing you can possibly say about these episodes is that they are not as re-watchable.

Should they even still continue call the show The Simpsons? The 1996 episode 22 Short Films About Springfield sparked a spin-off idea with the writers, Tales from Springfield. The idea was to focus on the town in general, rather than the Simpson family, with three short stories instead of dull 20-minute episodes. The idea never came to anything, but the staff have maintained that they would like to explore the it further.

Seeing how we often now find the family themselves shoehorned into stories that they don’t really belong in, which really grinds things to a halt, why not go down this path?

The only other reason I can think of to keep it going is to set run-length records. The new contract with FOX takes them up to season 28, which brings the total to 625 episodes. That’s a massive achievement for any show, let alone an animated one in prime time. But again, at this point even shorter seasons will keep them going there. They’re already a quarter of a century ahead of everybody else.

It’s a shame, because it feels like they’re missing a trick. A one-off deal with Shearer and the rest of the cast to make the last ever episode of The Simpsons, and advertise it as such. No matter what we all say about how we think it should have ended years ago, the final ever episode would bring everyone back one last time.

At the end of the day, The Simpsons is currently in a weird position. It’s like the period in the 90s just before KISS put the make-up back on. Simpsons nostalgia is at a high, and yet the show is still on.

After the BBC‘s jarring mindfuck of a hip hop Mastermind special last year, they’re following it up with an Ibiza special, giving new meaning to the word “contradistinction“.

Simon Cowell is producing a biopic on Brian Epstein called The Fifth Beatle. Expect Epstein to be portrayed by Olly Murs and Ant & Dec to play Lennon and McCartney. *sigh*

Bill O’ Riley, one of FOX News‘ angrier fabulists, has blamed the decline of religion on rap music. And he says that like it’s a bad thing.