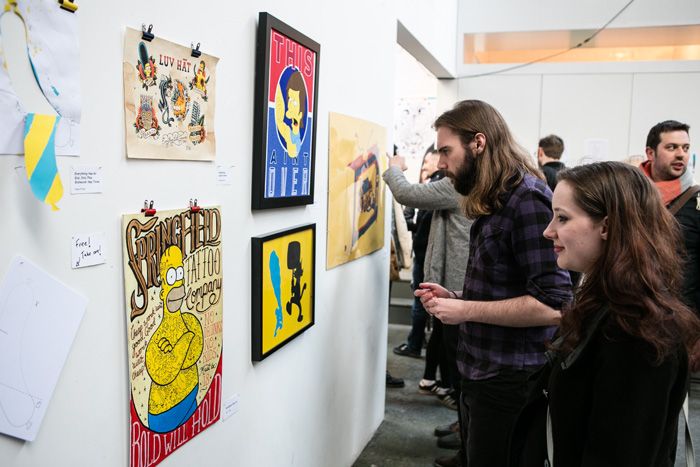 Simpsons fans contemplating whether to get one of the tattoos on display or one that reads “The Bart, The” in German.

A colossal Simpsons nerdgasm. Getintothis’ Shaun Ponsonby attended the No Homer’s Club launch night, and it sounds like he didn’t want to leave.

If you were born any time after 1980, then you should have been there.

This writer has already professed why he thinks The Simpsons is the greatest thing since yellow bread, so you can imagine how excitable it was to see the sites at the No Homer’s Club Simpsons-themed art exhibition at Constellations.

Before heading inside, one thing is clear; it’s going to be packed. There are even people begging for tickets outside. We don’t even see this very often with huge bands, never mind art exhibitions. Outside the main exhibit, a stroll into Constellations’ beautiful beer garden found us face-to-face with a stall offering Flaming Moe’s. The bartender at the stall was dressed like Moe himself. Once in a while his phone would ring and he would as if he had a “Hugh Jass” or whether he could find “Amanda Hugandkiss”.

The garden was also littered with Simpsons references; George Bush’s “Two Bad Neighbours” sign and Bart’s campaign poster from when he ran for class president among them. Meanwhile, we were offered Kwik-E-Mart style squishees (albeit, with vodka in lieu of syrup).

Inside the actual exhibit was a colossal nerdgasm if we ever saw one. Some of the pictures below speak for themselves, but it’s hard to convey our sheer giddiness at the things we saw. Amongst our favourite pieces were the various stages of Marge’s pink Chanel suit on mannequins, Lisa’s poem (“I had a cat named Snowball, she died, she died…”), a poster for a movie called Thrillhouse (Tagline: “His mom says he’s cool”), and Ralph Wiggum’s Star Wars diorama.

People came dressed for the occasion. Among our favourites were three guys with t-shirts reading “Homer was right” and “Homer was a dope” (with, we have to say, some fine stitching on “dope”), with the third sporting Kirk Van Houten’s drawing of “dignity” from a game of Pictionary. We also saw someone dressed as Blinky, the three eyed fish.

The highlight of the launch night, however, was a set from Organ Freeman. Dressed as the Bee-Sharps, they played a criminally short set heavy on Simpsons covers, including Baby On Board, We Do!, a medley from the Planet of the Apes musical and the Kirk Van Houten classic, Can I Borrow A Feeling?, before ending with a funked-up rendition of Do The Bartman (written by Michael Jackson, trivia fans).

For Simpsons fans, it was a night to cherish, a fun celebration of what might be the most important piece of entertainment that helped shape the people we became. It would be nice if this yearly custom could become an annual tradition. 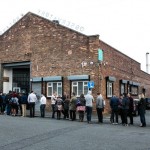 “Wow! What an ending! Who’d have thought that Darth Vader was Luke Skywalker’s father?”: The massive No Homer’s Club queue 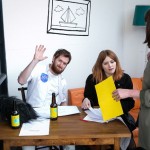 The exhibit’s reception desk. Or is it the front room at 742 Evergreen Terrace? 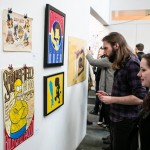 Simpsons fans contemplating whether to get one of the tattoos on display or one that reads “The Bart, The” in German. 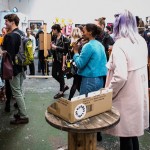 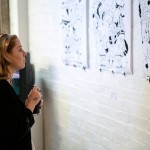 This is what we call “outsider art.” It could be by a mental patient, a hillbilly or a chimpanzee. 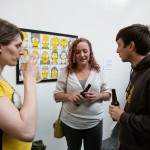 Simpsons fans, standing on their hind legs like a couple of Rory Calhouns 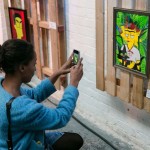 “I am the Lizard Queen!” Also pictured, Grimey 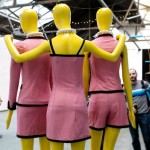 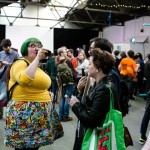 “To alcohol; the cause and solution of all life’s problems.” 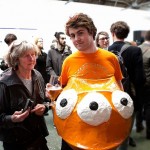 This is the real Blinky, the three eyed fish 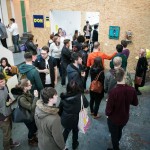 They feel like kids in some kind of store 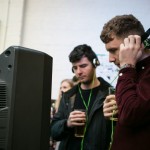 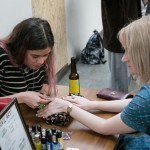 A board with a nail (varnish) in it! 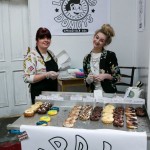 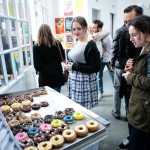 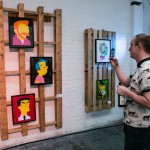 Maybe this is where Blinky really got his other eyes from 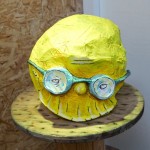 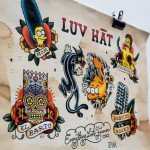 All of these tattoos are better than Homer’s Starland Vocal Band one. They suck! 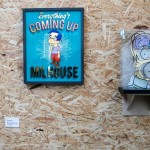 Left: The way you feel when your floodpants work Right: The route of Homer’s stupidity 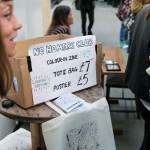 No Homer’s Club merchandise for sale. You could pay by cash, or by inanimate carbon rod 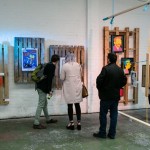