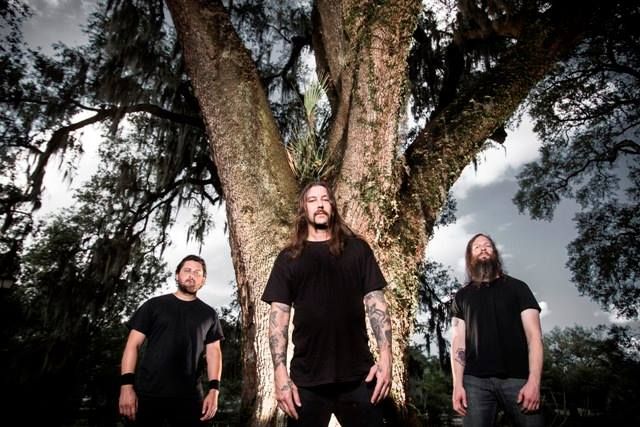 This month’s Dysgeusia has a touch of the exotic as Getintothis’ Mark Greenwood reports on all things metal from the fun, sun and motor malfunctions of Fuerteventura.

Meandering wildly through the lunar landscape of Fuerteventura in a ramshackle jeep provides an opportunity to reflect on this month’s metal meditations. The air conditioning is broken and the windows don’t work, our sweaty hands carefully negotiate a slippery steering wheel as Getintothis scorch across rough roads, ignoring the mocking bleats of attendant goats. Cheap aviator sunglasses protect the eyes from a blinding sun and the tremulous shimmers of heat radiation on the road ahead.

High on Fire’s Slave the Hive, from the new Luminiferous provides a fitting sonic assault as we swing a disintegrating metal machine around dangerous bends. The track is raucous and thrashy, heavy and sludgy, tight and invigorating. Surely, High on Fire are now sitting atop of the metal tree and this album provides a definitive template of what modern metal is and should be. Matt Pike is the bastard son of Lemmy, his gravel scarred larynx ranting alien conspiracies and the horrors of a reptilian lobotomy. The Black Plot finds High on Fire in familiar territory; a fierce artillery showcasing the spectacular virtuosity of the trio as they plummet a vortex of groovy riffage and explosive double bass blasts.

Within this spiral of chaos, the gear stick of the jeep, which resembles a lolly pop stick stuck in a shapeless turd, is hard to handle. As a result we can only guess the correct gears as the heat and gravel roads conspire against us. The gear box finally explodes, filling our vehicle with black smoke and the smell of burning rubber on hot steel. We somehow manage to wrestle our space jalopy into the port of Costa Bad Karma where Getintothis are forced to seek charity through the medium of Spanish pidgin Geordie. After a series of bizarre gesticulations and wasted euros, we eventually organise a rescue plan. Forced to endure the heat of a displaced location we turn our attention to an appropriate episode of space doom, courtesy of Photon.

Photon’s eponymous debut serves as a fine example of the ever burgeoning Space Metal genre, with their eight minute opus Interstellar probing the dark materiality of unknown galaxies and planetary pot-holes. The Belfast four-piece deliver precise yet sublimely dense slabs of monolithic doom, skilfully bouncing the listener around the interiors of an abandoned space station. If the band can adjust their frequencies and set their controls to the heart of the North-West of England, we’d gladly welcome them.

On a more sombre note, Getintothis were sad to learn that the influential Paul Van Linden of Grimpen Mire sadly passed away last week. Paul was the bassist and vocalist of a band that epitomised the doom metal spirit. Hailing from the birthplace of Heavy Metal, Grimpen Mire generously offered their formidable brand of traditional sludge to the international metal scene. Their Death on the Moor album from 2009 evidences their solid and pioneering impact on a thriving and sincere subcultural network that celebrates all things heavy. Paul will be sadly missed and our condolences go to his family and friends.