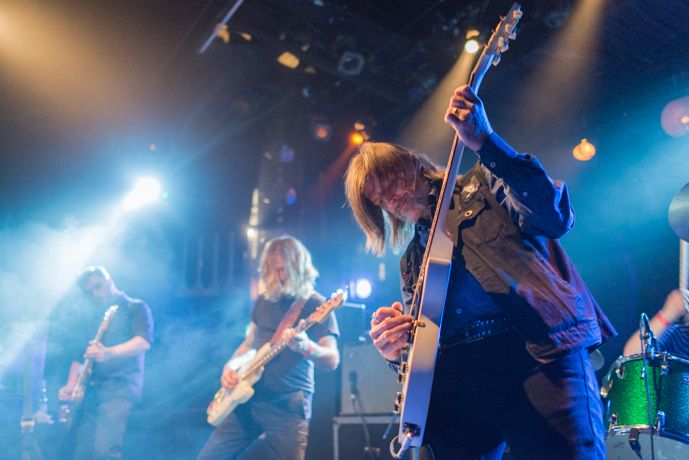 Earth‘s Dylan Carlson must have brought the Seattle weather with him to The Kazimier, as howling gales and driving rain battered us on the way to the venue.

Opening were Markers, a London-based guitar duo whose ambient noodling kept the room happily entertained, but didn’t quite catch a fire.

The early shift is sometimes an unenviable position for bands at the Kaz, but the twosome coped admirably, producing some cinematic and atmospheric, spacious tunes.

Next were the Liverpool-formed Mugstar, back on their old stomping ground following a successful US tour.

The band – a riot of hair, screaming and flailing drumsticks – let loose a thunder of riff-based, mostly instrumental space krautrock, standing beneath a giant projection of some psychedelic (and at time psychotic) visuals.

Powering through their set, it was clear that Mugstar are more than the sum of their parts. The ghostly reverb squeals of guitar, the drill-like bass and clattering, frenzied drums combining to make the very bones of the Kazimier rattle and shake.

Theirs was a performance of raw power, with instruments not so much played as tormented and tortured for our mutual delight.

The Big Bang expected of Earth following their shuffle onstage actually turned into somewhat of a whimper. “Could the drummer please report to the stage?” asked an impatient, yet still good-humoured Carlson, as Adrianne Davies loitered someplace outside, probably enjoying a pre-game cigarette.

“Do you want me to do it!?” cried a bloke in the crowd, equally as impatient. “I dunno, do you look good in a wig?” came Carlson’s quickfire reply – immediately diffusing the mounting tension.

Eventually Davies turned up and took her place behind the kit, issuing a few heartfelt apologies to her bandmates. The set that followed was certainly worth the wait however – beginning proceedings with the excellent There Is a Serpent Coming, one of the highlights of last year’s breathtaking album Primitive and Deadly.

The song set the tone for the rest of the night, it’s wavelike structure rising and falling beautifully, the band swaying in unison like a slow-motion Status Quo (minus the denim jackets, obviously).

Following was the epically titled The Bees Made Honey in the Lion’s Skull, an anthemic and bluesy track that morphs in both time and space, often imperceptibly – instruments swapping melody lines, motifs disappearing only to reappear elsewhere.

And all the while Davies’ exaggerated arm movements appear to conduct the entire performance, as graceful as the best ballet, while Carlson’s sparky guitar notes ring out as bright as the sun itself, poking through the clouds on a winter’s day.

They mix melodies as easily as this writer mixes metaphors.

The band appeared lost in the music itself, often facing down to the ground and lightly nodding in time without looking up for bars at a time. Never more so than during Even Hell Has Its Heroes, a song simultaneously both light and heavy, like a cotton candy made out of breezeblocks.

Three songs in and we’d hit the 40 minute mark, with every single member of the dense Kazimier crowd enthralled and absorbed.

It’s clear Carlson has sure lived a life, from the tragic circumstances and media circus that surrounded him following the death of his friend Kurt Cobain 20 years ago to now being regarded as one of the most influential musicians of the past quarter of a century. Their instrumental tracks somehow seem to reflect this – their intricacies and subdued power evoking a multitude of complex and raw feelings.

Earth’s songs are magnificently hypnotic, and during the wonderful run-throughs of From the Zodiacal Light and Ouroborus Is Broken, the scene inside the Kazimier was akin to a worship of an ancient deity – the crowd bowing in unison towards the stage.

The latter song was the first Carlson ever wrote for Earth, back in 1989. We’d wager that not many songs written back then sound as fresh and modern after 26 years, with its Sabbath-esque twists and turns and droning guitar.

The set then turned slightly meatier, with the chuggy Torn by the Fox of the Crescent Moon showcasing some deft guitar licks, before High Command’s distorted riffs ratcheted things up even further before the band left the stage.

Returning to encore with Old Black, Carlson looked every inch the gnarled and weather-beaten rock veteran. It’s hard to describe an instrumental as introspective, yet that’s what it seemed – the gloriously spacious, space-like and spaced out soundscape creating a rich and lusciously dark atmosphere.

Earth are true pioneers who were years ahead of their time. It’s a beautiful thing to see them recognised as such.

An entire set only eight songs long would usually leave you feeling short-changed, yet such are the splendour of Earth’s drone rock tunes we left feeling spoiled. 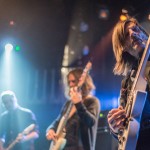 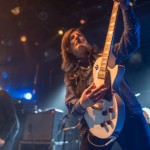 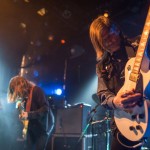 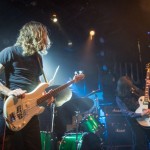 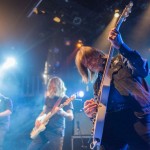 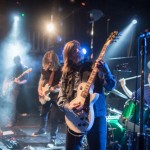 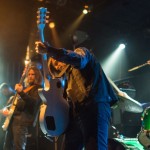 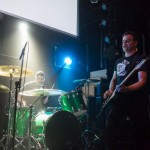 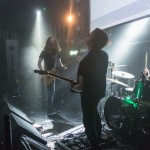 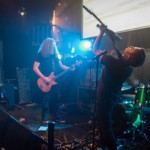 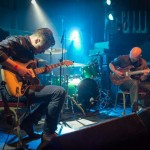