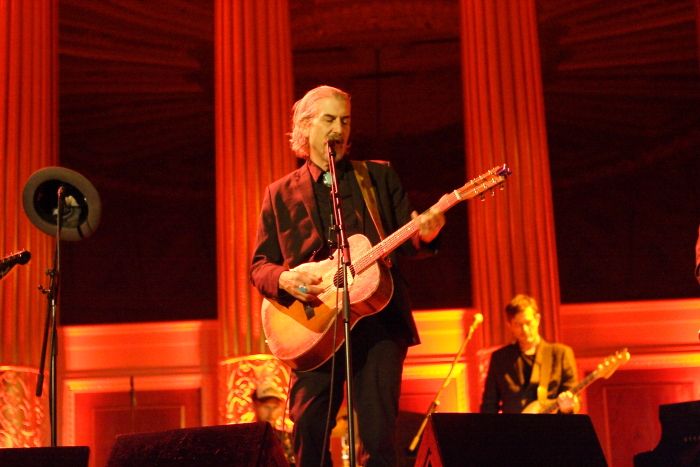 With Howe Gelb in unusually relaxed and focused mood, Getintothis’ Paul Higham finds enough to remind that Giant Sand are much more than a one-dimensional alt-country outfit.

Giant Sand head honcho Howe Gelb can often cut a mercurial figure, when he’s on his game he can be engaging, sharp, witty, irreverent and above all unpredictable. Yet those same characteristics when waywardly applied that can make his shows descend into barely watchable tedium. Indeed at a London show on his last tour he apologised for having neglected to play a single song during a torturous gig on a previous visit.

As such, it is always a step into the unknown when seeing Gelb step on board the stage. You’re never quite sure what you’re going to get. One thing for sure, his shows are always interesting if not always entertaining.

Stopping off at the spectacular – think last-days-of-Rome – St George’s Hall Concert Room, it was quickly apparent that Gelb was in relaxed, easy mood and initial fears that the night would descend into rambling stream of consciousness monlogues and barely finished songs were swiftly allayed.

Where once he was infamously irascible, Gelb seems to be mellowing as the years advance. Much like his peers and recent Liverpool visitors, Michael Gira and Mark E Smith, a desire to please his fans seems to have superseded any previous notion of filling with dread and discomfit.

Not that this necessarily makes for the most interesting performance.

Gelb has often, and unfairly, been lumped in with the alt-country and Americana movements that gained traction and commercial success in the 1990s and early 2000s. Yet to see him as merely a founding father of that scene, as some would allege, is to do him a disservice.

His music is often challenging, innovative and at its best defies any attempt to classify. It could be argued that, in the early days at least, it owed as much to punk and post-punk than to country. Much like former band-mates Joey Burns and John Convertino, any Americana influences derive more from his south-western heritage and the Arizona deserts than to the traditional twang of country music.

Yet tonight his opening songs felt too much in the alt-country vein. Foot-tapping and easy on the ear for sure as Gelb’s insistent acoustic strumming provided a rhythm around which band members Brian Lopez and Gabriel Sullivan played fairly standard countrified fare on their electric guitars. It was pleasant enough, but, well, it didn’t grab and excite you.

Things changed when Gelb strapped his electric guitar and the band played House in Order from the recent album Heartbreak Pass. A dark tale with gothic-noir undertones it built into a heavy foreboding finish, delivered with a greater intensity than the studio version allows. It was a welcome antidote to the pedestrian honky-tonk fare that had preceded it.

Thereafter the show came alive and generated its own momentum as Gelb displayed the subtlety and loud-quiet dynamic for which he has become renowned. Excellent versions of Texting Feist and Transponder amply illustrated, if further proof was needed, that the music of Giant Sand can easily scale heights that are far beyond the narrow mind-sets of alt-country devotees. Transponder in particular is brimming with ideas, suggesting there remains an undimmed creative spark in the old dog

The encore brought the oldest song of the night and perhaps its highlight. 1985’s Tumble and Tear was played loud with a tautness and a tension that echoed the likes of The Birthday Party or The Fall. It was intense, moody and introspective. With songs like this in their armoury, it is not far-fetched to suggest that Giant Sand were equally as influential to the alternative rock bands that followed as it has been said they have been to Americana.

The mid-point of the set, however, belonged to Gelb’s band-members. Claiming that he never wanted, nor had the attributes to be a singer and focal point of the band, Gelb handed over duties to his talented band. Each in turn performed a song with Gelb blending into the background, offering gentle piano accompaniment.

Despite never quite uttering the words “if its me and your granny on bongos then its Giant Sand”, it is fair to say that Gelb has dominated the group and been the sole member of an ever changing line-up. What tonight perhaps evidences is that it operates very much as a collective, with Gelb anxious not to steal the limelight. Perhaps it’s the baton being passed to the next generation of Tucson artists. That, or maybe he is just going a bit soft.

This interlude provided a strong echo of their earlier support slot, which had been essentially a Giant Sand minus Gelb effort.

Opening with Maggie Bjorklund on pedal steel suggesting than such an instrument can provide ambient and textural soundscapes as well as its more familiar mournful achings. We’re calling it country-drone, you heard it here first.

Tucson-based guitarist Brian Lopez played two songs on acoustic guitar. Or at least that was his intention. A malfunction during the sound-check rendered it out-of-service so improvisation was the order of the day. One song, played on electric guitar about rain in a desert, defied any attempt to pass it off as cliché. His minimalist playing created a dolorously evocative mood that it was hard to believe it hadn’t always been played that way.

Similar sentiments could be expressed in respect of Between The Bars, a deliciously off-kilter and quirky love song. This time he played the piano. The effect was the same. On this showing, and his playing in Giant Sand’s main set, he is a talent in the making and one to watch.

If Brian Lopez was the highlight of the supporting set. Then Gabriel Sullivan and Lonna Beth Kelley were not too far behind. The former operated in traditional lyrical country territory but substituted atmosphere for twang while Kelley appeared nervous but demonstrated a rich and evocative voice. A voice that would later come in to its own in a duet with Gelb on a set-closing Forever and Always. 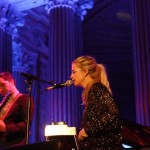 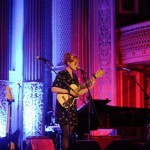 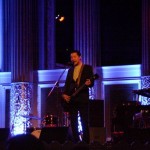 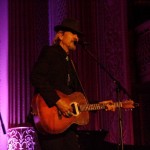 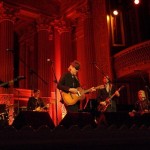 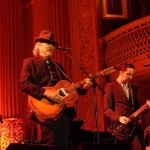 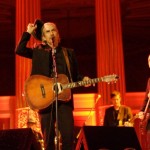 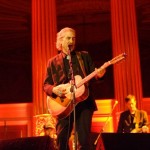 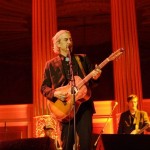 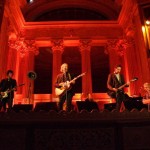 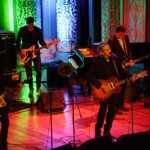 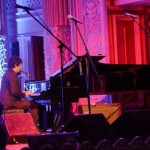