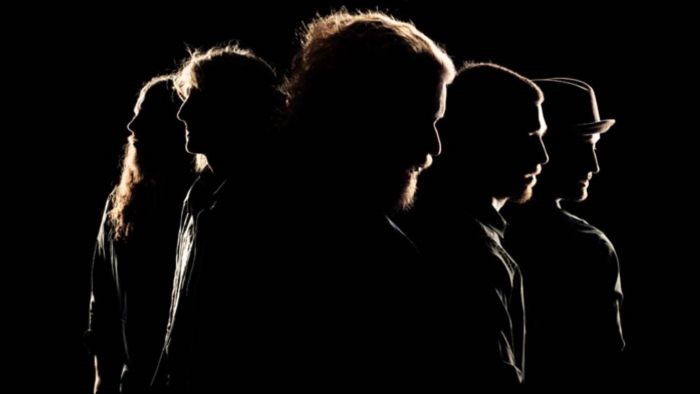 Louisville, Kentucky’s My Morning Jacket returned in 2015 with their seventh studio album Waterfalls, Getintothis’ Peter Guy picks his top 10 from one of America’s most enduring bands of recent times.

There was a period in the late 90s and early 2000s in which music journalists almost ruined a kind of music for the lot of us. Such was the saturation of artists and bands coined ‘alt-country’ or Americana it became a loose byword for any auld stiff in ill-fitting clobber with a dodgy barnet, wayward accent and moderate use of the acoustic guitar to seemingly warrant a 40-page cover feature. The result was about as cool as the contestants on Bullseye.

As with any proliferation of over-zealous music outpourings there’s always a ground zero, and we’re firmly pointing the finger of ‘blame’ at Lambchop‘s exquisite gospel-infused-porch-soul-rockarama Nixon; an album of undeniable greatness which acted as the zenith in a peak era for white American fellas revisiting their musical roots and injecting it with enough cosmic country sonic artillery it seemed heaven sent.

A year later, and another kind of cosmic soul brew was stewing over in Cassadaga’s Tarbox Road Studios, as Jim James‘ six-piece collective were laying down the finishing touches to their second album, At Dawn, a record which would prove the decisive turning point in another of alt-country’s key touchstone bands: My Morning Jacket.

From the promising yet hardly about to set the world alight debut of The Tennessee Fire, My Morning Jacket’s sophomore effort elicited a melancholy longing which could be traced right back to After The Goldrush yet contained an effervescent rock & roll sparkle and euphoria which lifted their music head and shoulders above many of their contemporaries. And then there was the band’s key weapon – James’ spirit-cleansing vocal which seemed to have the reach and magnetism comparable to beams of light from the moon. Far-reaching, positively drenched in heart-broken yearning and as delectable as a Beach Boys choral harmony, James’ vocals underpinned almost the entirety of At Dawn ensuring My Morning Jacket were a cross over success.

They followed At Dawn with two records arguably even better; 2005’s synth-laden psychedelic mini epic Z and 2003’s sprawling career-peak It Still Moves. Such was their international reputation, Pitchfork (hardly noted for dishing out critical hyperbole) cited the band as ‘one of America’s preeminent contemporary rock bands’ and it made justifiable sense that in 2006 they released the magnificently sprawling double live album Okonokos – which reinforced their status as a force both in the studio and on stage.

Getintothis can remember seeing the band in action at two Glastonbury festival appearances – the first an exercise in tightly honed emotive excellence, the second a whirlwind of expansive cinematic sound collages and windmilling hair-dos – both were highlights of the respective festivals but the second performance edged it if only for the fact that MMJ had the plug pulled on them such was their outrageously extended guitar soloing which they clearly wouldn’t have finished had organisers not killed the electricity. They were simply magnificent.

Our love for the band – and what makes them infinitely more endearing than many of their contemporaries – is that while for a small time they genuinely were one of the United States’ finest musical exports, they decided to almost willfully sabotage their own upward journey by releasing the quite abominable Evil Urges; a falsetto-funk mutant oddball of a record which saw James attempting to emulate his hero Prince both vocally and sometimes lyrically with lyrics like ‘Tapping your lines, peanut butter pudding surprise…‘ and song titles like the two parter Touch Me I’m Going to Scream. While not wholly disastrous, it was a low point – but like Neil Young‘s Trans or Beck‘s Midnite Vultures it’s these impulsive creative whims which make for more intriguing twists in what could be a pretty assured yet ultimately less fulfilling back catalogue.

Two albums later and they’re back on track. In 2011 they released their sixth studio full length, Circuital, somewhat ironically after the dirge of Evil Urges, it became the band’s biggest seller, rewarding fan’s loyalty with a tight, spacerock ride into psychedelia and after four years away (which saw James moonlight as a solo artist and form collaborative project The Monsters of Folk with fellow alt-country heads Conor Oberst, M. Ward, and Mike Mogis) My Morning Jacket are back with another belter, Waterfalls –  a piece of work which melds all the ingredients which made them such a highly-regarded package; iridescent harmonies, freak-out instrumentation, profoundly affecting melodies and that voice. It’s great to have them back – here’s Getintothis‘ top 10 My Morning Jacket. 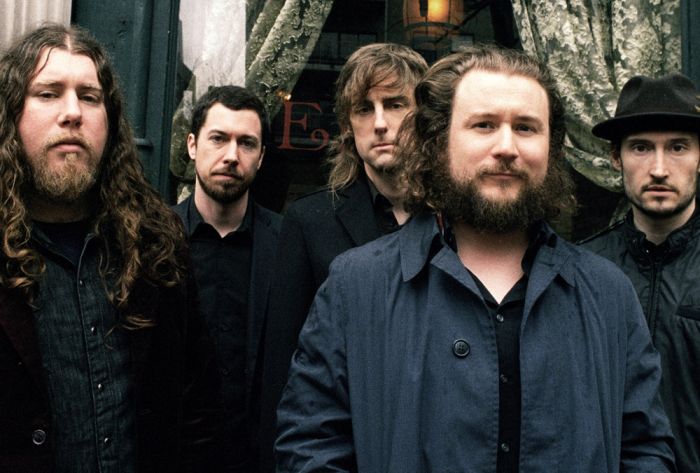 A languid funk hymnal offering from the band’s fourth studio album came as something of a shock to fans and demonstrated where James‘ ideas were heading – like it or not. A concerted Prince fan, James adopted an even higher falsetto register across much of the album and injected choppy rhythms and gurgling synths. The results were mixed but on Wordless Chorus it worked to sublime effect with a heavenly chorus married to a soulful almost-holy gospel groove.

It’s impossible to overstate just how important harmonies are to MMJ. In some respects they’re to Americana what The Beach Boys are to surf-pop and on the towering opus I Will Sing You Songs it’s easy to see the connection; Phil Spector-like reverb laden vocal walls power this simple lullaby into the stratosphere and without any discernible structure (verses are a non-entity) you’ve been whisked off on a nine-minute journey into the cosmos – they even throw in a Hawaiian-vibed outro to calm you down.

My Morning Jacket‘s seventh studio album sees them return to their roots – it’s a wise move as The Waterfall is one of their most consistent to date and ensures they remain a vital force following a handful of experimental missteps. Tropics employs all their characteristic touches; James’ searing vocal and gunslinger guitar twangs while the final third utilises an over-driven buzzsaw soloing underpinned with epic orchestration. Awesome.

A return to form after the disastrous Evil Urges, Circuital saw MMJ admirably continuing to experiment and their sixth album employed spacerock psych with orchestral rock & roll. The opening track set the tone with triumphant brass, whacked out axe jams and cosmic synths. It’s all about that horn riff, though.

The first track we heard by My Morning Jacket came courtesy of a cover mount CD – mostly likely off Uncut – and it remains one of our favourites. A repetitive refrain built around a simple guitar motif and marimba-like percussion. Seemingly effortless, yet drenched in emotive richness.

So intrinsic is James’ vocal to the magic of My Morning Jackets music that at times the instrumentation can seem almost insignificant. Bermuda Highway is one such example of a sparse, finger-picked lament brought to life by his glistening, almost celestial voice. Divine stuff.

One of the band’s key strengths is to sound like the most lonesome in the entire world; subtle atmospherics and a deft use of space allows you to be sucked into their troughs of sorrow – and on Dondante the well of pain is profound. For much of the opening four and half minutes little happens before a cacophony of dramatic rock & roll clatter is ushered in by James’ cracked pained howl which shatters completely at mid-track. A two minute cello-led comedown ensures you exit feeling wrung out and just as alone as you were before.

Another track which could top most band’s career output. As colossal guitar intros go this is up there with Led Zep‘s In My Time Of Dying, Oasis‘ Slide Away and Floyd‘s Shine On Your Crazy Diamond; all tinged with mournful sadness yet monumentally huge. Butt Run Thru‘s biggest moment doesn’t arrive until two and a half minutes in as the seas part and an instrumental tribal battle unfolds with rapturous guitar trading blows with modulated-synth, disco hi-hats, stomping toms and finally ray-gun atmospherics before the whole thing collapses in on itself returning to the mournful Americana out rock. It’ll leave you completely breathless.

We could include virtually every track from MMJ’s 2003 masterpiece It Still Moves, yet on a record littered with high points, One Big Holiday serves as the pinnacle – a track which the band cite as the sound of them celebrating being ‘discovered’ – and boy, how it shows. An ecstatic cyclical swirl of majestic colour showcasing their finest assets in joyous technicolour; you almost wish it never ends.