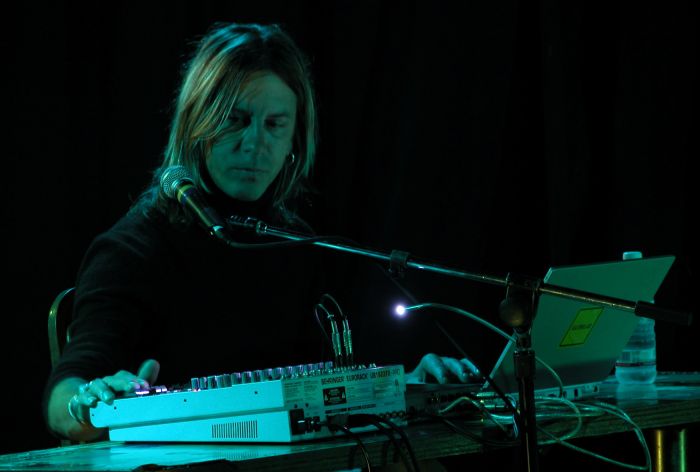 As summer turns to autumn what better way to usher in the season of mists and mellow fruitfulness than a special super-rare performance by acclaimed avant-garde composer William Basinski at The Kazimier.

The New York based minimalist sound artist will be performing as part of Saisonscape, a quarterly series of events run by The Art Assembly. The aim of the series is to capture the changing seasons through a succession of experimental music events. The autumn season features performances in venues across the country by artists whose work draws its influence from notions of decay.

Such notions are particularly true of Basinski whose most celebrated work, The Disintegration Loops, uniquely captured music in a state of decay through the medium of degrading tape. Long associated with tape loops, this work was not altogether planned. It came about while trying to digitise recordings on decades-old tape with the fragility of the recordings providing an aural timestamp of their demise.

The Disintegration Loops mirror the fragility of our own existence. Much like the tapes as they disintegrate audibly in perpetual loop over the capstans, we are constantly ageing. Physical and mental prowesses diminish as time tightens us in its grasp. It is in its reminder of our own transience, our inevitable decay, that his music resonates so powerfully. Without such an awareness there is little need to seize the day and make the most of life’s rich tapestry. This sense of our own decay is ultimately uplifting, creating new opportunity and new growth.

In many ways Basinski‘s broader work ties in with perceptions of autumn; the growing melancholia as the days shorten and life’s pace slows. Meditative and ambient he uses tape, primarily, to create melodic loops of feedback that wash over the listener in waves. This is music in its most contemplative form and will be a perfect fit for that most contemplative of seasons.

Like autumn itself, there is also a sense of renewal in Basinski‘s music. As the leaves decay so they provide a fertile mulch for something new to grow. In using the old to create new artistic forms, Basinski‘s works mirror the natural world. A perfect loop, if you will, as borrowed, forgotten and found sounds are recreated into new inspiring works of sonic art.

The Decay performance will feature two of Basinski’s more recent compostions, Cascade and The Deluge. Cascade, is a simple yet hauntingly affecting piano piece endlessly looping over a shifting landscape that strongly echoes the passage of time. The Deluge is an angrier more abrasive piece, perhaps suggesting the futility of fighting against the inevitable passing of time. The piece ends in resolution, signalling that harmony is only found when one becomes accepting of the unchanging inevitabilities of life.

Baisinski is also famed for his Arcadia studio in Brooklyn, a creative space to encourage and develop like-minded and free-thinking musicians. This cultural community was celebrated last year in a series of specially curated performances in London featuring the likes of Rhys Chatham, Charlemagne Palestine, Michael Gira and Liverpool’s very own Ex-Easter Island Head.

This will be a genuine one-off performance by one of the world’s most one-of-a-kind composers. With no second chances, you’d be made to pass this one up.

Saisonscape: Decay with William Basinski is at the Kazimier on Thursday September 17 2015.