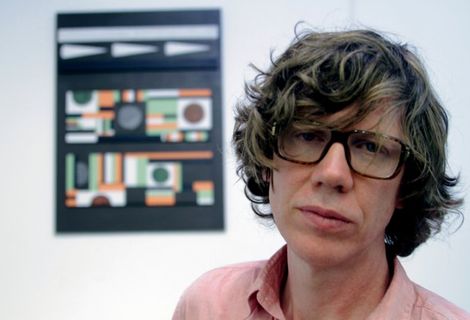 Thurston Moore chats to Getintothis ahead of Sound City show

Revealing his love of both avant-garde pioneer Adrian Henri and the city of Liverpool, Getintothis’ Matthew Wood talks to Thurston Moore ahead of his anticipated Sound City performance.

Thurston Moore is, to put it simply, a fountain of knowledge, and he oozes the kind of knowledge that you really wish you knew. He boasts one of the most impressive musical resumés you could imagine; a pioneer of the ‘no wave’ scene with his band Sonic Youth, racking up 15 studio albums over a 30 year career, as well as having his hands in countless side projects and collaborations including Chelsea Light Moving and a past member of fellow Sound City innovative rockers Swans.

Moore has recently become a UK resident, moving to Stoke Newington and forming The Thurston Moore Band with guitarist James Sedwards, bassist Deb Googe of My Bloody Valentine and Sonic Youth drummer Steve Shelley. As a major fan of British music growing up, Moore’s transition to London always seemed in the pipeline.

“To live in London where these bands like Slits and Wire lived is remarkable… I’m actually living in this city that meant so much to me since I was a teenager” says Moore, “I was so enamoured by the music that was coming out of England, even before punk rock”.

Moore professed he “really needed to write songs” and his latest outing with his newly formed supergroup, titled The Best Day, is “very much a London album” formed while “getting my bearings” he admits.

While Moore was perhaps still dipping his toes into his newfound London life, he’s taken to his seat in the cockpit of his new band quite comfortably, taking a wholly different approach to his time in Sonic Youth. There was a clear democratic feel to the Sonic Youth set up allowing the group to do whatever they like as long as it didn’t mess up the rest of the band but “this is a fascist’s dictatorship” Moore states jokingly, “to be perfectly honest it’s my way or the high way”.

So perhaps the somewhat egotistical band name is justified in that Moore dictated the album. He’s not so fond of the title himself but had given up on searching for a band name because “you’re never going to be as cool as the band you left”, before joking that “The Thurston Moore Band is so fucking boring, it’s like ‘Liam Gallagher and the Beady Eye Birds'”.

Despite the “boring” band name, it is one that we were all overjoyed to see crop up on the Sound City line-up. After Moore made an appearance at last year’s conference, we were all hoping he’d make a return to the city, a city that for him has been so inspirational.

“Liverpool is one of my favourite cities in the world, I’ve always loved going to Liverpool… it has a certain kind of vibration to it that I find really sort of alluring.”

His love for Liverpool is ignited through the obvious and, in typical Moore fashion, the not so obvious. While he loves the pubs, the football and the charity shops, for Moore Liverpool owes a lot of its allure to the poetry-rock group Liverpool Scene and its founder Adrian Henri.

“I’m a huge enthusiast for the work of Adrian Henri, he was a long time Liverpool resident, a painter and a poet and a publisher and was very significant to a lot of what has happening in the counterculture in the 60’s as far as introducing the Avant-garde to Liverpool and the rest of England. He’s a big hero of mine.”

Moore then goes on to note how important Adrian Henri was for The Beatles. He cites his influence on the collection of Beatles records we all have on our shelves today, as well as highlighting how The Beatles helped catalyse the counterculture movement into something so iconic.

“(Henri) was very significant to certain people like Paul McCartney“ and his influence “leads into Paul’s interest in the Avant-garde and him coming down to London and living up above Indica Gallery where (Barry) Miles had this book store that dealt with Avant-garde poetry and such.”

McCartney was in fact the first customer and his involvement with Barry Miles and the forming of the bookshop led McCartney to delve into the realm of metaphysics and beyond, establishing a strong connection between the Avant-garde and his songwriting. If Moore hadn’t provided enough factoids to fuel our intrigue, Indica Gallery has been hailed as hosting John Lennon’s first encounter with Yoko Ono.

Moore’s wealth of knowledge continues to ooze: “That whole timeline of the counterculture is fascinating to me and certainly how The Beatles interplay with it is extremely significant; it allows this band that is so monolithic in the culture to actually disseminate a lot of more interesting and intriguing kind of profound ideas about expression, music and art through their own music, which is the most commercial avenue it could ever have.”

Arguably Moore plays a similar role in introducing the Avant-garde and perhaps making the considerably inaccessible far more accessible for many. His use of non-standard tuning and utilisation of the guitar opened so many doors for musicians, revolutionising what can be done with six strings.

So what can we expect from The Thurston Moore Band at Sound City and beyond? At the moment the rest of the band just do as they’re told and “go with it” whenever Moore brings a song to the table. However, “on the next set of recordings which are happening very soon, now that I know who the musicians are… I’m writing with the idea of how they can play”. So perhaps a more diverse record will be on the horizon, and in particular more original involvement from James Sedwards who Moore describes as a “killer guitarist”.

One thing we can expect is The Thurston Moore Band are not going to milk the moment; they’re here to play music, brilliant music at that. There’s a “different aesthetic at play with this band, we soldier through and give it our all and the new get the hell out of there.

“When you’re finished playing you get off stage, you leave and you leave as fast as you can”.

The Thurston Moore Band play The Atlantic Stage on Saturday night, make sure you catch the immense musical alliance before they “get the hell out of there”.