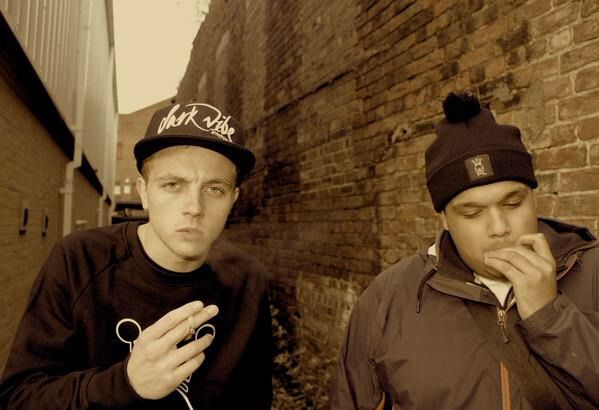 With Liverpool’s unquenchable thirst for hip hop growing,  Beyond Average have all the ingredients to feed your appetite as Getintothis’ Craig MacDonald finds out.

As each passing week brings news of another stellar hip hop act gracing our fair city with their presence, it’s easy to neglect the fact that we have a thriving hip hop scene on our doorstep. Right at the forefront of that movement are the MC duo of Big O and Jeopardy that together make up Beyond Average.

Fusing together elements of grime and dub step, Beyond Average bring together immersive beats with magnetic hooks that stand as a firm basis for their fantastic lyrical content. On their debut album Great Minds Think Alike, the groups take on modern-day life is littered with satire and irony but also bears a shockingly accurate, truthful look into what many people would find normal day but to others prove a real eye opener into the underbelly of society.

The devilish rhymes of Big O and Jeopardy are in full flow from the start with title track Great Minds Think Alike’s instantly addictive beat hooking you in with a distinctively West Coast feel before the duo spill out a lyrical onslaught. There is a brashness to the way that Beyond Average deliver their tales yet it’s with vigour and passion that help to bring across the meaning behind their dynamic lyrics.

On The Road Is Long , the struggles that many face today are laid bare with the group not shying away from the gritty issues that are all far too often, becoming more and more familiar today.

Clearly, the group are creating all the right noises with the likes of Radio 1Xtra proving a big fan of their work. With outstanding support slots for Dead Prez and Ghostface Killah, the MCs have been added to growing bill at Urban Weekender this November. Proving they can deliver the goods in the flesh too, the momentum is rightly building with them.