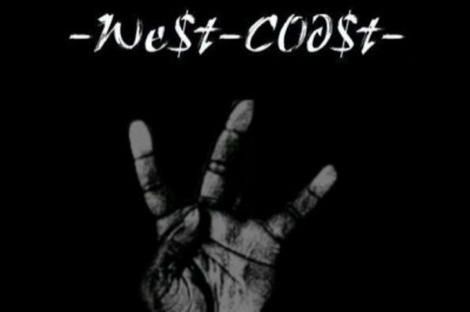 The west coast of America is sun-drenched and smooth, and its musical output is at once fresh, laconic and exciting. Ahead of The Pharcyde’s visit to Liverpool, Getintothis’ Laurie Cheeseman brings you ten of the best hip-hop albums from one of the most mythologised parts of the world.

After bursting onto the underground rap scene in the early 90s and releasing a handful of first-rate jazz-inflected hip-hop albums (one of which was produced by the titanic J.Dilla), The Pharcyde are doing one of those tours.
You know the kind we’re on about; they haven’t released anything in donkey’s years and then, ‘for the fans’, take a classic album on an arbitrary anniversary tour.
However, their show at the East Village Arts Club on July 1 is different, and that’s down to how much the Pharcyde, and especially the tour’s source material in Bizarre Ride II The Pharcyde, stand out as a pristine artefact of the era.
Always more in tune with what the Native Tongue Posse were crafting in NYC than their own native LA’s gangsta vibes, their classic boom-bap has been resurrected by the Beast Coast collective, Action Bronson, Tree and their ilk.
With impeccable timing, two of the groups founding members, Slimkid3 and Fatlip, are celebrating the West Coast’s answer to Native Tongue cuts and one of the greatest hip-hop albums of the 90s golden era.
In fact, Bizarre Ride II the Pharcyde has proven doubly great given it dropped at a time when the West Coast was dominated by hardcore and gangsta groups riddled with beef.
The Pharcyde are and were different, taking deep (and occasionally absurdest) lines and playfully inventive beats.
In preparation for what will no doubt prove to be Liverpool’s hip-hop show of the year, Getintothis’ casts an eye over the cream of the crop selecting our top 10 West Coast hip-hop albums. 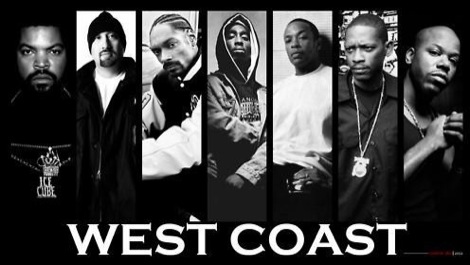 10. Schoolboy Q: Habits and Contradictions (2012)
After a few years in the wilderness, in no small way caused by the twaddle peddled by 50 Cent), gangsta rap’s come back finally came to fruition on Schoolboy Q’s sophomore effort.
Instead of the two dimensional bad asses normally portrayed, Schoolboy explores the contradictions that usually riddle real bad asses; going to church then poppin’ caps straight after and the odd drug-fuelled rampage to lighten the heavy mood. As you do.
His collaborations are few and far between, and the ones who are there are top dollar. Let’s be honest, A$AP Rocky, Kendrick Lamar and Ab-Soul aren’t exactly ever going to pop up and ruin a song are they?

9. Ice Cube: AmeriKKKa’s Most Wanted (1990)
Given his history as a chap with an attitude from the streets of Compton, it’s strange to think Ice Cube now potters about making second rate family movies. AmeriKKKa’s Most Wanted was an unexpectedly brilliant east-west mash-up.
Released just after his acrimonious split with N.W.A., his debut solo effort featured production from Public Enemy’s groundbreaking Bomb Squad, the perfect accompaniment to Ice Cube’s tales from the streets.

8. N.W.A.: Niggaz4life (1991)
Despite being less trumpeted than it’s predecessor 100 Miles And Runnin’, this record marked the moment the west coast finally stepped out of the long shadow cast by the east coast and Brooklyn and the Bronx in particular.
What’s more, it has to be the most menacing album ever released; blood-curdling than Slayer, more brutal than Mayhem.
Despite some controversy concerning the ultra-violent themes and a sprinkling of misogyny, this album features some of Dr. Dre’s (and not forgetting DJ Yella) finest production to date.

7. Death Grips: The Money Store (2012)
This is not exactly an album to listen to while in the grip of a hangover.
What could so easily have been an alienating experience instead turned out to be one of the most immediate and experimental albums released in a long, long time.
Death Grips’ visceral rush of samples and warped synths feels far more akin to hardcore punk not hardcore hip-hop, which is probably to be expected given their hometown of Sacramento is more well known for producing groups bands like Trash Talk than rap.

6. Eazy-E: Eazy-Duz-It (1988)
Sillier, and yet somehow more malevolent than his parent band N.W.A.’s Straight Outta Compton, it is Dre’s production of several of the album’s tracks which is really the star of the show here.
Eazy’s unique delivery and skill with rhymes leaves him standing as one of the most iconic, and sadly missed, rappers produced by either coast.

5. Shabazz Palaces: Black Up (2011)
After relocating to Seattle and becoming the first hip-hop group to sign to the legendary Sub-Pop Records, Ishmael Butler’s (previously of NYC based jazz-rap pioneers Digable Planets) new project dropped an absolute stunner back in 2011 and demolished the wall of mystery surrounding the band.
The round-the-houses song structure, intricate lyricism and amorphous, subtly psychedelic production explored what it is to be black, and exist in general, in 21st century America without ever sounding a bit, well, back-packerish.

4. Beastie Boys – Paul’s Boutique (1989)
Another excellent east-west crossover. Although Beastie Boys themselves are born and bred in Brooklyn, the album production team, in the shape of the Dust Brothers, were wholly west coast in their sound and funkcentric approach.
The album predated and ushered in the postmodern sound of 90s alternative music with its utilisation of heavily layered samples.
It’s not hard to see why it initially bombed; the albums playful experimentation was miles away from the jockish frat-rap of their debut Licensed to Ill.

3. The Pharcyde: Bizarre Ride II The Pharcyde (1992)
Taking the Native Tongue Posse’s sound to the west coast, the soul-inflected rhythms and rhymes that were often far more jazz than rap were taken to the next level by J-Swift’s production skills.
Bizarre Ride II the Pharcyde tackles issues ranging from relationships to ‘The Man’, proving a massive breath of fresh air when compared to the gangsta obsession of their hardcore contemporaries.
It proved originality is just as important for hip-hop as keeping it real.
But hey, let’s not forget their goofy side; Ya Mama still has us peeling at the sides after the nth listen, and Passin’ Me By is still one of the most heart breaking tales of high-school crushes committed to record.

2. Dr. Dre: The Chronic (1992)
Magnum opus, tour de force, masterpiece…that’s all we can really say about this album. Well, that and it’s one of the best-produced albums in history and showcases some of Snoop Doggy Dogg’s finest raps.
Listen to it yourselves to really feel the album’s majesty. Words alone cannot do it justice.

1. Kendrick Lamar: Good Kid mAAd City (2012)
Kendrick’s lyrically cogent concept-led major label debut was rightfully declared a modern masterpiece.
‘A Short Film by Kendrick Lamar‘, detailing Kendrick’s rise from a young upstart to his triumphant victory lap with kingpin Dr. Dre.
His flipping of the whole gangsta shtick was (and still is) a breath of fresh air; especially in a scene where the choice of producer as much as their own flow really defines a rapper’s vibe.